This BangShift Approved Solution To Shifting A 4L80E Transmission Utilizes Light Switches, Miles Of Wire, And A Cell Phone 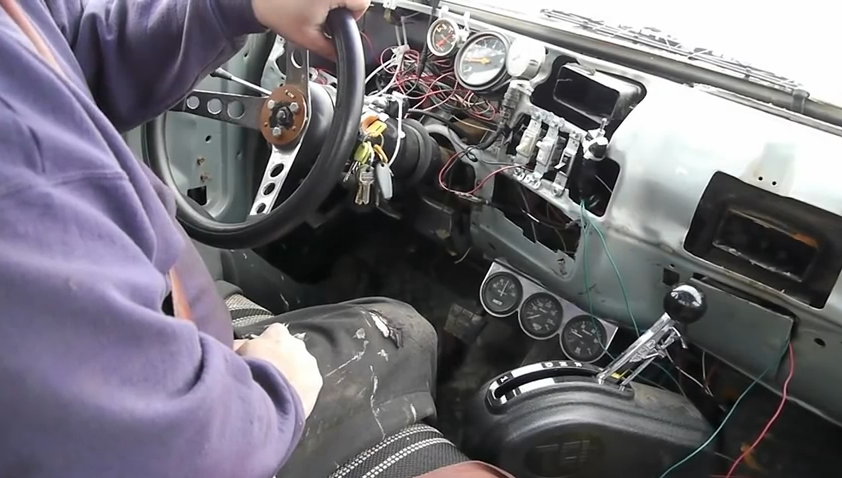 Hot rodding isn’t always pretty, right? The aftermarket is there to develop polished, working, and properly finished parts but there’s the other side of the hobby that manages to figure out the problems on their own, sometimes in unorthodox ways that blows our mind regularly. This could be the single greatest example of that and the tip for the video came from a member of our forum section who stumbled upon it and reposted it for the rest of the forum readers to check out. I happened to be in the forums and saw the thread, watched the video and knew it needed to be here on the front page.

The video is kind of long, like 12 minutes but I’ll be honest and tell you that it is worth the whole watch. You can see him driving the truck from 9:00 on but you really need to watch the whole thing to see what this guy did and why it has worked. This is a late 1970s dually with a carb’d engine that is fired by an HEI and has NO computer. To set the scene, the cab looks like a complete disaster with wiring and everything all over the place, a windshield that looks like it stopped a couple of small caliber rounds and a driver in a pair of ragged looking pants.

The dude who owns the truck and who came up with the light switch solution knows the inner workings of the transmission very well. He knows what the electronics are responsible for and he’s got the thing set up where he throws the switches in sequence to shift the transmission. He has the lockup converter wired to a third light switch which he throws and locks the sucker up as he is driving. The thing is completely fugly and jacked up looking but it does work. Granted, it makes these shifts at like 100% pressure which is probably not the greatest thing for the life of the pump but again THIS GUY IS SHIFTING HIS TRANSMISSION WITH LIGHT SWITCHES!

The finish work is lacking, the interior of the cab looks like it could be part of the set of a horror movie, but damn it if this insane hackery isn’t BangShift approved. Hey, sometimes you have to look past the fugly and look at the fact that function rules all. Right?

2 thoughts on “This BangShift Approved Solution To Shifting A 4L80E Transmission Utilizes Light Switches, Miles Of Wire, And A Cell Phone”