When Brian sent me a link saying that he found “the most BS approved vehicle manufacturer on Planet Earth” I will admit I had a moment of skepticism. BangShift has easily the widest diversity of any automotive site that I know of, period…how in the hell did Bruab manage to find one manufacturer that could bring together all of BangShift? My skepticism doubled when I saw that the URL for the site ended in .ca…Canada. Eh? Canada makes cars for the U.S. market, sure, but an actual Canadian manufacturer? Canada makes buses for at least three arms of the Volvo Group (Prevost, Volvo and Nova Bus), and New Flyer. Terradyne Armored Vehicles calls the provinces home as well. But none of these really stood out as the one that Lohnes was going feverish over. 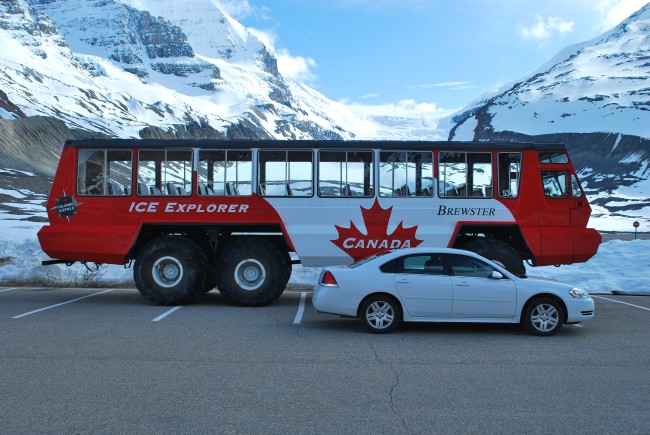 The company he was talking about is Foremost, and they build a lot of things that are meant to support workers in the gas and oil fields, such as drilling equipment, storage tanks and maintenance items. The vehicles they build have sole purpose of working in austere conditions and challenging terrain that the tundra, Arctic and Antarctic areas are known for. While the tracked vehicles such as the Nordwell are awesome, one vehicle stood out from the rest: the Terra Bus, which is essentially the most badass tour bus on the planet, period.

Terra Buses are primarily used in the Arctic, either as personnel carriers or in certain areas, as a tour bus to ice sheets and glaciers. There is one Terra Bus that inhabits the Antarctic region, which has been nicknamed “Ivan The Terra Bus” and is used to transport scientists around McMurdo. 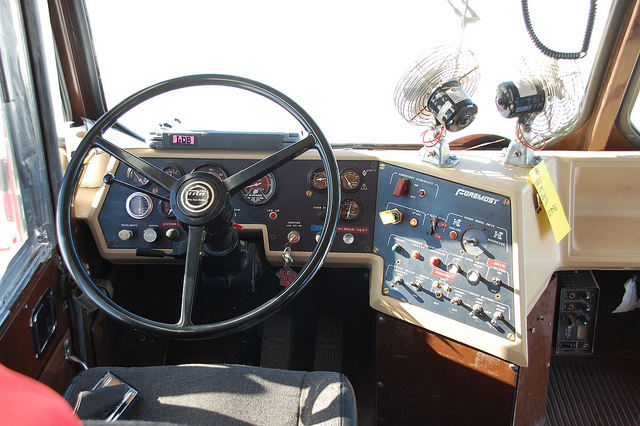 The Terra Bus is essentially a severe-duty tri-axle truck that is designed to roll over the surface with as little impact as possible. Those large-by-huge tires allow the 43,000 lb. bus to only put 15 psi of pressure on the ground. They are powered by a 250hp Detroit Diesel four-cylinder (though “Ivan The Terra Bus” has been converted to a 300hp Cat engine). Power is sent through an automatic out to all six wheels, allowing these huge beasts to travel anywhere they damn well want to at speeds up to 26mph. Up to 56 people can go along for the ride, along with their gear in the underbody storage. While the speeds aren’t quite up to highway level, you can’t argue with a bus that can go into the harshest conditions on Earth and do just fine. 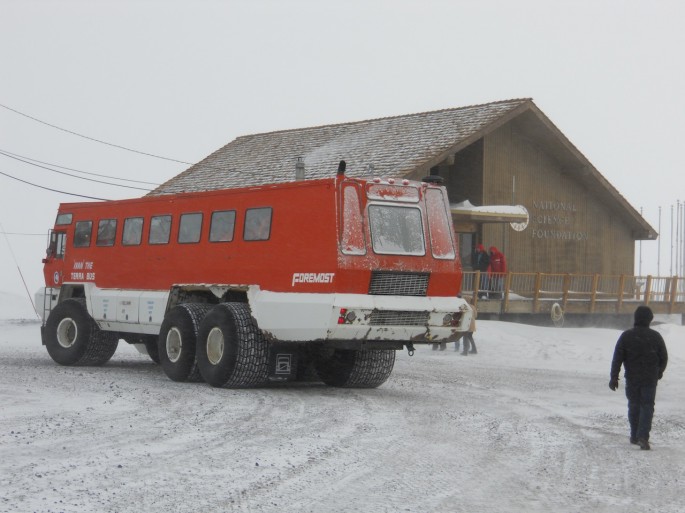 To see the rest of the vehicles that Foremost builds, CLICK HERE 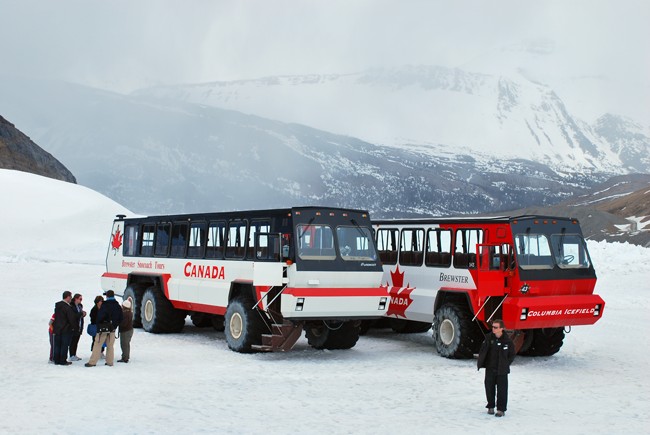 Satellite Launch, Part 7: Enjoying The Fruits Of All Of That Labor Random Car Review: The Toyota 222D, A Stillborn Group B Rally Response From Toyota

One thought on “BangShift-Approved Tour Bus: The Foremost Terra Bus…Nothing Will Stop This Monster!”