Chadmouth: Why Is It That Virtually Everyone Selling Something On Facebook Is An Imbecile? 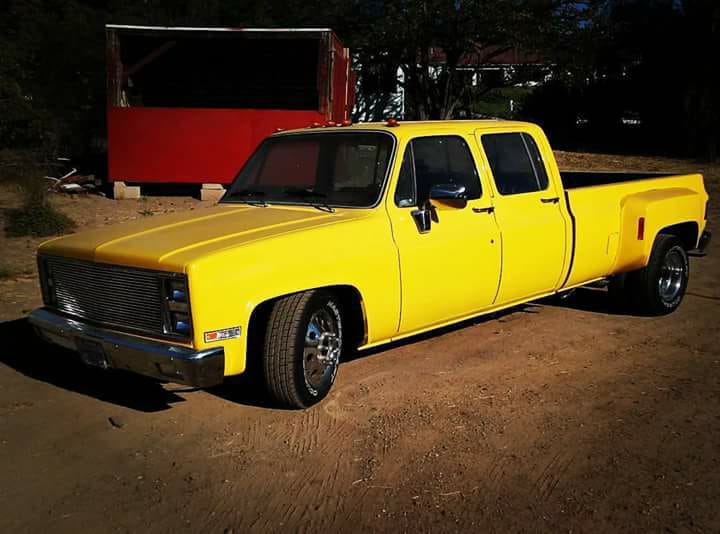 I’ve been shopping for a Square Body Dually for the past few weeks, and have been excited by the fact that never in history has there been more available resources or outlets to explore in search of anything and everything you could ever want. Sure the standards like RacingJunk.com, ebay, Craigslist, etc are all available, but now there are a jillion different ways to list something on Facebook and all the other social media outlets. How bitchin is that?!

NOT BITCHIN AT ALL!!! is the answer you should have given. And here is why…

You know how nobody can form a sentence, spell, or behave like an actual human on ANY social media? You know how people think that dumb stuff is cool? You know how everyone on Facebook thinks that two or three words is a statement? Those imbeciles are selling stuff on Facebook and using the same writing style. It’s enough to make you scream at your computer screen. And I thought people listing things on Facebook had a hard time making sure there was good information about the item for sale, but they are practically perfect in every way compared to the lack of sense I’ve found in my Facebook searching. Have the Russians hacked the brains of anyone using Facebook? Hmmmmm

Here’s an example, that I’ll discuss without mentioning any names. This is representative of more than a dozen Facebook exchanges I’ve had via comments or Messages with regards to a particular truck. I’m going to call the seller Bob, for no reason besides it being short and descriptive of what I’d like to tell them to do.

Several people comment asking how much and he responds $4000.

I respond asking for more photos, information, and location of the truck.

Bob responds. “Chad, why don’t you tell me what particulars you are looking for.”

WTF do you think I want to know?

I respond… “Bob, I’d like all the information you would want to know if you were looking at buying a truck that is NOT down the street from you where you can just go look at it?  Here’s what I would like to know Bob.  Does the truck have a clean title in your name? Is the registration valid or does it require a smog still? What smog equipment is missing? What city and state is the truck in? Does it run and drive like a normal vehicle or will it require work to drive it 500 miles or more? I would like more photos. Photos of the areas that are typically troubling on a Square Body Chevy. I would also like exterior, interior, underhood, bed, and dually fender photos, along with any damage to the truck.”

“What I’m trying to say Bob, is that I want all the information any normal person would want to know before discussing pricing or negotiating a deal on a car or truck that is halfway across the country from them.”

What I wanted to say was, “Ship the f’ing thing to me, I’ll look at it since you can’t get me the info I want, and if I like it I’ll send you money. If not, I’ll send it back. Or not you stupid ass.”

I feel like Earl Pitts, American  when ready this kind of thing and getting upset. It just makes me want to scream and laugh at the same time. I have almost no doubt that I’ll be buying something from Racing Junk, Craigslist, Ebay, or word of mouth and that Facebook listings will mostly be for my own enjoyment as I mess with people.

Joe Jones' 1978 Crew Cab Dually SHORTBED, Is A Thing Of Beauty And Can Be Yours...If The Price Is Right. Project Binky Episode 16 Is Here! We Never Imagined An All-Wheel Drive Old School Mini Cooper Could Excite Us This Much

20 thoughts on “Chadmouth: Why Is It That Virtually Everyone Selling Something On Facebook Is An Imbecile?”