Mini-Feature: A 1957 International Welding Truck That’s The Same As It Was When It Left The Job Site 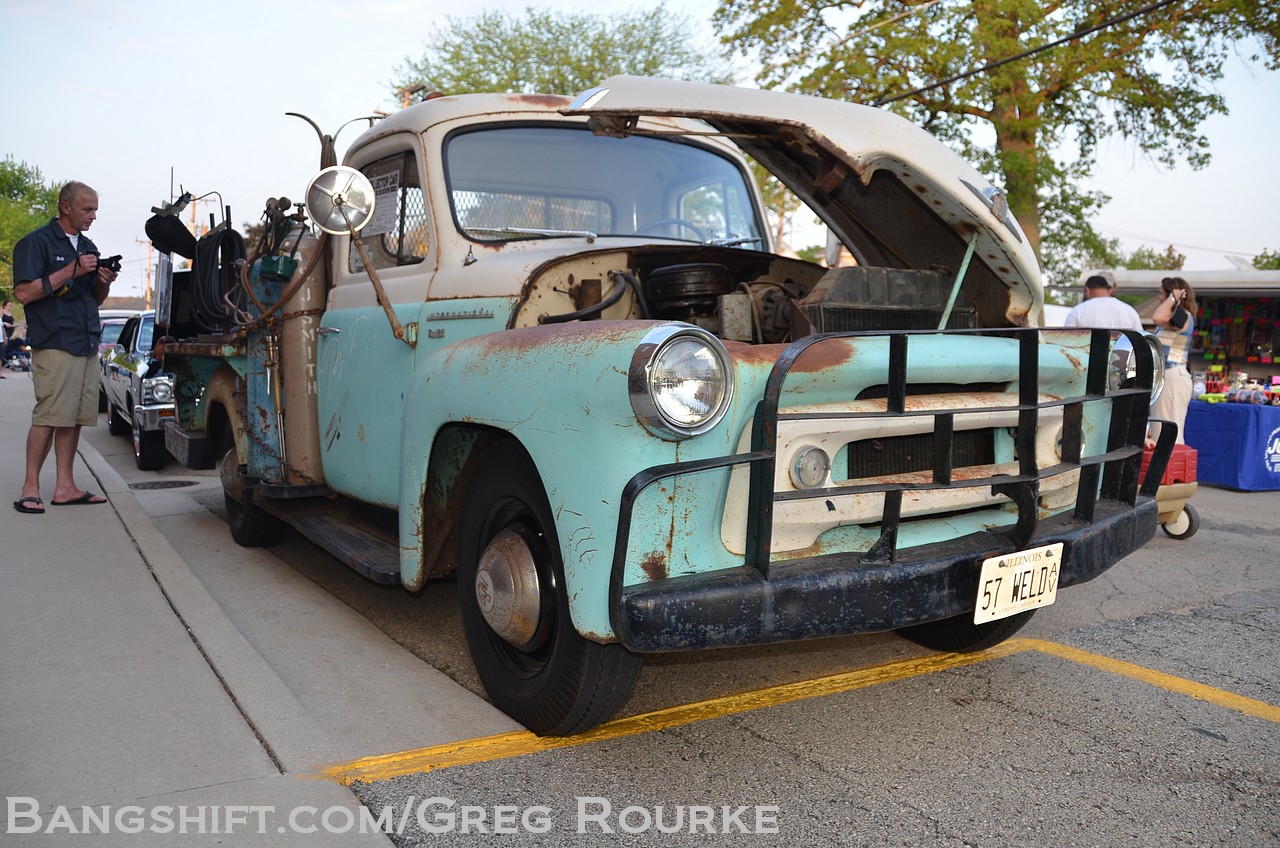 (Words and photos by Greg Rourke) – We sometimes see a guy at car shows with a 1957 International Harvester pickup. He tells us his grandfather bought the truck brand new, and converted it for his job as a pipeline welder. The welder/generator is belt driven off the driveshaft, there is a gearbox  that allows either PTO or power to the differential. IH offered an engine governor that would let the engine idle until a demand was placed on it, but the owner found it reacted too slow for welding. He would strike an arc and the electrode would stick, as the welder wasn’t up to speed. He devised his own setup, which can be seen in the engine photo. Grandpa fabbed up the front grill guard, the rear bumper/work bench, as well as work benches over both rear fenders. Vintage regulators on the oxy/acetylene tanks, bench grinder and hand tools are all from 1957. The owner had some small photos of Grandpa and the truck working, one where he was shoulder deep in a trench, the pipe almost in his chest as he was welding. Loose spoils piled high next to the trench, and of course no shoring of any kind. Back then they though OSHA was a city in Wisconsin.

(Editor’s note: This truck is totally awesome and is a literal time capsule of what constituted a functional work truck back in the late 1950s-whenever it was done gluing pipe together. We’d bet that old Lincoln welder still works and obviously the truck itself is mobile as it is regularly seen by Bob and Greg at shows. The huge front and rear bumpers with their various additions for different welding operations are awesome, the old bottles ans regulators are great, the faded door paint is just about perfect, and it would be a damned shame to see any of it changed. Just like some cars are better left un-restored, so is this great old work truck.)

HIT THE LINK TO SEE MORE THAN A DOZEN PHOTOS WITH GREAT DETAIL SHOTS, OF THIS OLD TRUCK! 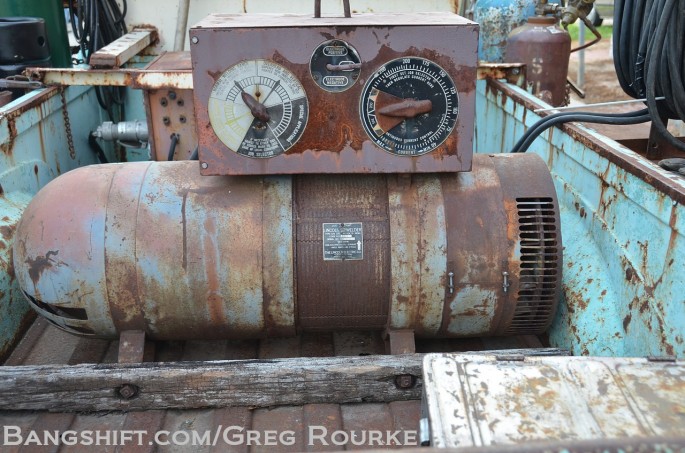 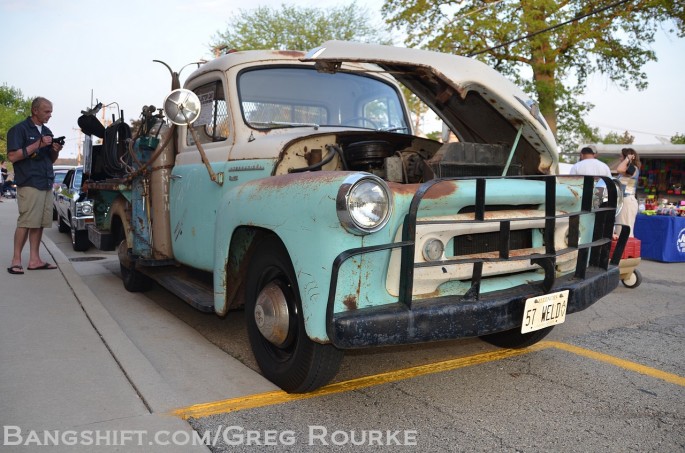 7 thoughts on “Mini-Feature: A 1957 International Welding Truck That’s The Same As It Was When It Left The Job Site”