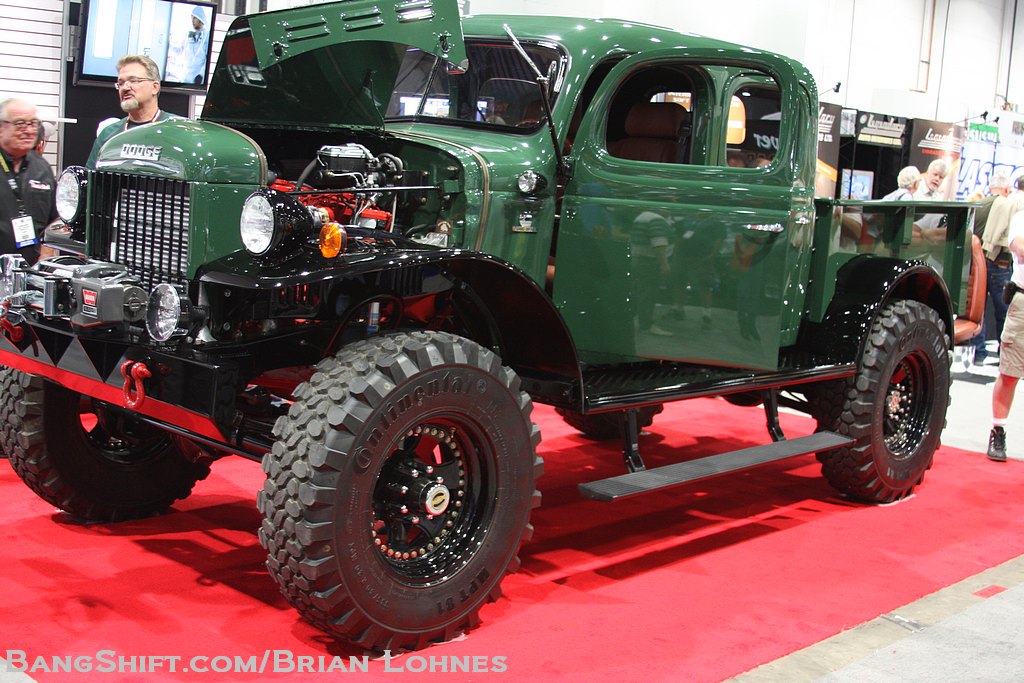 There’s literally dozens of vehicles here at the 2012 SEMA show that deserve coverage on the pages of BangShift and we’re planning on getting to many of them in the coming days and weeks, but this 1949 Dodge Power Wagon crew cab monster built by Legacy Power Wagon of Jackson, Wyoming will be the first. This truck is a jaw dropper in every aspect. From the monster axles to the Atlas transfer case, the four cylinder common rail Cummins diesel, and oh yeah, the hand fabricated crew cab made from pieces of three different trucks, this Power Wagon is all that is good and right with the world of hot rodding and trucks.

After we stopped weeping uncontrollably with joy after seeing the truck we latched onto one of the Legacy Power Wagon reps and starting grilling them about the beautiful wonder we had seen. To start with, Legacy has done several of these and they offer conversions in extended cab variations along with standard cab and crew cab as well. The truck sits on a stock power wagon frame for starters. That struck us as very cool. If this was simply a late model Dodge truck with cool old sheet metal on it, our joy would have been tempered greatly. According to the Legacy dude we spoke to, the stock frames on these trucks are robust enough to handle all of the upgrades with the larger axles, suspension, and greatly increased power.

The engine in the ‘Wagon is a Cummins QSB 4.5L turbocharged four cylinder diesel. This is the updated, common rail injected version of the venerable 4BT that guys have been hot rodding for some time. In stock form they make 170hp and 459 ft/lbs  of torque. According to the Legacy people this one has been touched up a little and the torque is in the 500 ft/lb range at 1400 RPM. It will blaze those huge Continental tires at will from idle because it is making tugboat twist down there! The transmission is an Allison five speed automatic so the mileage, despite the truck’s horrifying aero qualities and 8,000lb + weight is most likely stupid good. The transfer case is a legendary Atlas unit. The Atlas ‘case will be inducted into the truck parts hall of fame some day because of its reputation for survival, toughness, and durability.

The axles are Bunyon-esque pieces from Dynatrac. The front is a Dynatrac ProRock 60 and the rear is a completely awesome Dynatrac ProRock 80, which is a beefed up version of a DANA FREAKING 80. We’re talking 40-spline axles, axle tubes that are three inches plus in diameter, a ring gear that has the diameter of a large pizza, and an axle that was designed for the most severe load and torque ratings of heavy duty trucks. The housing would be a suitable shelter to survive a nuclear blast in. Long story short, it is pretty strong.

The tires are as awesome as the rest of the rig. They are Continental MPT 81 rollers which are an industrial type tire that can be found on things like Unimogs. We failed to ask what the actual height of the tires was but they look like 37-inch jobs to us. The tread is aggressive and gnarly and would be right at home slogging through the muck, crawling rocks, or fighting through the woods.

While all of the mechanicals are great, the real attention getter and the actual showpiece of this rig is the cab. Made from the pieces and sections of three different Power Wagon cabs, it is as right as rain. The craftsmanship in construction is evident simply because it looks as though Dodge could have delivered these babies right from the factory back in the day. The cab is well appointed with full gauges, nice seats, and all the modern comforts you’d expect in a truck. It isn’t a Mercedes and that’s damned fine with us because over luxo-ing this Power Wagon would have been a crime. Again, this is NOT a modern tuck wrapped in old steel. It is an old truck that has been stepped up and in fine fashion.

We’re done heaping praise on one of the coolest trucks we’ve ever seen.

Scroll down to take a photo tour of this 1949 crew cab Power Wagon built by Legacy Power Wagon of Jackson, Wyoming 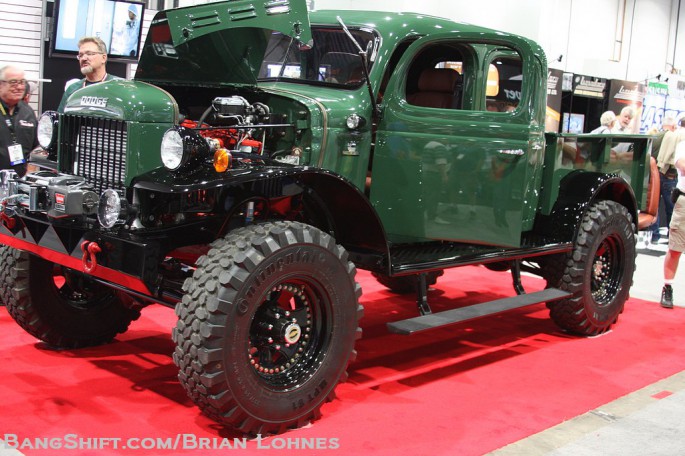 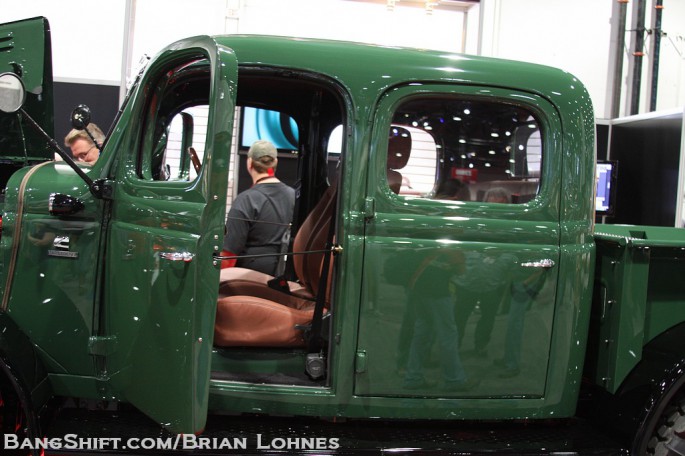 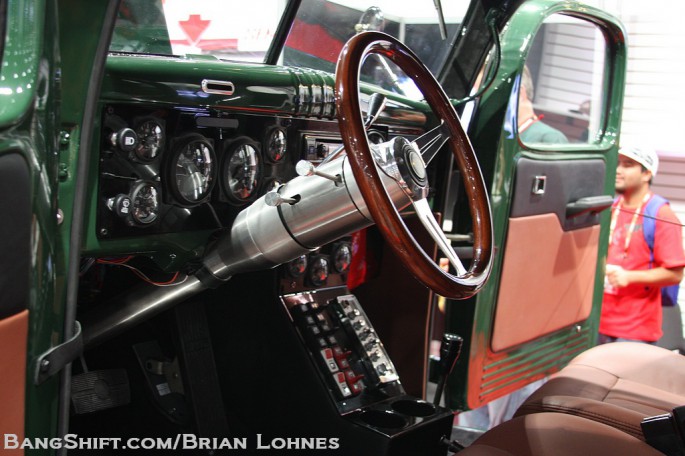 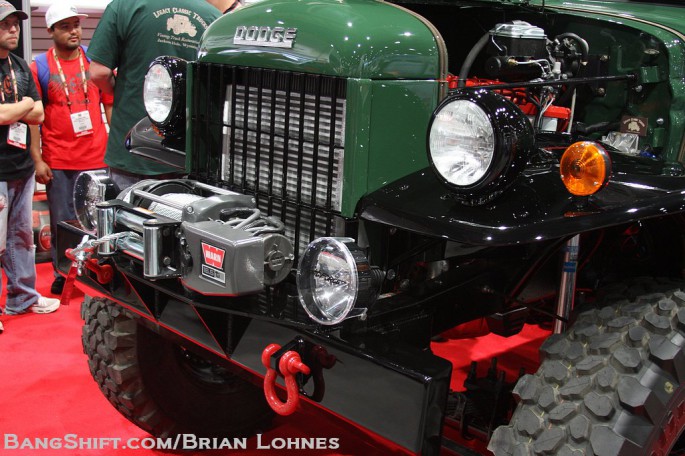 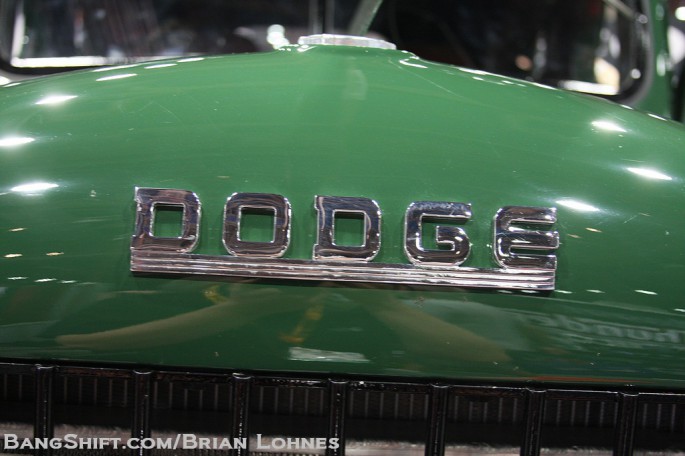 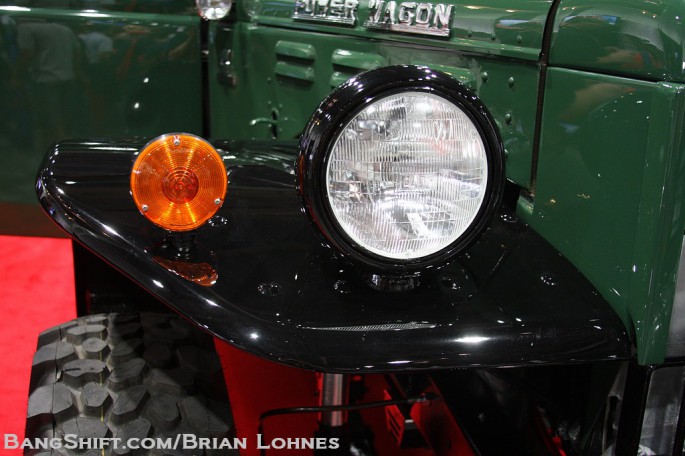 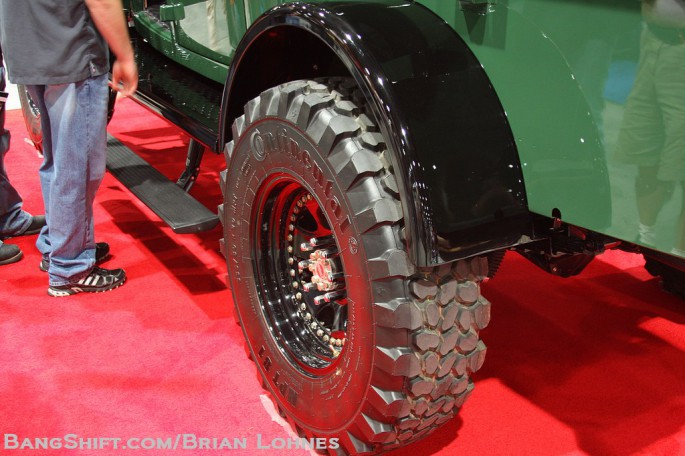 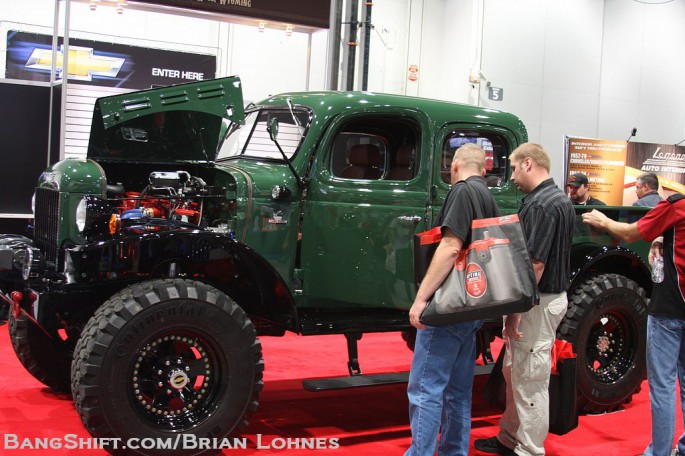 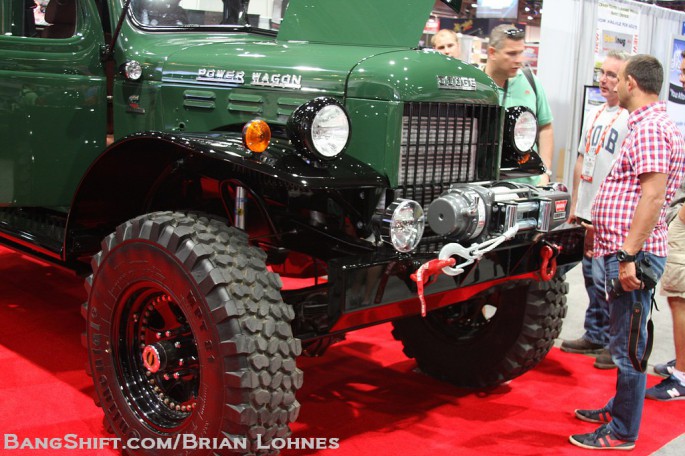 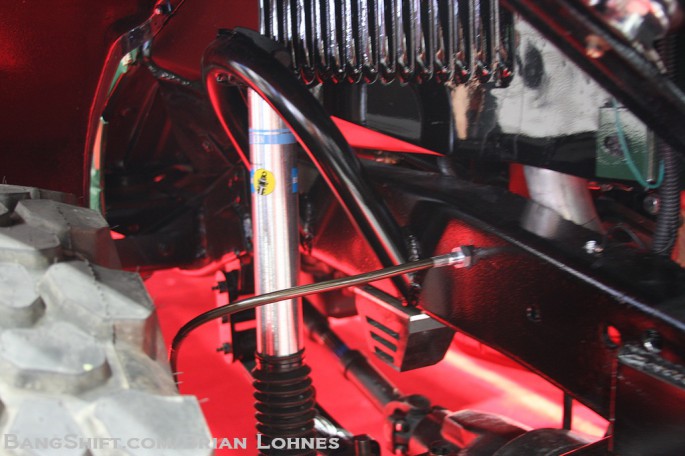 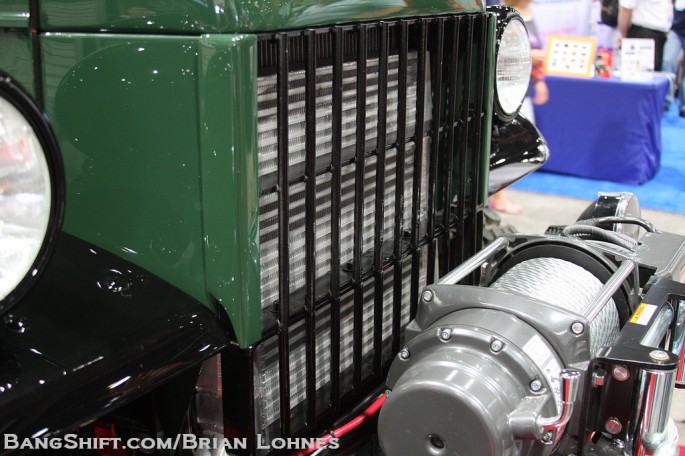