2022 Ford F-150 Raptor Debuts – The New Truck Is Here But The Best Is Yet To Come – Freshened Look, Exhaust Changes, R-Model On The Way 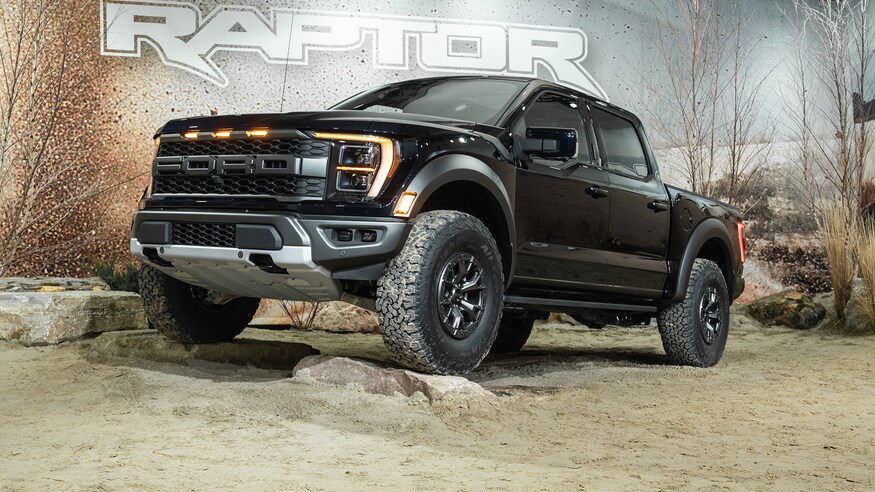 (By Tom Lohnes) – The new Ford F-150 Raptor has arrived, and it looks pretty much the same, which isn’t a bad thing.

Packing 450 horsepower, a heavy-duty 10-speed automatic, and Fox racing Shocks, the new Raptor takes the previous-gen rig and rearranges everything a little bit. Front end styling is the biggest departure from the old truck, with a horizontal grille and headlights that surround it.

Around back, the Raptor looks untouched, until you look under it. What lies under the bed of this supertruck is a very odd exhaust setup. With bends and curves like a trombone, Ford has attempted to give the 3.5-liter  Ecoboost V6 a livelier exhaust note, which it will need to even hold a candle to the raucous Ram 1500 TRX. Inside lies an interesting mix of materials for a street-legal Baja truck, with suede on all the major touchpoints, and blue leather.

Chances are this truck won’t be a capable as the TRX, but the Ford Faithful will be paying less for a truck with near-endless aftermarket support, and there’s rumors a V8-powered Raptor R is in the works. That Raptor R will likely be carrying the 760hp engine from the Mustang GT500. THAT is the one the Dodge boys should be sweating about. 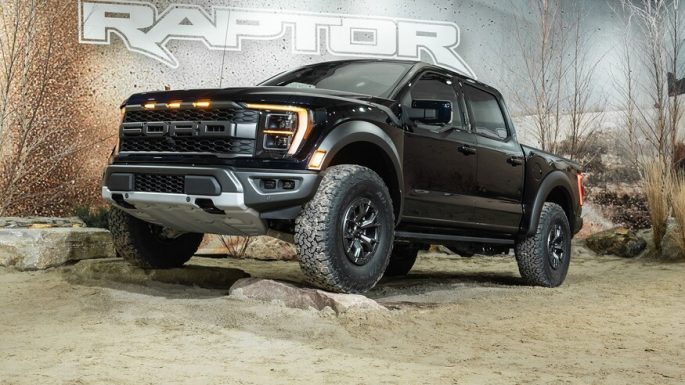 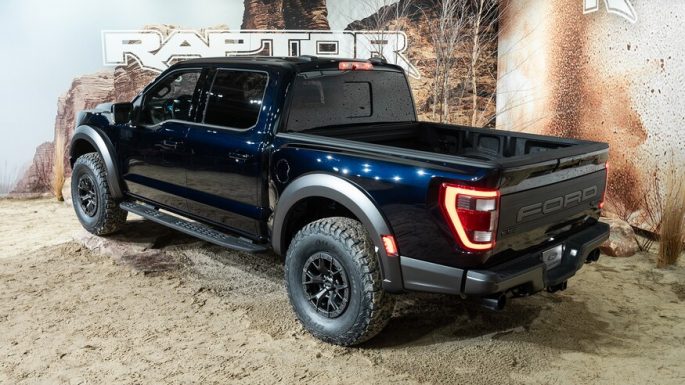 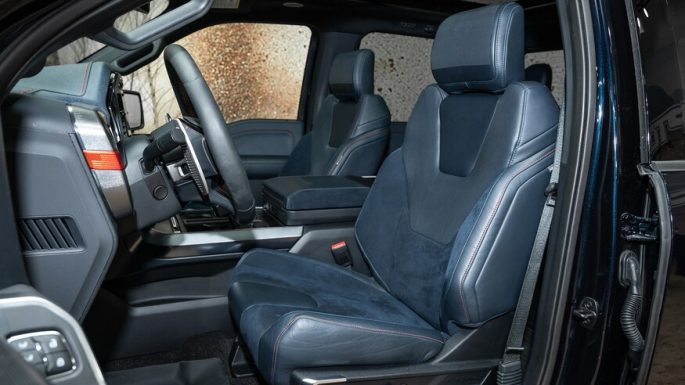 3 thoughts on “2022 Ford F-150 Raptor Debuts – The New Truck Is Here But The Best Is Yet To Come – Freshened Look, Exhaust Changes, R-Model On The Way”