Nightmare Fuel: This 1950s Video Shows The Effects Of A Nuclear Blast On Vehicles – Insane 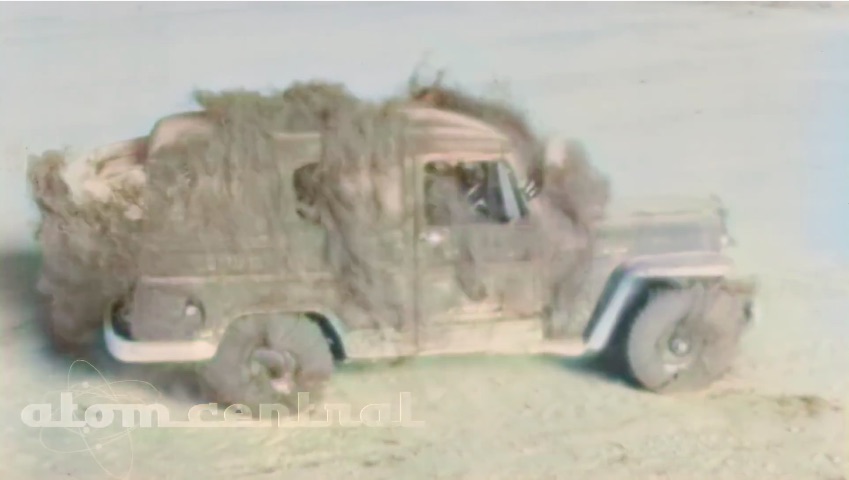 This 1953 film taken at a Nevada firing range known as Frenchman Flat is important, scary, and captures one of the most interesting moments in the history of America’s nuclear arsenal. This is not a situation where a plane flew over and dropped a test nuclear bomb on a fake battlefield, this is a situation where a nuclear shell was fired from a cannon for the first and only time in the history of the American military. The shell carried a punch about the same as was dropped over Hiroshima in WWII and it shows how quickly the size of a nuclear weapon was shrunk from the hug bombs dropped by planes to something that could be fired by really big cannon.

The shell traveled 6.25 miles from the end of the cannon and landed 136ft off the selected target and as you will see, that did not matter a lick. A situation arose with this detonation that had not ever been observed before. As the shell was detonated 524ft in the air it created not just one shockwave but two and that’s what you see illustrated here. The first was a wave of superheated air and it hits the vehicles instantly flashing the paint off of them and one can only picture how bad it would be for a person. Very shortly thereafter the massive shockwave arrives and blasts everything out of the frame.

There’s a Jeep, a sedan, and then a bus that all get the business. Finally there is a canvass tent that proves once and for all, camping during a nuclear war isn’t the best idea. Amazing how the tent immediately bursts into flames showing the intensity of that first wave of heat.

Yeah, this is scary as hell.

2 thoughts on “Nightmare Fuel: This 1950s Video Shows The Effects Of A Nuclear Blast On Vehicles – Insane”