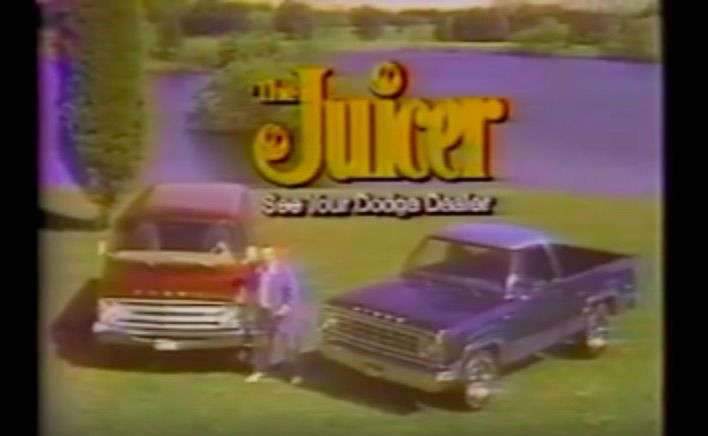 Ahhhh yes, the 1970s. As we have said before, while Detroit royally screwed up their car lineups in the 70s they did not mess up trucks too badly. Sure they were down on power, but the pickups of the era were still tough and built the right way with heavy duty axles and strong frames. The American pickup truck was as rugged as ever and the Dodge lineup was as good or perhaps a little better than anyone else’s of the decade. Their club cab trucks really started the evolution to the world of crew cab everything today. Like all manufacturers back then, celebrity endorsements were big time stuff and Dodge truck ads seemed to always have some 70s hero as their centerpiece.

Maybe we’re talking about Chuck Connors, great thespian Al Molinaro, Joe Garagiola, former football great George Blanda, and the list goes on and on. The grouping of ads we have compiled below are all packing the kinds of star power that you’d expect from the decade that brought us bell bottoms, platform shoes, polyester, and the catalytic converter.

Also, what’s up with “The Juicer” theme of the first ad featuring 1970s comedian Jerry Clower? Was that a local deal some dealership dreamed up or was that some sort of an actual national ad campaign? We’re leaning on some Mopar freak to pass along the inside dope on that!

Ever Wonder How A Lenco Transmission Goes Together? This Video Of One Being Rebuilt Is Cool Rough Video: Watch This Oliver Tractor Break In Half During A Pull!