Foose Does The XJ: Check Out This Cool Video As Chip Foose Sketches Up His Own Personal Dream Jeep 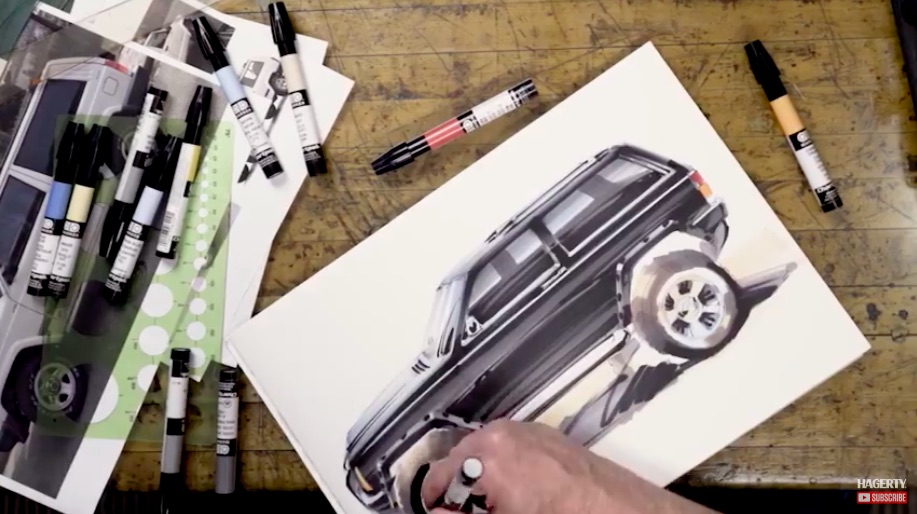 One of the things we have loved about this series of Chip Foose videos on the Hagerty YouTube channel is that he takes these iconic cars and kind of breaks down their basic design elements while tweaking things and adding personal touches that are classy, tasteful, and current. This video has a slight twist on that theme as we see Foose working on what could be called a modern classic in the form of a Jeep XJ. This is the tough as nails, straightforwardly designed machine that we know and love as the Cherokee.

Unlike other episodes where the design is reworked and changed in fairly significant ways, Foose spends most of this session telling us why the XJ design is so timeless. It’s simplicity and cleanliness does not lead him to change what’s there but rather to augment the existing design with some personality style enhancements.

Overall we dig this video because it’s as much an exploration of Foose’s confidence as a designer as it is about him drawing a cool rig. He’s not above looking at something and saying, “It doesn’t need much,” when it doesn’t actually need much. Change for the sake of change has never been his thing and this video is concrete proof of that.

Oh…and we definitely want to be driving the Jeep he designs!

American Bad Ass: The Story Behind The Story Of Andrew Alepa's Corvette Making More Than 5,200hp On The Hub Dyno From The Inside Out: This Look Into How TJ Zizzo Made His First NHRA Top Fuel Final Round Is Awesome

One thought on “Foose Does The XJ: Check Out This Cool Video As Chip Foose Sketches Up His Own Personal Dream Jeep”