Your Swap Is Weak: Watch These Farm Boys Swap A Caterpillar 3412 Into A Big Bud Tractor! 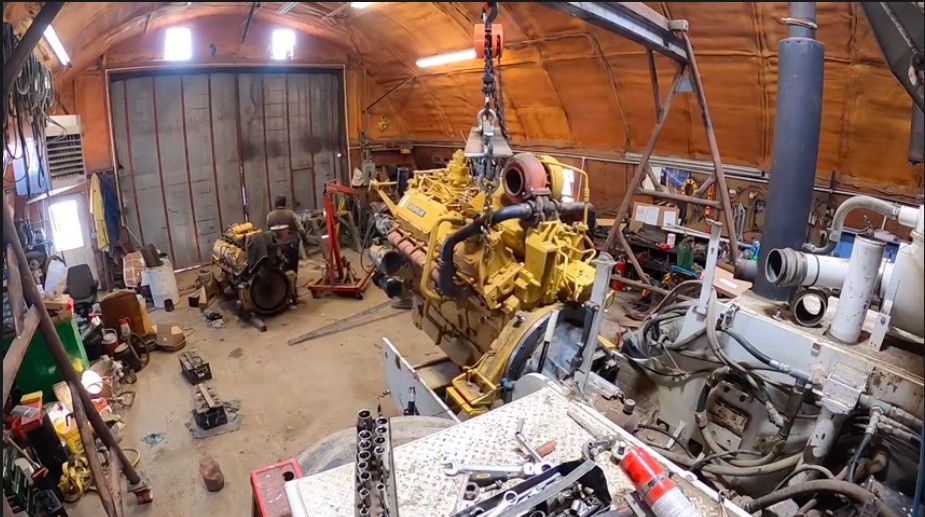 There are engine swaps and then there are ENGINE SWAPS! This is an example of the second because you are firstly looking at a Big Bud tractor, which is completely awesome and then you are looking at a massive Caterpillar 3412 V12 engine that’s being shoved into it. To take an already incredibly powerful tractor and upgrade it with an engine that used to be used as a power generator for a hospital is really something. This mill ran on the dyno and was rated at 800hp with 2,700 lb-ft of torque! What engine did this Big Bud have to start with? We know it was a Cat as you can see the old greasy yellow lump lying on the floor but it was not a 3412.

According to the caption on the video, to make the huge V12 work the frame was extended and the cab had to be raised just to get the thing to fit. Shown with time lapse and then some specific clips like the first fire up, and some amazing footage of the tractor working the immense fields with it new power plant, this is functional hot rodding at its best.

We have absolutely no idea how much of the 2,700 lb-ft of torque the tractor is using at the end of this video but just imagine how much work it would take to drag ALL THAT through the Earth at the speed and seeming ease at which this machine is doing it. Insane!

How good an engine was the 3412? It was made from the early 1980s into the early 2000s until being replaced with the more advanced C27 and C30 which were basically packing more technology for emissions and fuel controls.

This is a great video. 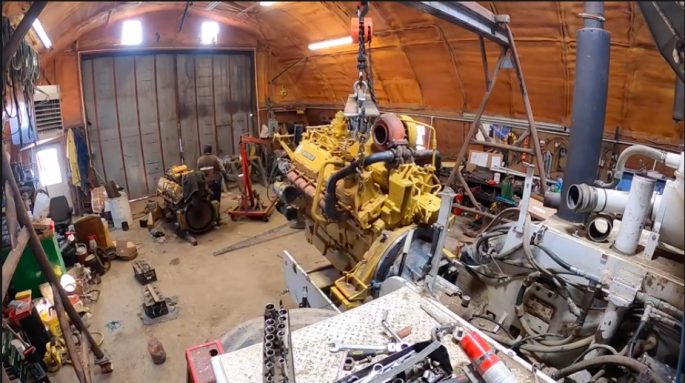 Not So Simple: The Restoration Of This Level From the 1870s Is An Amazing Amount Of Work NHRA Insider: A Pro Modified Legend Talks About His Career and Our Inside Man Spills The Beans