Video: The FoxJet Was The 1970s Mini-Corporate Jet That Was Set To Change The World, But Didn’t 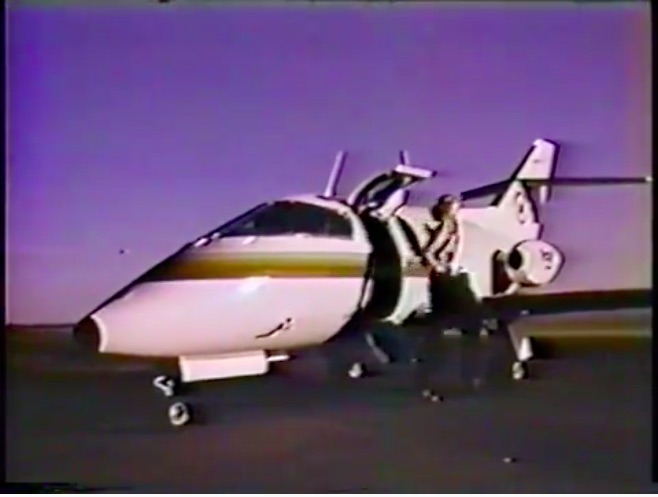 There are certain ideas that come along which make perfect sense, seem to have the right people behind them, and then ultimately evaporate into nothing for varied reasons. Well, the FoxJet is kind of that story. Tony Fox was the kind of maverick guy who owned hydrogen peroxide rocket race cars, invented stuff, made and lost big sums of money with regularity, and was seemingly always right there on the verge of the next big thing. The Lear Jet had redefined the idea of personal luxury and corporate travel but there were drawbacks. They were pretty big, they were pretty thirsty, and when the price of fuel began to escalate in the 1970s due to embargo or other reasons, their value was questioned.

What about a plane that did a lot of the same stuff but was smaller, cheaper, and more versatile? That was the idea behind FoxJet. This was a tiny jet that sat four people and could land on literally any one of the 9,000 airports in the USA during this period of time. When we say “airports” we’re talking about grass strip places all the way to LAX. The FoxJet would cost half or less what a Lear did, would cost 9-cents a fuel mile to operate, and would cut down on travel time because you could land far closer to your customer or meeting point if you did not have to go to a big city airport. Seems awesome, right? Well, it kind of was until the government screwed the whole thing up.

The true magic of this place was going to be its engines. Weighing in at less than 200lbs a piece and producing 800lbs of thrust the tiny turbines known as Williams WR19-10 engines would get this thing into the air and zip it along at 400mph while using fractions of the fuel that other corporate planes did at the time. Except there was a problem.

Williams primary customer for their products was the military and the government. When they got wind of these engines, the military earmarked them for service duty and told Williams they could not be sold to the general public. The turbines would go on to power many cruise missiles in the future and no FoxJet examples. Once the engines were lost, the whole design kind of went down the tubes and not a single flying FoxJet was ever built.

Three marketing mockups were made and that’s what you will see featured in this video. The footage of the plane “flying” is hilarious and looks like it came from a high school art project. We’re guessing that all the taxi footage was taken with the plane being dragged behind a truck or something.

The video below is awesome and it does show that the organization had its act together. Had the government not scuttled the thing by snaking the engines out from under Tony Fox, who knows, these little planes may have dotted the skies like mosquitos!

Press play below to see this cool FoxJet promotional video –

Install Video: Check Out This How-To On Installing The Ridetech 1988-98 C1500 Coil Over Suspension! Awesome System Brutal Crash Video: Watch Rex Beach Pile Up A Supermodified At The Copper World Classic In 1997 - Supermods On The Mile?!