Game Changer: This Look Back At The Game Changing 1989 Cummins Powered Dodge Ram Is Awesome 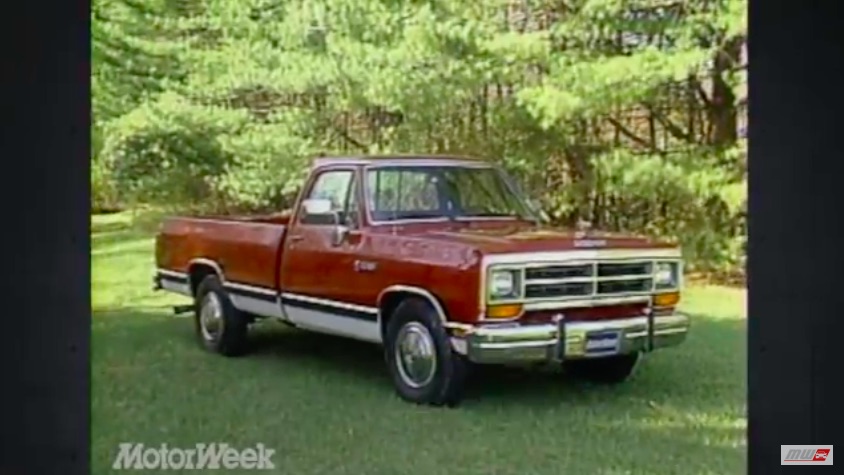 So much of automotive history is evolutionary that is can be difficult to place a pinpoint on when a certain trend or shift happened in the business. The argument about the “first muscle car” is a great example of this. Now, when it comes to trucks there is 100% a waypoint to reference in the development of the modern pickup and it is the 1989 Dodge Ram when it became available with a Cummins inline six turbodiesel. THAT right there was a moment that changed the trajectory of pickup trucks forever. Today, the idea of a high horsepower, monster torque diesel engine in a three-quarter or one ton truck is commonplace. Hell, even in the half-ton segment now.

In 1989 the only diesels people had seen in trucks outside of the small foreign four bangers were the naturally aspirated 6.2L GM and the 6.9L IDI Powerstroke that the Fords used. Both of those were lumbering, lazy, and while reliable not anything that a normal buyer would have gone seeking out. The Cummins was way different. Why? It made the truck fast.

All of a sudden it was not just this clattering thing that smelled bad and went slow. This was a truck engine from a truck engine legend in Cummins and when backed with a 5-speed stick, it wasn’t just comparable to the gas engines, it kicked their asses.

It would not be long before Ford and GM realized that they were in a hole needed to up their diesel game in a major league way. Eventually this escalating war gets us to today where 1,000 lb-ft engines from the factory are in the nose of the big three trucks and the fact that Cummins is still there, slugging it out with an inline six is perhaps the best part.

This is a great little piece of video.

2 thoughts on “Game Changer: This Look Back At The Game Changing 1989 Cummins Powered Dodge Ram Is Awesome”