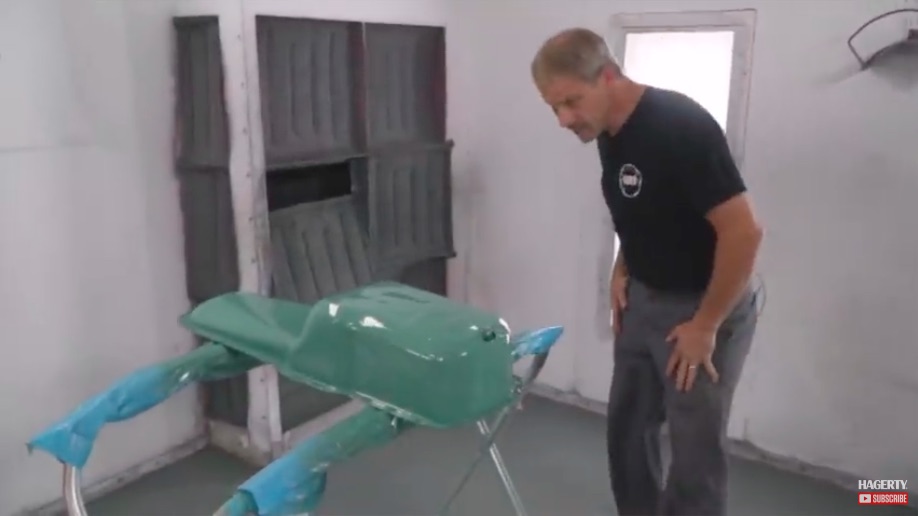 We have been following the saga of the Hagerty Redline Rebuild of a Buick straight eight engine for a while now. This thing has been a bear in more ways than one and at seemingly every turn the engine has thrown up a fight, thrown some curveballs, or caused the whole process to be slowed down by something or other. Add in the whole quarantine business and everything else that has transpired since the project started and you can understand the rather extended timeline. But the good news is that there’s light at the end of the porthole and that’s where this story picks up.

With all the machine work done, all the parts ordered, and all of the problems handled, it’s now time to get ready to assemble this sucker and before that happens, it needs to be heating the correct color so what when it’s ready to go back into the Buick Special it came out of, things look kosher.

This is a pretty simple episode but we like the pay off. Transport the stuff, tape the stuff off, and squirt the Buick green all over it. We just love the fact that this engine will be running again in an episode or two and we’re excited to watch the assembly of this long torque maker soon.

The Straight Eight saga gets one step closer to done!

Press play below to see this update on the Hagerty Redline Buick straight eight!