The Toyota Man Cometh: This Review Of The 1993 Toyota T100 Was A Wildly Prescient Look Into The Future 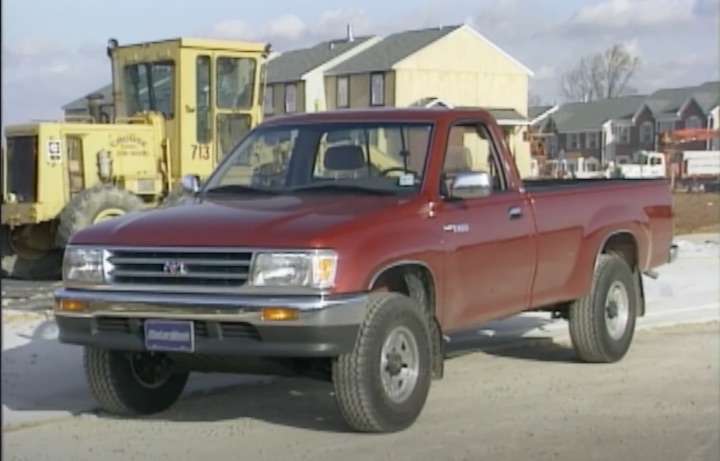 It was monumental news when Toyota said that it was going to step up its truck game in the early 1990s with the addition of the T100 model. This was going to be a small-ish truck that was kind of in its own size class. They had done their marketing studies and determined not only what their own loyal Toyota buyers wanted but also what many people who were intimidated by larger trucks wanted to buy.

Their answer was the T100 which was first sold here in 1993. This MotorWeek review is pretty good because it really shows the truck in an honest light. It was “lesser-than” the half ton trucks and even had some short comings when compared to rigs like the Dakota and others. It was short on power, it was pretty slow, and the interior was cramped, but what it did and what they correctly recognized it as doing was to lay the foundation for Toyota’s truck expansion and while that expansion took years and years, it was the long game that ultimately paid off with the Tundra which has been a success for the company.

The neatest part of this video is the end where they basically read the tea leaves of what Toyota is going to do regarding larger trucks in the US market. They debuted the Tundra about 5 years after this truck hit the market and it had V8 power, larger size, and has been sold now for two decades. The Tundra did not harm the Detroit companies in ways that may feared. Lots of Tundras, like T100s find buyers who are already Toyota loyalists and want a truck that it’s “too much” for their tastes.

Best of 2020: This Kid Drives A Truck And Runs The Gears Better Than You Ridetech Air Or Coil Over Suspension For Your 2007-2013 Chevrolet or GMC Truck Rules - Tubular Control Arms, Bolt In Four-Link, More

2 thoughts on “The Toyota Man Cometh: This Review Of The 1993 Toyota T100 Was A Wildly Prescient Look Into The Future”