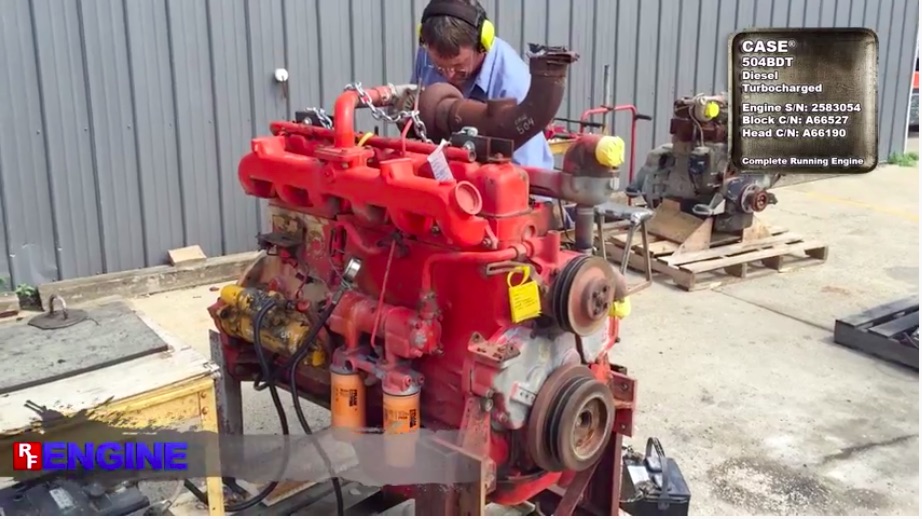 There’s not such thing as as 504ci factory engine, right? Wrong. The Case Manufacturing concern which is one of the most legendary names in American tractor and equipment history produced a 504ci inline six turbo diesel as their bread and butter working engine for decades. The engine grew out of a family of inline sixes and once 504ci was achieved in 1964, it stayed with the lineup until the 1980s!

These engines could be found in farm tractors, crawler tractors like bulldozers, and all kinds of industrial applications. They were pure torque makers and rated at 130hp at the tractor drawbar and 155hp at the PTO. Displacing 8.3-liters, they had a 16.5:1 compression ratio, a redline of 2,200 rpm, and a bore and stroke that measured 4.625″ x 5.00″.

No, we could not find any examples of theses being hot rodded or built into pullers or anything of the nature but we respect the fact that this was a yeoman engine that was designed for work and did just that for years and year son end for loads of American farmers and equipment operators.

Not as sexy as a race or muscle car engine but just as important. An engine that helped make lots and lots of food!