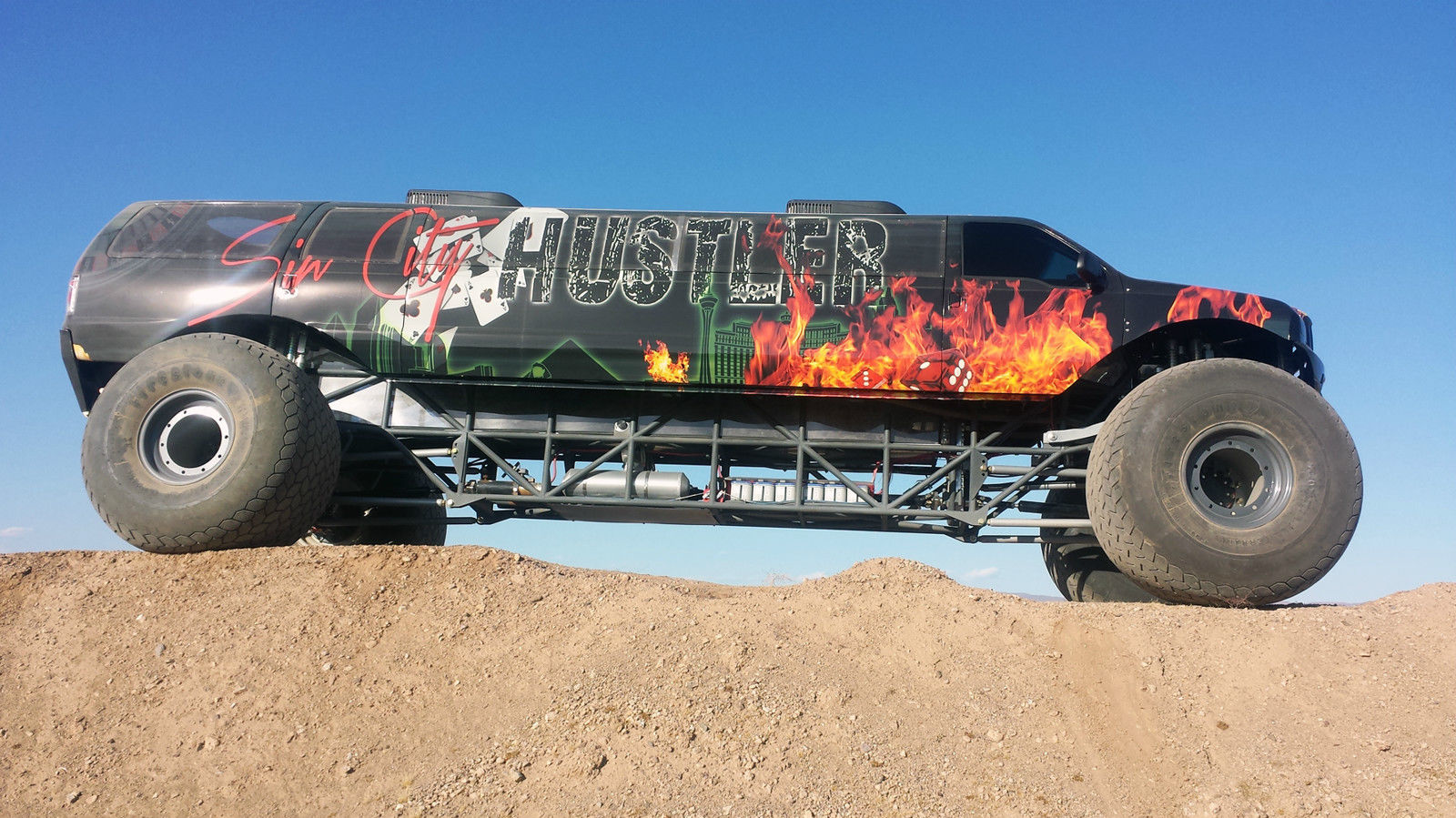 First we’re telling you to buy an $850,000 drag strip and now we’re telling you about a $1,000,000 “monster truck” limo that is apparently the longest monster truck in the world. What is this lifestyles of the redneck rich and semi-related? No, just another day at the office here at BangShift eastern world HQ where we’re constantly probing all corners of the internet for the best content or the most insane things money can buy. I’ll give you the spoiler alert here and loudly wonder why this truck is worth a million dollars. I know it is completely hand fabricated and when you see the photos you will see that this thing is 100% professionally built and chock full of the best heavy duty parts you can buy. The axles are massive, the tube chassis has like 63 miles of steel in it, the engine is a P-51 headed Ford big block (more on that in a minute), the tires are big turf type tractor tires, the interior is filled with what looks like a dozen racing seats, but at the end of the day what the heck is this thing but a big paper weight? Trying to ship it somewhere would cost you a small fortune and when you get it there what’s the plan? The thing is soooo long that it will high side on a Yugo when you try to crush it, you need about three acres to even turn it around, and if you are selling it as some sort of adventure ride you’d need to operate the thing for years (at capacity with a $$ ticket price) without filling the gas tank to even come near breaking even. The realities surrounding the thing are pretty sobering. The physical vehicle itself is pretty flipping great, though and we have absolutely nothing bad to say about the mechanical end to this monster.

Hell, in Michigan you could probably get a license plate on this truck and actually use it as a limo. That would be the move but that million dollar price tag would be hanging above you head as well. That’s a simply huge note for anyone to cover and unless this thing telescopes closed in the middle, we’re not sure how you’d even move it other than bolting some small tires on and loading it on a super long lowboy trailer.

The eBay ad gives all the specs on the truck including the length (32′), weight (13,500), suspension and all the stuff. The engine is a 521ci big block Ford stroker and they do not give out the length of the stroke or the cam specs because that would apparently blow the deal. They will provide it to you, along with the truck for $1,000,000. It seats a dozen in the racing seats lined up on both sides of the seating area. They do not spy specifically what the transmission is but we’re guessing that it is a PowerGlide. There’s an incredible level of detail in the ad and rightfully so. These guys are proud of what they built and they should be. This is not a hacked up piece of junk, but it is also somewhat of a confusion beast because we’re just not sure what the heck you do with it to make back your million.

We give the guys selling this thing credit though. When you read their opening to the eBay ad, you’ll be searching for money. Talk about getting someone pumped up to buy something! Read this:

What you are seeing on this page has no rival. There is no competitor, no similar model, nothing in proximity of quality, idea, or style. To the casual eye, this is a monster truck, extreme, awesome, loud, and impressive. To the more discerning person, you will see the mechanical feat this truly is.

How many vehicles are still built, by hand, piece by piece, from the ground up? Not many. It’s costly, time consuming, and allows no room for human error. When we commenced the fabrication of this behemoth, cost, time, and perfection were not factors in deciding whether or not to build. Only the best, strongest, and highest quality materials were used from each bolt to the high end inverter that operates the electronics. Each piece was measured, and re-measured, not relying on a machine or computer to ensure exactness. What started out as a mechanical build became art, and a one of a kind machine emerged.

Here is your opportunity to own a small engineering marvel, one that you can drive, take to the dunes, impress your friends, market your company, have as a showpiece in your private collection, make money selling adventure thrill rides, income doing TV/commercials/film, use it for charity events, or D) all the above. This would be an ideal raffle prize for a non-profit wanting to bring awareness and funds for their cause. Maybe you are just need to have the baddest recreational machine out there. There is no end of options this truck could be utilized for and this truck was built to handle them all. Not one person who has seen it (motorsports fan or not) has been unimpressed, and those who have been for a ride have appreciated its quality, agility, thrill, and amenities. Anyone with money can buy a nice car, but only one person can own this luxury off road machine.

Sometimes, you just have to take it off the pavement, and this is the most extraordinary way to do it. 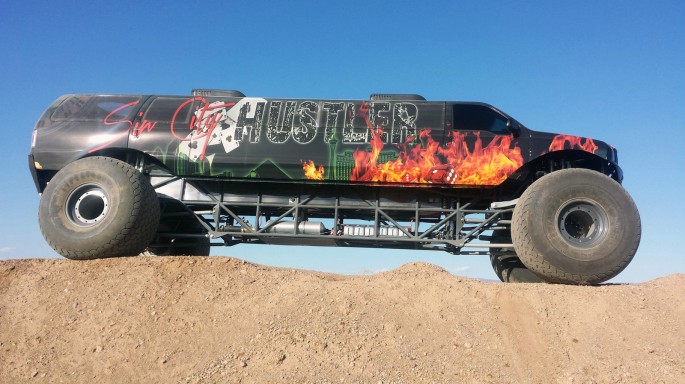 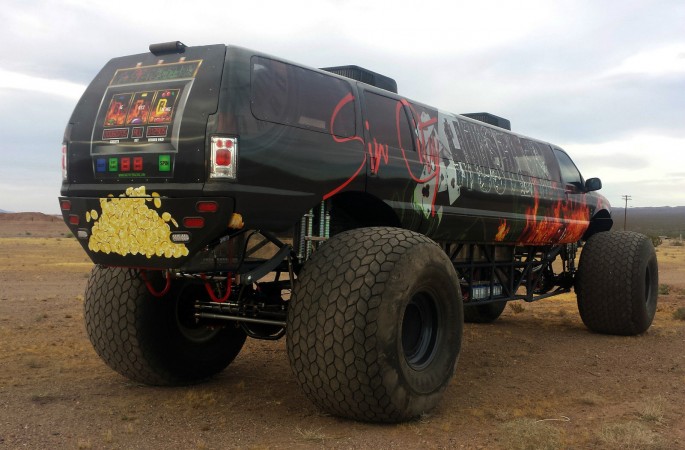 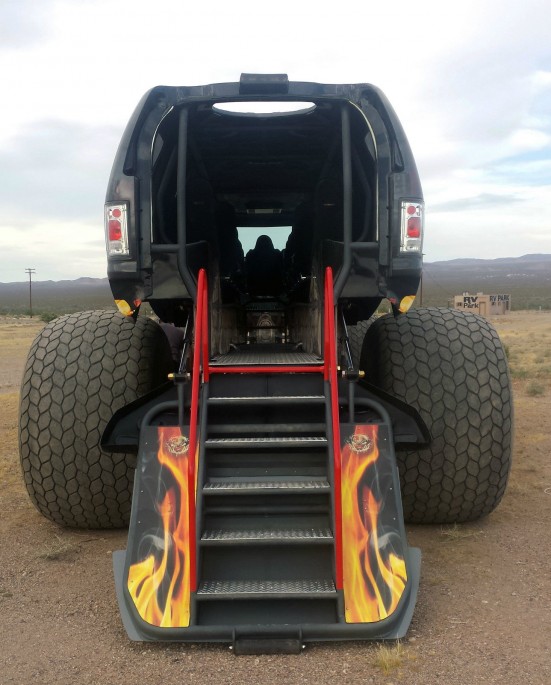 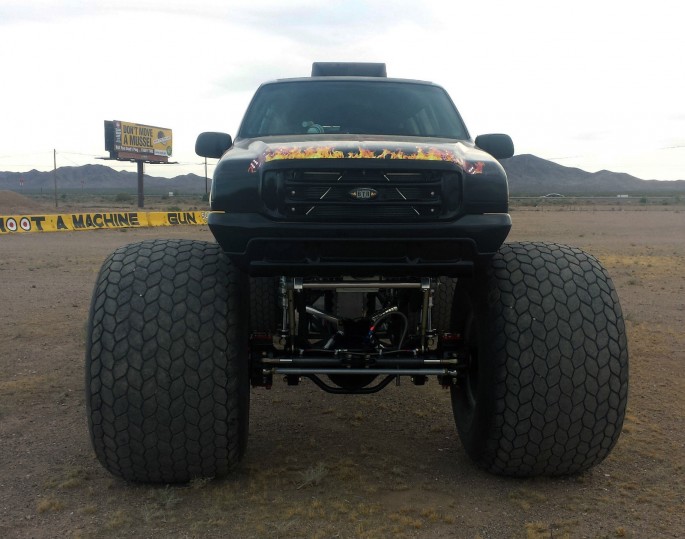 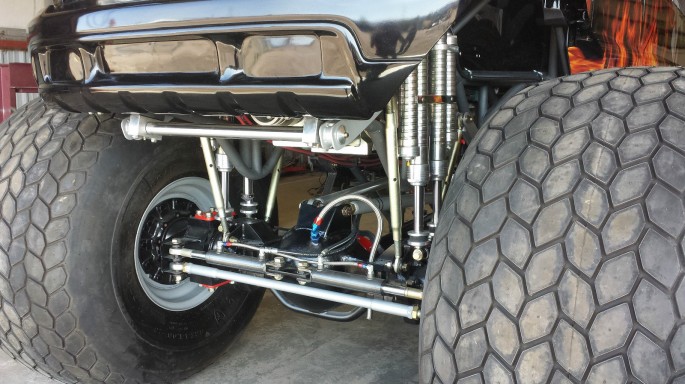 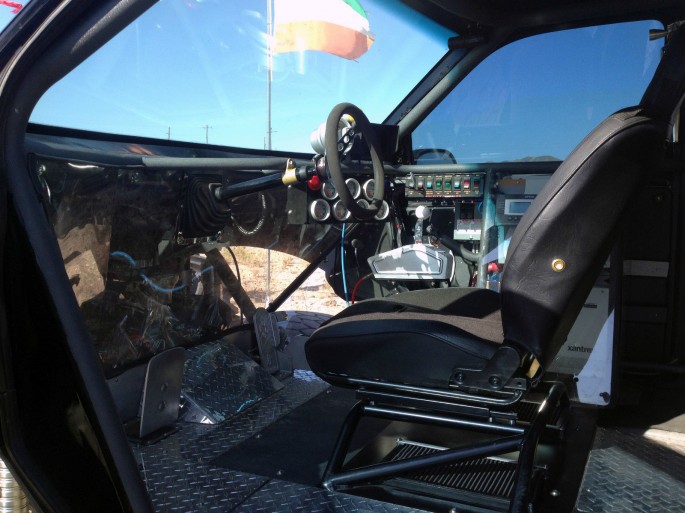 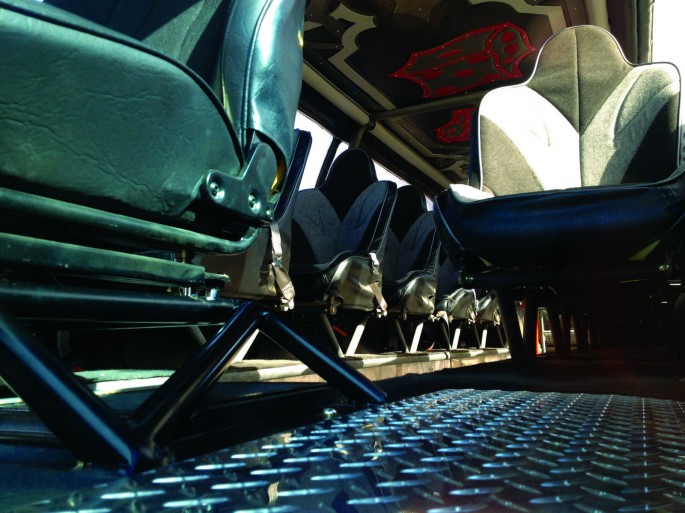 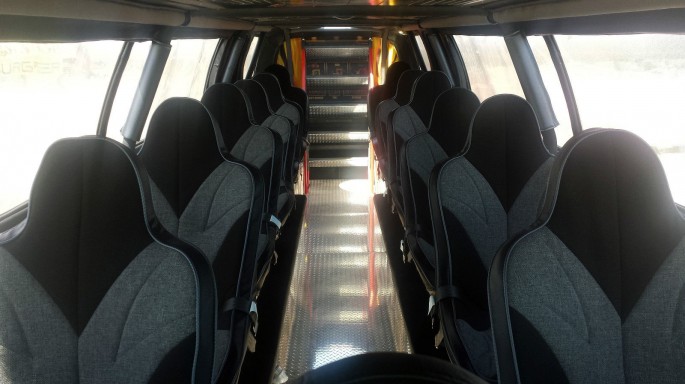 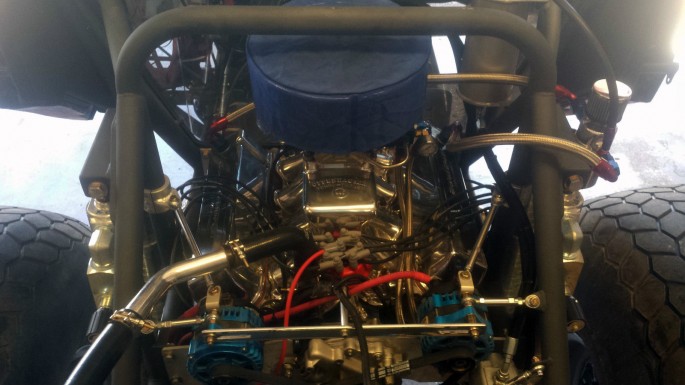 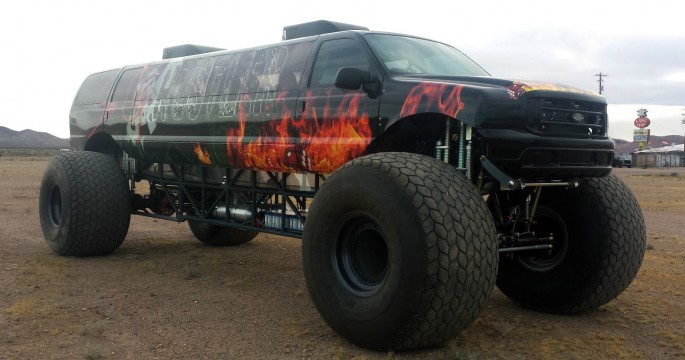 CLICK HERE TO SEE THE EBAY AD FOR THE SIN CITY HUSTLER – THE WORLD’S LONGEST MONSTER TRUCK – GOT A MILLION BUCKS LAYING AROUND?

Lincoln Infusing $5 Billion Into New Platforms In A Move That Screams "Give Me One More Chance, Baby!" Hotchkis Autocross Action From NMCA West At Fontana - Muscle Cars of All Shapes And Sizes Attack The Cones