Combining Elements Of A 5-Ton Army Truck, An Air Cooled V12 Turbo Diesel, And A Snow Plow Gets You This Creation And It Rules 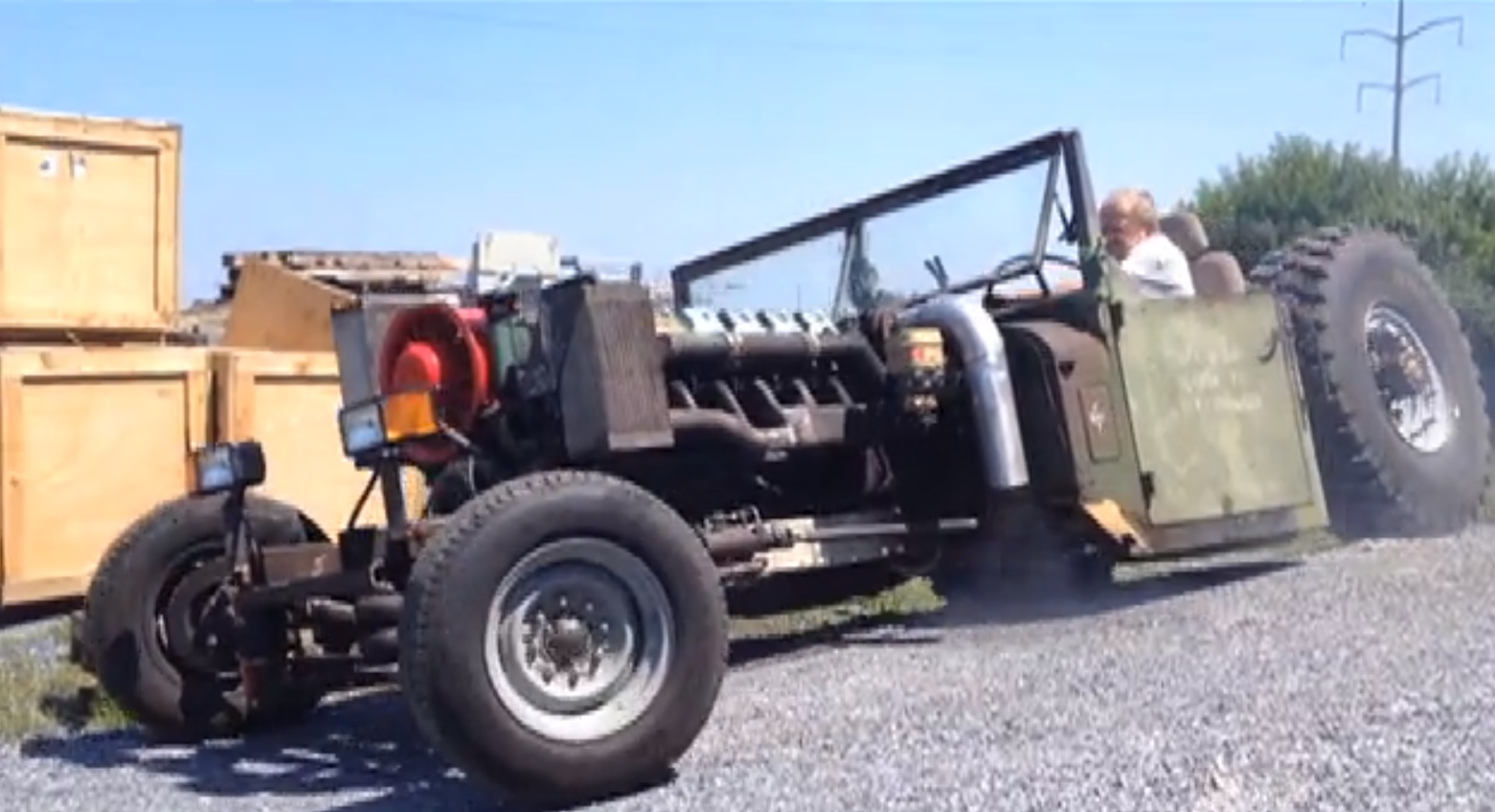 BangShifter Gene Stauffer has been around since before this place was even called BangShift. He’s a great guy who shares many of my own proclivities when it comes to trucks and tractors. Gene’s dad has a cousin named Johnny who is a gearhead par excellence and his latest creation is the machine that you see below. As mentioned in the title of this blog item, there are parts of a five ton truck (namely the rear axle and the Allison transmission), parts of a snow plow (look at the headlights), we’re not sure what the frame is front of if he made it himself, and the front suspension appears to be home engineered. We’re burying the lead here because the real story is the engine. The massive, hulking, V12 Deutz is twin turbocharged and aircooled. The engine was originally found in large tractors so in its current setup the governor is keeping it at like 2,500 RPM according to the video description, but that’s not really going to be a problem for long. In its current design the engine makes 430hp and roughly 2.3 billion lb/ft of torque.
The vehicle is not “done” in its current state as Johnny plans on adding mufflers, a top, fenders, and other pieces to get the thing legal for Pennsylvania’s state inspection process. We think mufflers are a horrible idea because the big diesel sounds AWESOME with just the down pipes coming out of the turbos. Just judging from the short video here, this thing really moves out. There’s got to be some steep gears in that huge rear end and looking out over all that giant diesel in the nose of this thing must make Johnny feel like the leader of a gang in Mad Max or something. Anyway, we love it, we want it, and we can’t wait to see more video! Hit the link to watch.
PRESS PLAY TO SEE THIS HUGE DIESEL HOT ROD CRUISE AND MAKE ALL THE RIGHT KINDS OF NOISES –
Post by Orlen Stauffer.
This Rally Team Is Competing In A Snow Stage At Night When This Happens... Hot Rod Hash: Cold Temps Didn't Stop These Gearheads From Enjoying Their Cars - See 'Em All Here

4 thoughts on “Combining Elements Of A 5-Ton Army Truck, An Air Cooled V12 Turbo Diesel, And A Snow Plow Gets You This Creation And It Rules”