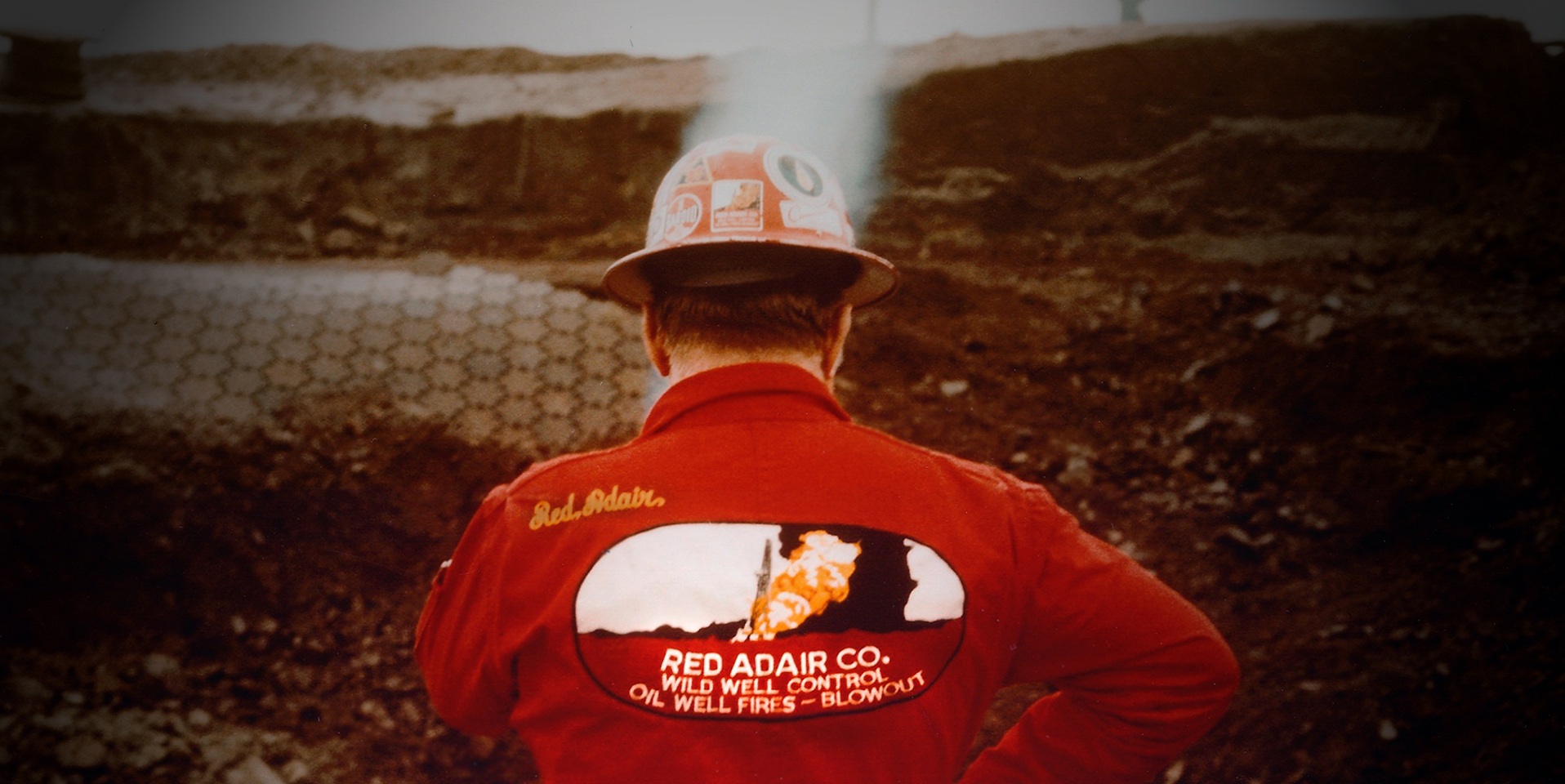 Red Adair is one of our heroes. He was a fireplug of a man who gained world-wide fame by battling and defeating the world’s worst oil well fires with the company that bore his own name. Before Red came along, the methods used to fight well fires and blow outs were old, deadly, and marginally effective. Adair developed the techniques and equipment to do the job. For decades there was simply no competition.

He was a bad ass, even in his upper years. When Saddam Hussein decided to wreck every well and petroleum facility upon his retreat from Kuwait in the early 1990s, experts said that it would be years to have all of the mess capped and the damage stopped. Adair was tasked with coordinating the massive effort to stop the oil disaster as quickly as possible. Those predicted years turned into six months. Done.

A John Wayne movie called, “Hellfighters” was made about him. He was fabulously wealthy and was into hot rods and drag boats. They simply don’t build these models anymore.

Adair was famously quoted once as saying, “I’ve done made a deal with the devil. He said he’s going to
give me an air-conditioned place when I go down there, if I go there, so I won’t
put all the fires out.”

Here are the videos!