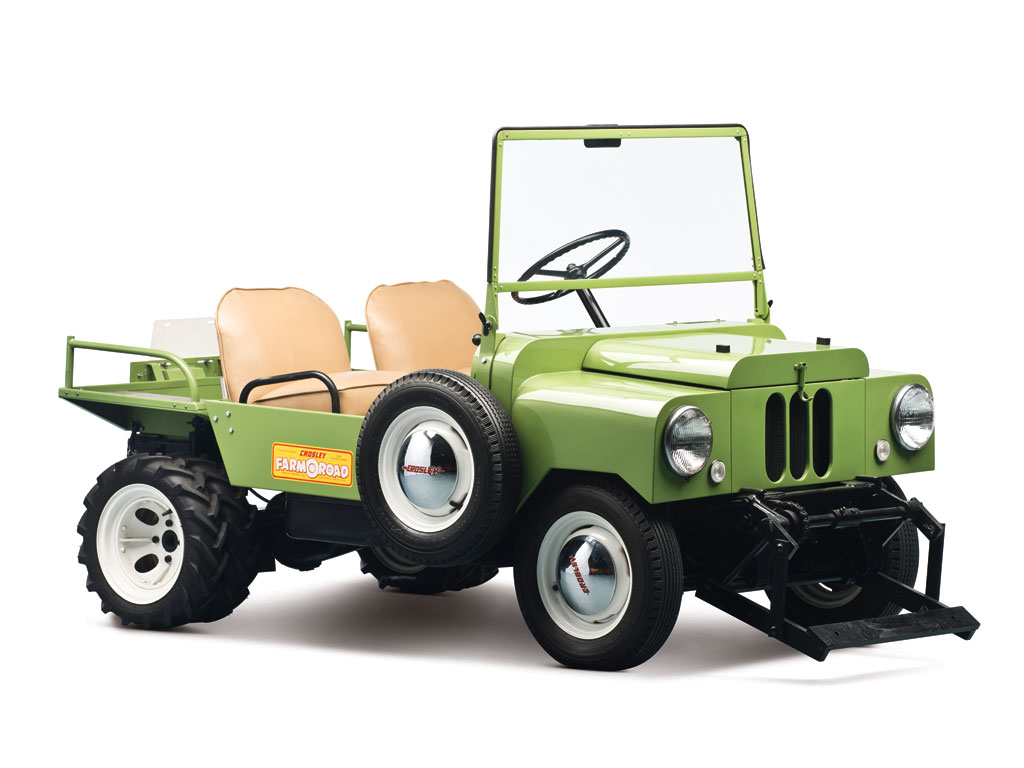 We’ve told you the sad story of the Minneapolis-Moline UDLX which was one of the neatest tractors of all time but it was also one of the biggest failures of its era. Today we’re looking at the complete opposite end of the size spectrum that had about the same sales results. The Crosley Farm O Road was designed to be the same sort of machine that the UDLX was designed to be only far tinier and much more economical. It was supposed to be a pluggy little tractor for the small farm and then it was supposed to serve the roles of pickup truck and family church transportation on Sundays with a top road speed of some 50mph.

Powell Crosley was a rich guy having made a pile of money before WWII on radios and other appliances but he was seemingly obsessed with the want to produce cars. He saw the need for small vehicles that were efficient and cheap to fill a “hole” in the market. While Crosley cars and trucks were certainly both of those things, he never did sell enough of them to justify his ideas on what people were looking to buy. A prime example of his obsession on small was a vehicle called the Crosley Farm O Road which was a shrunken version of the iconic Jeep that had become such an important part of American life shortly after WWII. If you’ve ever seen a Willys MB you know that they are not “big” vehicles so when Crosley decided to essentially shrink one by half, he was getting into comically small territory but amazingly there was still plenty of capability left in that tiny wrapper.

Sporting the 44ci four cylinder engine that made the company famous, the Farm O Road made 26 hp and had six forward speeds when both gear ranges were included, giving it a flat out top end of about 50mph. Of course driving it at that speed would all but guarantee your death if anything were to happen on the road. The wheelbase was 63-inches and the weight was right around 1100lbs depending on how it was loaded. The machines were made from 1950-1952 and only ended when Crosley went bankrupt. Total production was around 200 units over the three years. Not exactly a smashing success.

While the words may paint a strange picture of these little ruffians, the photos and advertising from the time do a far better job of driving that point home. This is full-on weirdness and we’re kind of amazed that 200 people actually sprang for them, even for the robust price of $750.00. Incidentally, that $750 in 1952 translates into $6,600 in today’s money. When you look at what’s available for used machines in today’s world for $6,600 you’ll start to understand part of the Farm O Road’s issue. We love the photos of the little truck-tor carting the family to town, especially with the, ummm, robustly built woman in the back. 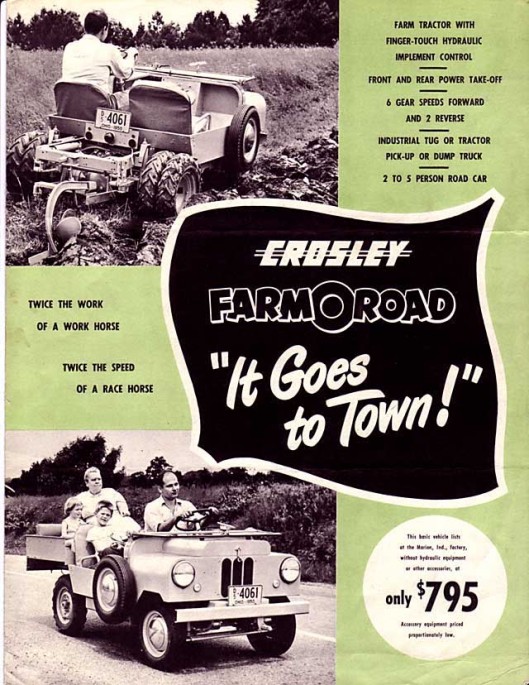 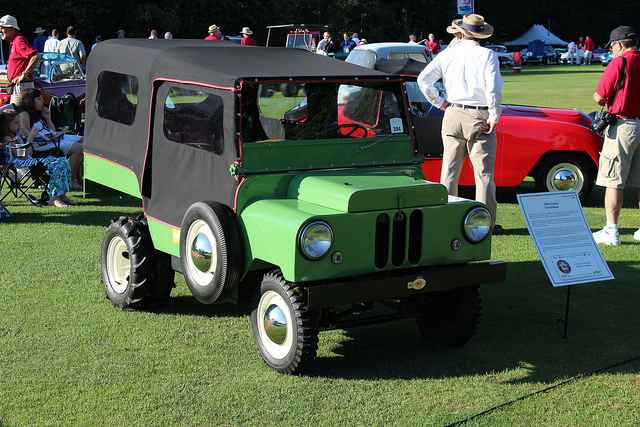 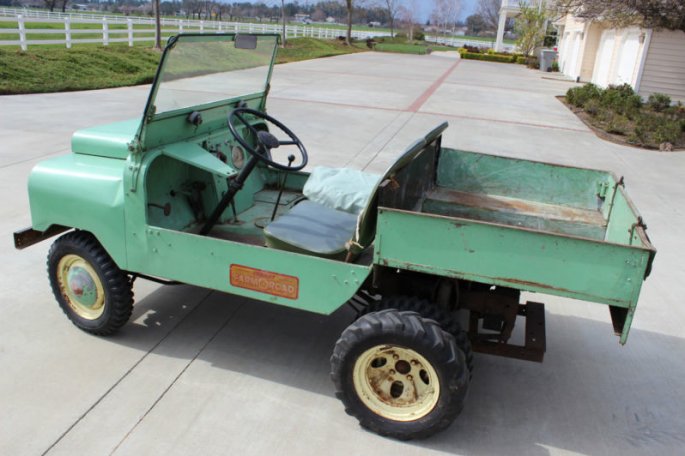 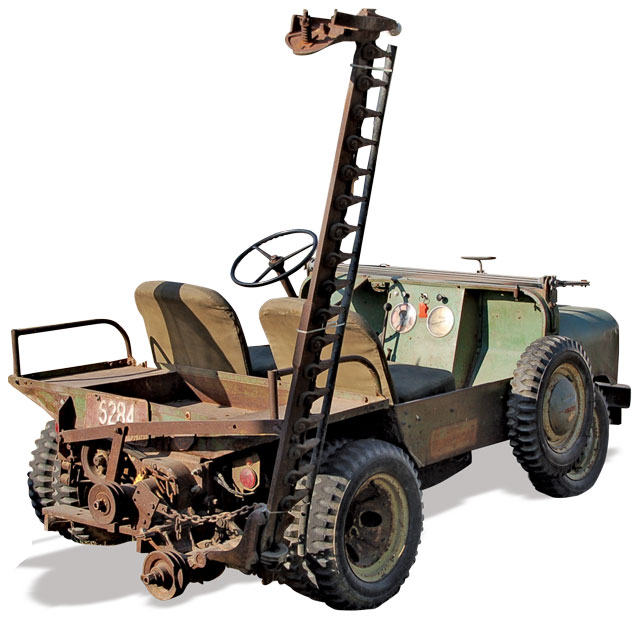 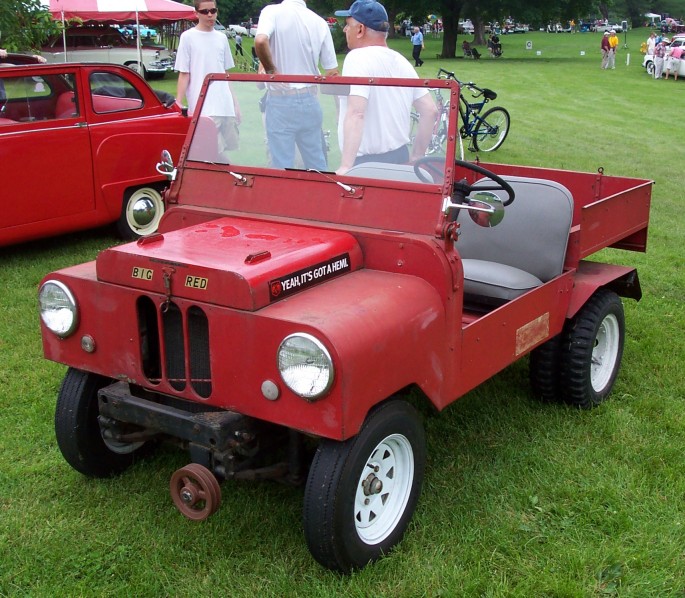 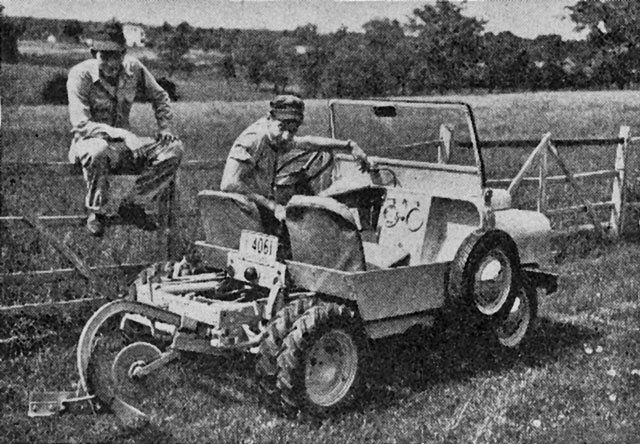 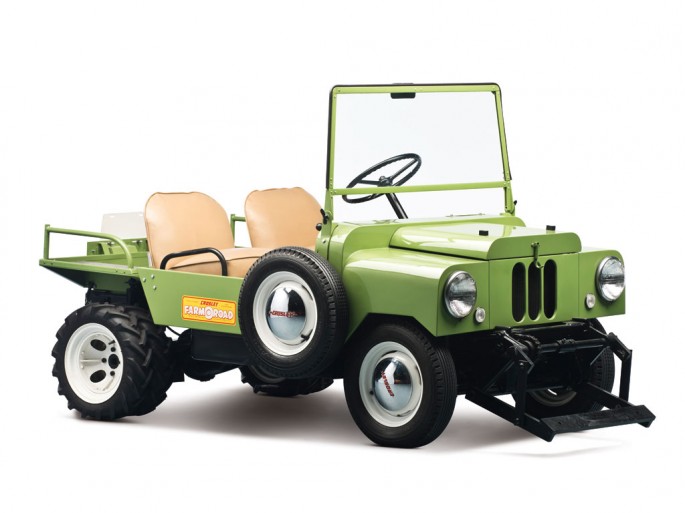 Watch This 1955 Chevy Pull A Massive Wheelie, Pogo Stick Down The Track And STILL Manage A 9.12 ET! Lone Star Throwdown Was Full Of 1988-1998 OBS Chevy And GMC Pickups And We've Got All The Photos