eBay Find: This 1957 Thames 800 Freightliner Van Is The Only One We Have Ever Seen And Ripe For BangShifting 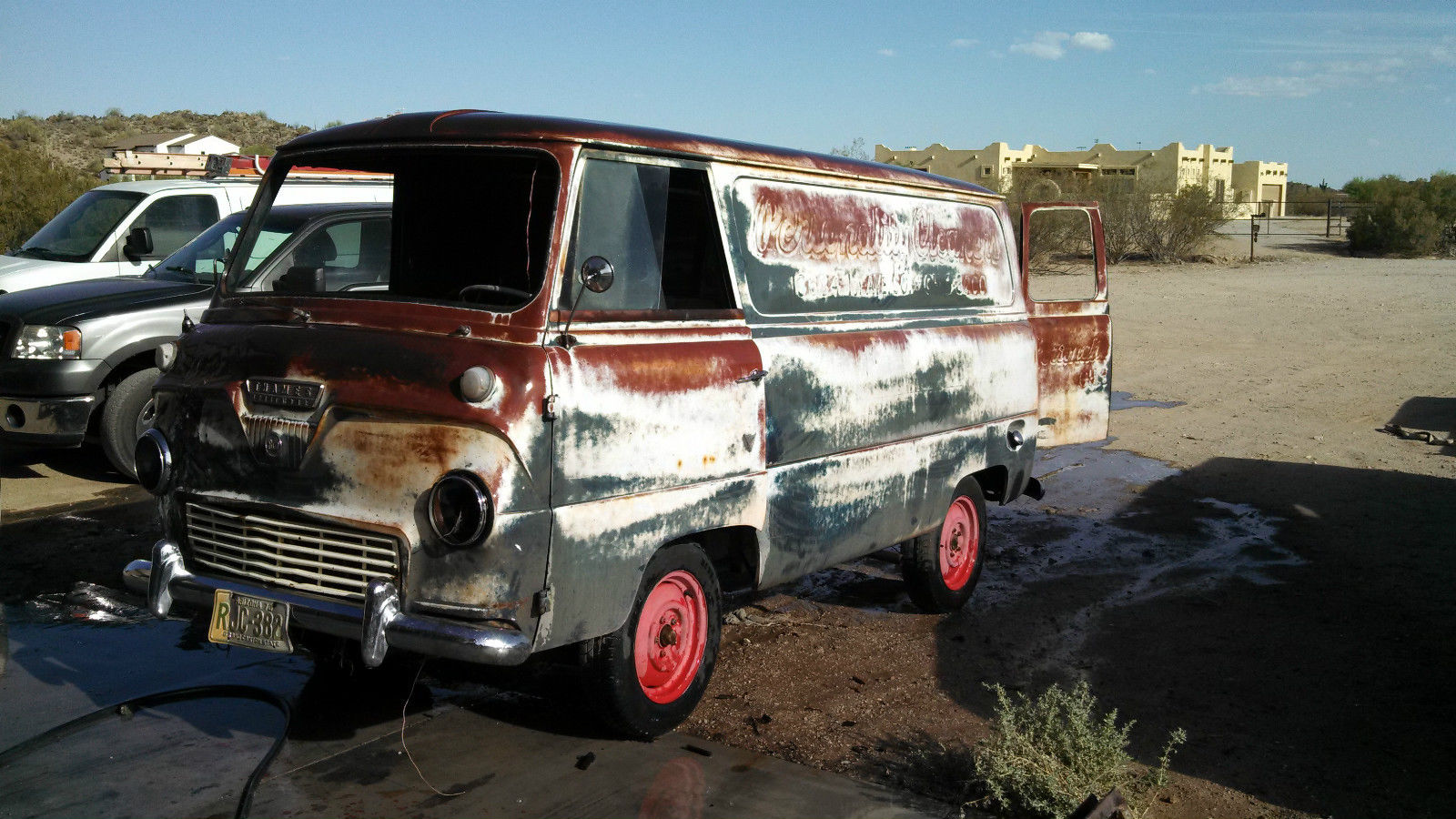 We love it when we find out about cars and trucks we never knew existed in this country. Take for example this 1957 Thames (English Ford) 800 Freightliner van. We’ve never heard of these let alone actually seen one before. This thing is even left hand steer, which may indicate that Ford did build a bunch of them for the export market, or they built a limited run to test the American waters. We’re thinking that these little vans didn’t get too much traction in the marketplace because if they did, we’d probably have at least seen one or heard about the fact that they existed before about 15 minutes ago when we saw this ad. This van was used as a delivery vehicle for a dry cleaning place if we’re making the remnants of the lettering out right and according to the seller, it has lived in Arizona for basically its whole life so there’s little actual rust beyond the desert crusted patina.

The engine looks to be a miniscule four banger which probably produced more noise than horsepower, so that thing would have to go in favor of something cooler, like one a 270hp-300hp EcoBoost four banger that would make the van sprightly and still keep it somewhat close to its roots as an efficient little runner. We’d slam this thing into the weeds and put some decent rubber on all the corners, 275 or wider on stretched minilite style wheels, again as a nod to its English heritage. Normally in these circumstances we don’t advocate for paint on stuff like this but in this case? We’d paint the van but we’d paint it old school and have it hand lettered up with all sorts of mildly inappropriate and childish stuff down the sides, including some big BangShift logos to let the world know who was rolling the odd little duckling of a van.

Camera gear, small work desk, laptop, and an air mattress and that van would be the most bitchin’ BangShift field unit ever. The little 300hp four banger wouldn’t make the thing into a total rocket but it would be fast enough to freak out the Honda kids and maybe even catch a pony car asleep for a couple of gears before they caught up. Just those few moments of causing sheer terror would be enough amusement for us. How would you build this van…or would you build this van? 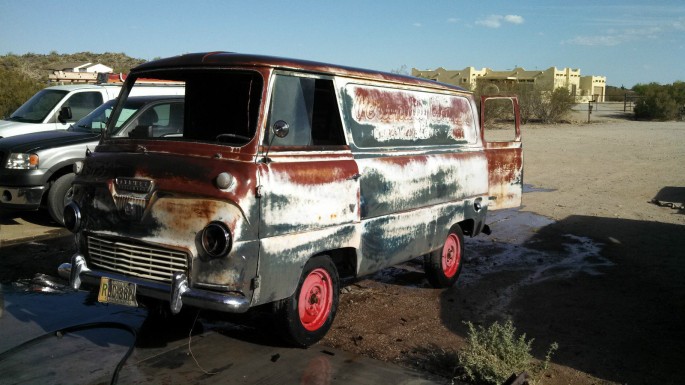 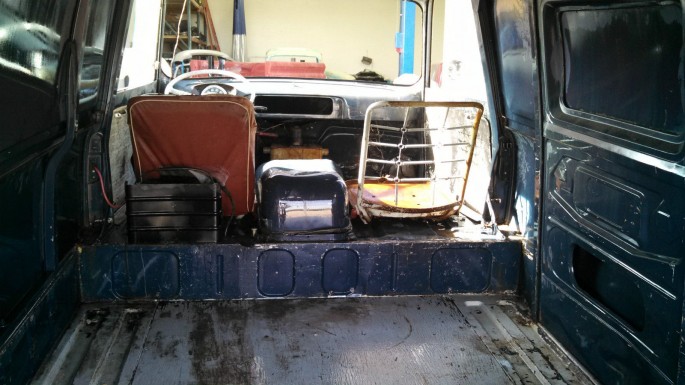 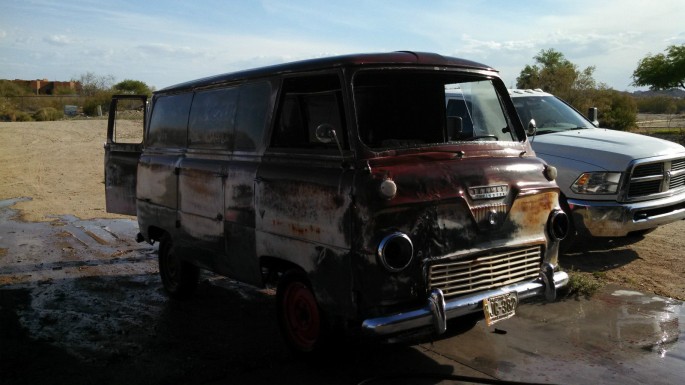 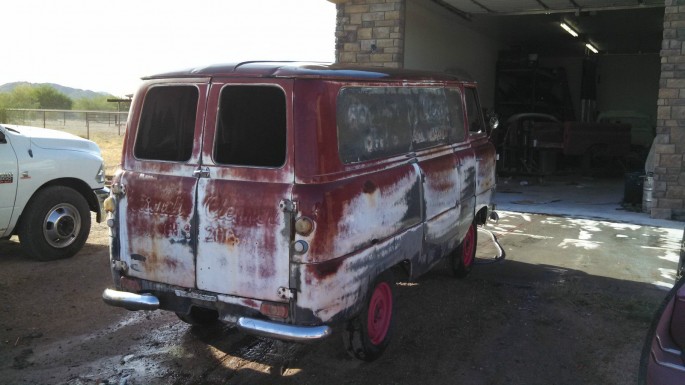 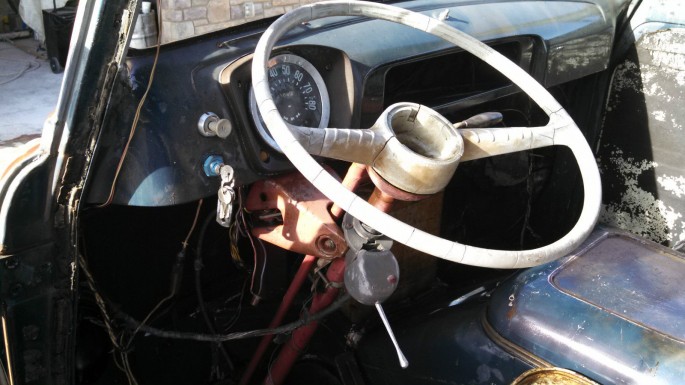 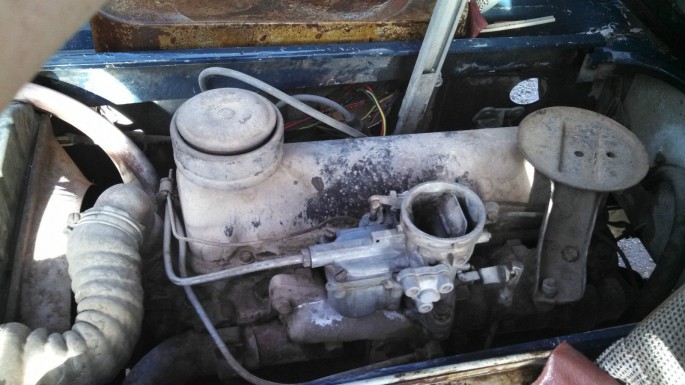 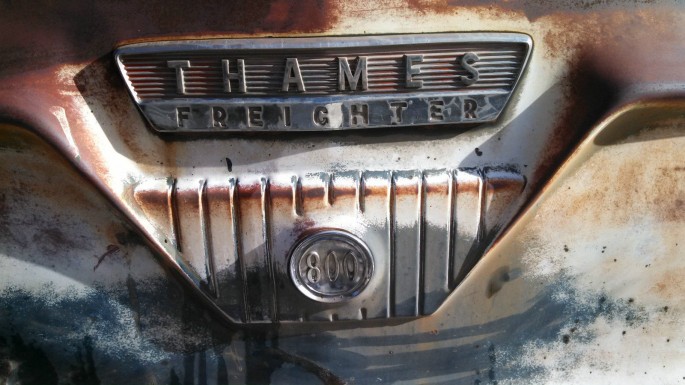 CLICK HERE for the ebay link to the 1957 Thames 800 Freightliner van
Watch RideTech's Bret Voelkel Talk About The Quicktrick Alignment System - Do A Pro Level Job Yourself! A Photo Tour Of The Incredible Lane Automotive Museum - A Collection Of Awesome Freaks, Racers, and More

9 thoughts on “eBay Find: This 1957 Thames 800 Freightliner Van Is The Only One We Have Ever Seen And Ripe For BangShifting”