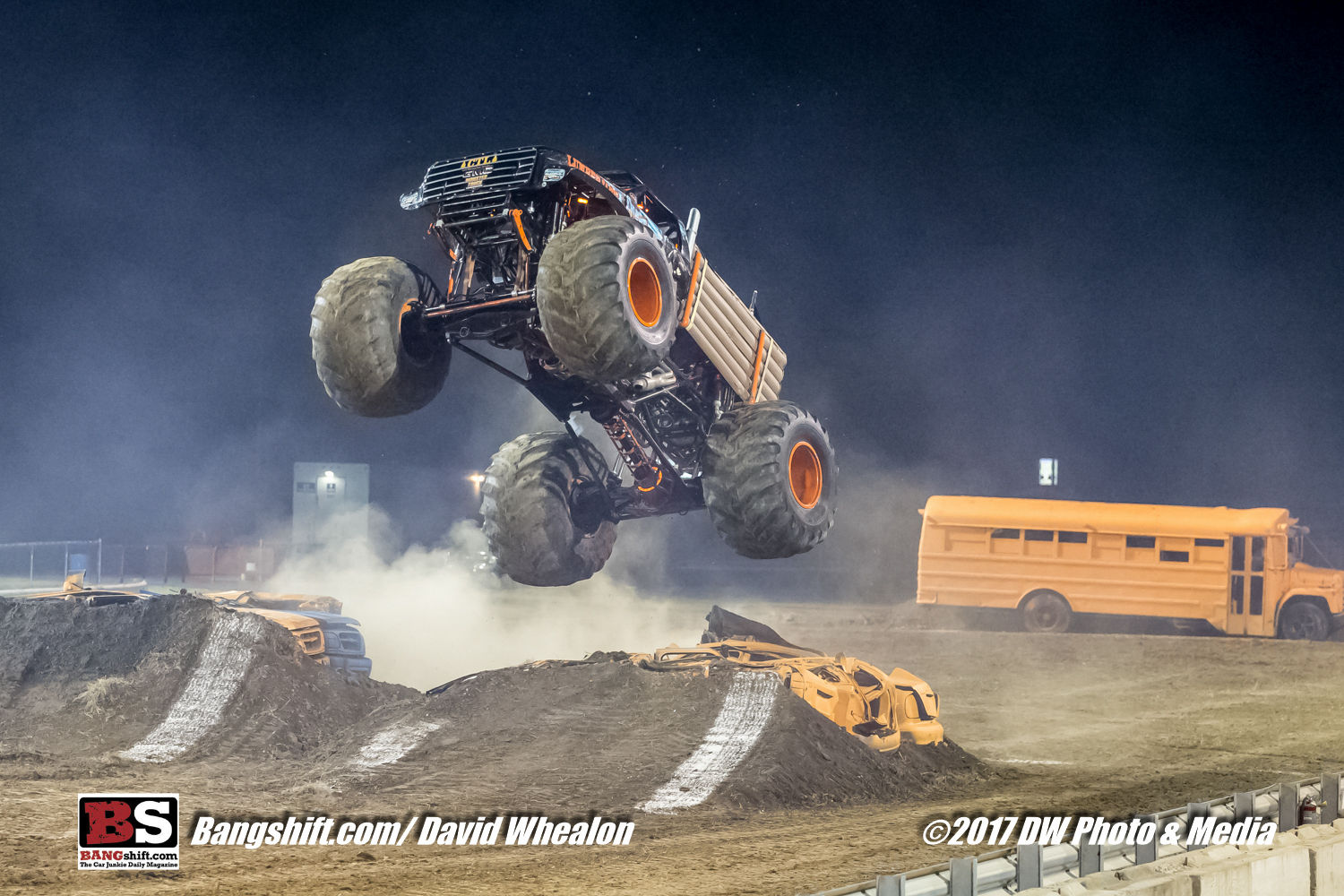 (Words and Photos by David Whealon) Who doesn’t just love Monster Trucks? For me this was my first live experience of a brand of entertainment that I only watched on TV and was one of those things that I always told myself that I have just got to go see in person. And with thanks to my friends at the Galot Motorsports Park I got to witness the awesomeness of these high flyin’, tricked out beasts with just a short drive down I-95. This marks the 2nd year that the diverse facility has hosted Elliot Miller’s “Monster Truck Throwdown”.

Elliot Miller formed his own brand of the travelling show back in 2013 to bring the joy to the masses of folks that maybe don’t live close to the major stadiums where the TV coverage is filmed and bring it close to home at their local racetracks, fairgrounds and ball fields. On any given night you will see your favorite TV monster truck stars such as “Avenger”  with driver Jim Koehler, Jamey Garner in “Overbored”, Steve Sims’ “Stone Crusher”  and the Monstah Lobstah “Crushstation” of Greg Winchenbach to name a few. These guys and gals travel tirelessly throughout the country in a years’ time appearing at a multitude of venues and different promoters’ shows between the TV slots at the major arenas.

Along with a pre-race party for pics and autographs from the drivers and the lovely Throwdown Girls, the Monster Truck Throwdown fans are treated to a full night of all the craziness of freestyle, drag racing and wheelie competitions all packed in about a four hour show. With eight of these gnarly machines on hand, the total non-stop air time and carnage gets the sold-out crowd roaring with excitement especially the kids that I think scream the loudest. Packing the house at every event is Monster Truck Throwdown’s specialty as testified by Galot Motorsports Park’s track manager Dana Strickland that it’s one of the track’s largest event crowd pleasers. So if you get a chance to check out one of these spectacular shows in your area be sure to get there early. Oh yeah, don’t forget the kids.

Here’s a list of competitors and winners from the two night, two show weekend event: