eBay Find: This Massive GMC Twin Six V12 Won’t Get You There Quickly But At Least It’s Thirsty 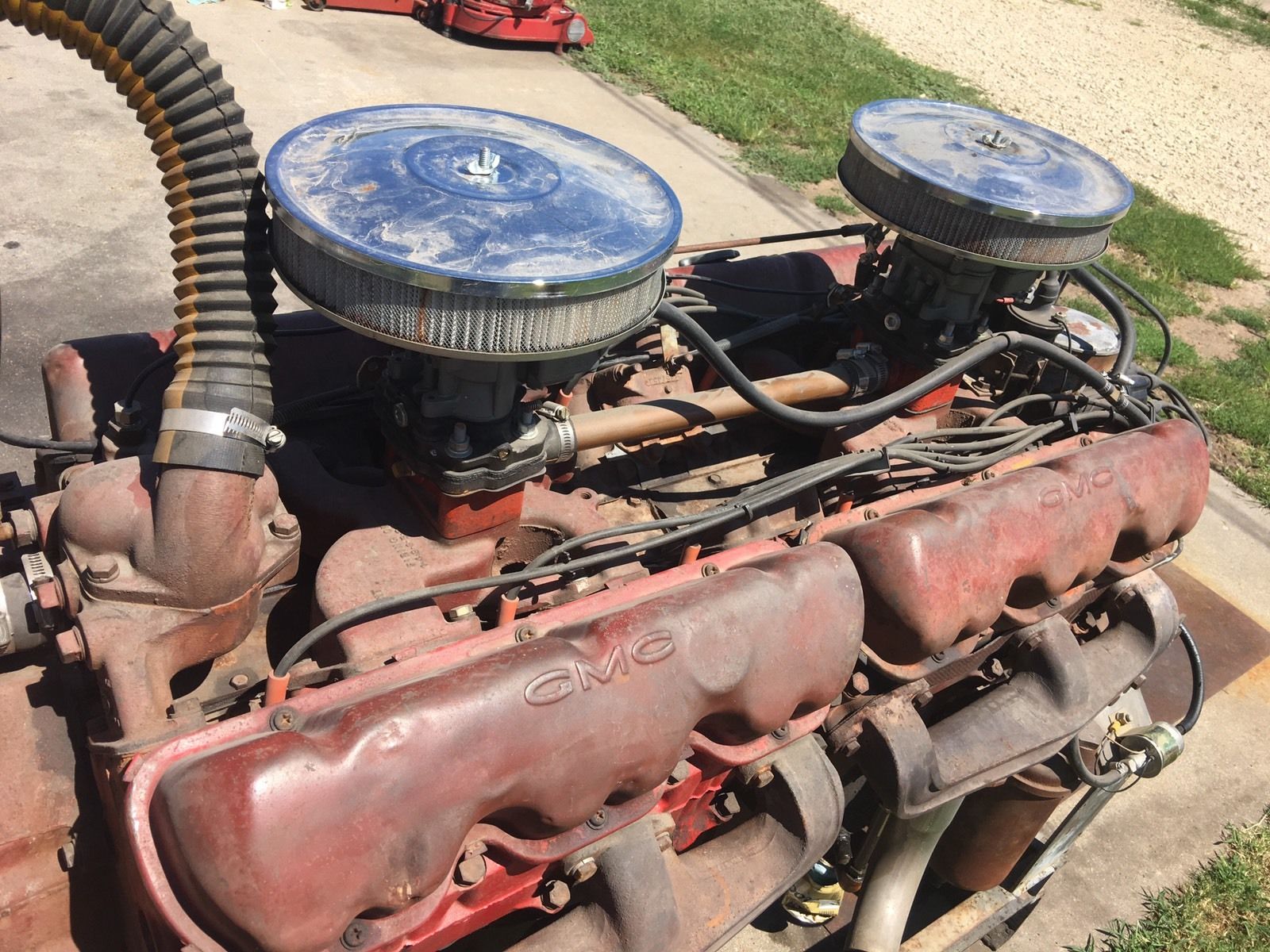 With the story we ran today about the V12 LS engine it seemed only fair that we give one of the more freakish engines that GM ever built its time in the sun. Thankfully there is one of these babies for sale on eBay so rather than just blather at you about the GMC Twin Six V12 we can tell you to buy one! This particular engine has lived in a collection of engines and is in damned fine shape, outwardly anyway. According to the seller the mill was regularly started and run during its time on display and it has been on this run stand for a long, long time. It runs now and can fire with the addition of a little fuel to the carbs which is a good thing.

The seller scored the engine for use in a rat rod and then he got the thing home and decided that it wasn’t something he was actually going to be able to make work so now it is for sale. The engines were used in trucks of various shapes and sizes for years by GMC in an era when the mighty turbodiesel engine as we know it today had not yet come to exist in its current form. This massive 702cu lump of iron made 250hp and 565 lb/ft of torque on a sunny day. The engine is NOT two V6 engines attached or welded together. It is actually a one piece casting. Yes, it does share many of the same parts as the V6 engines GMC was producing at the time but there are some unique properties as well. The twin distributor drive, the four exhaust manifolds and some other specific parts are Twin Six pieces but other than that, the guts are much the same as this engine’s smaller, still low revving cousin. The crankshaft is a one piece unit that weighs nearly 200lbs.

The engine has 56 head bolts, the insanely heave reciprocating assembly is so because of stuff like wrist pins that are over an inch in diameter, and the insane water pump moves 118 gallons per hour to keep the thing cool. This was a heavy duty engine that could run for hundreds of thousands of miles without much service. No one can say for sure how nice the guts of this one are but if you are looking for the cure for the common power plant in your hot rod, this dude has the ticket. Oh, and they only made a couple thousand of them so the chances of being shown up at a cruise night are virtually none. 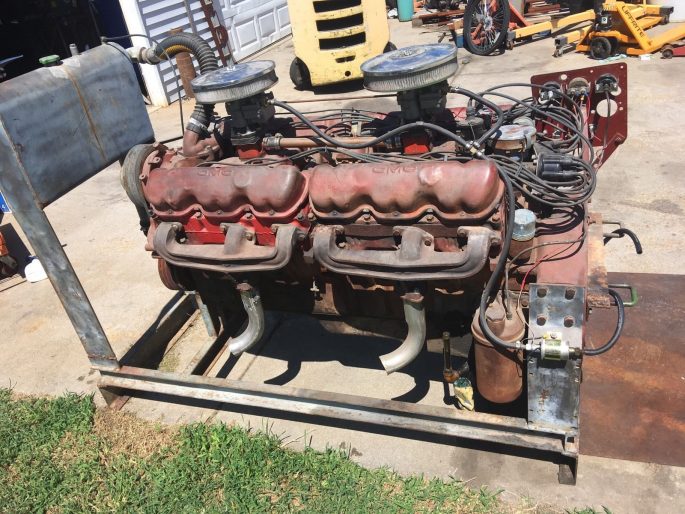 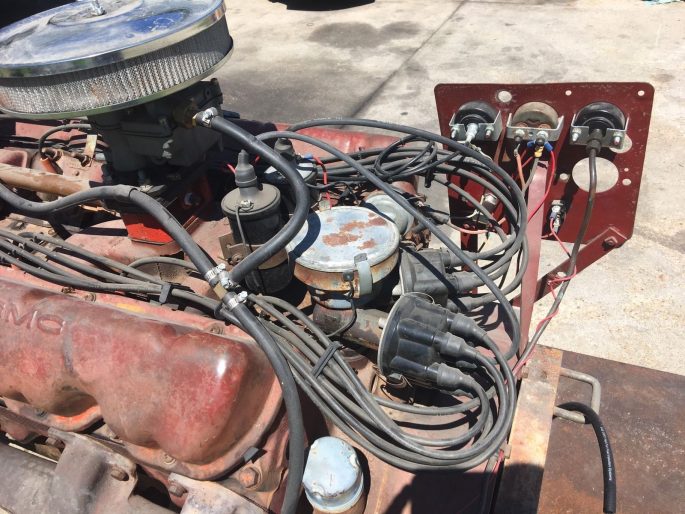 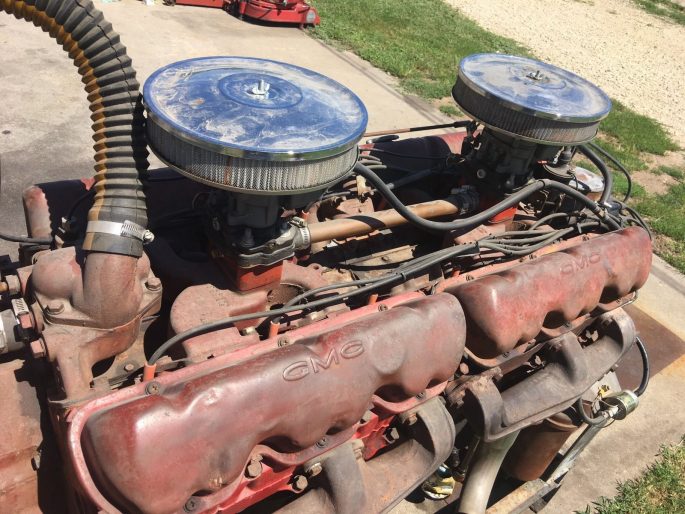 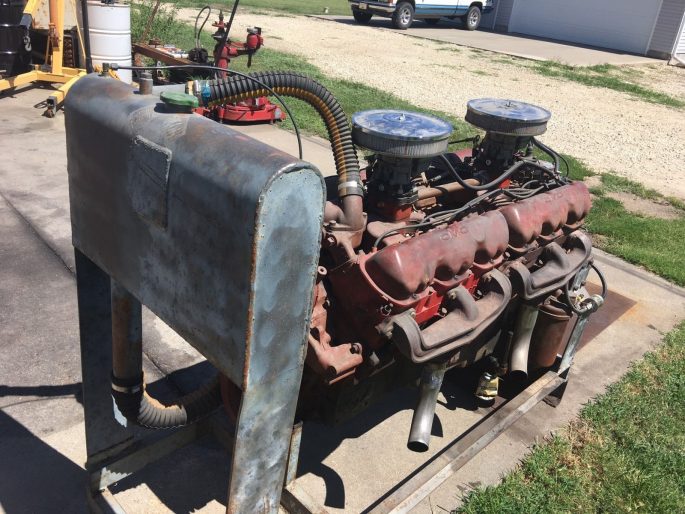 7 thoughts on “eBay Find: This Massive GMC Twin Six V12 Won’t Get You There Quickly But At Least It’s Thirsty”