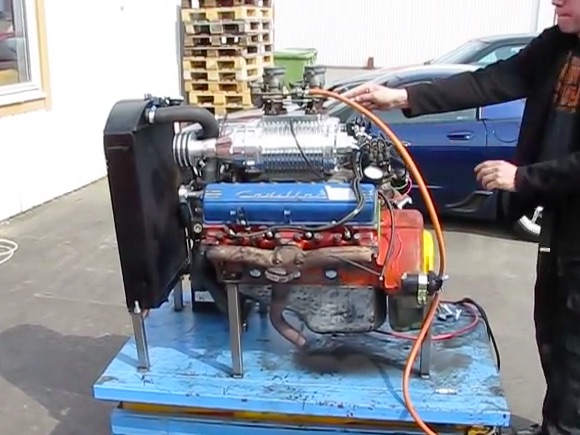 Today is a great date because while most of the world sees it as March 31st, us gearheads know it as Cadillac 331 and Chrysler 331 hemi day. These two engines were both developed just past WWII and they were integral in the development of the hot rodding world that we live in today. These engines hastened the end of the dominance of the flathead in the hot rodding culture. Overhead valves and hemispherical combustion chambers are things that we take for granted today but back in the late 1940s and the early 1950s this was revolutionary stuff and it really changed the automotive landscape.

Here’s a look at these two engines that really helped to form the hot rodding world with videos and all!

In 1949 Cadillac rolled out their 331ci V8 engine and really wowed the world with its performance and hot rodders being what they were immediately saw the potential in this design over the flatheads that dominated their world to that point. Now, it should be noted that it was not exactly common to see a hot rod with a Cadillac engine in it until a few years after the mills began to roll out because the kids building the cars certainly did not have the means to guy and actually buy one across the parts counter. No, they waited until the engines showed up in wrecking yards and forked over the short money for them as people still do today with LS engines and other stuff.

This was an innovative engine that really set the bar for some of the basic engineering ideas that dominated domestic V8 design and construction for years to come. One of the biggest were the short skirted pistons that allowed for more stroke in a compact package because the pistons were not going to run into the crankshaft. The other big deal was the fact that the engine was designed with the idea that there would be future increases in bore and stroke as the family lived on so those were engineered right into the design.

In stock form this engine produced 160hp when it debuted in 1949.

After years of development work, testing, and engineering gnashing the 331ci Chrysler Hemi made its debut in 1950 for inclusion in 1951 model year cars. Little did anyone know at that time that the engine would be the spark that would ignite a Chrysler legend that the company is still cashing in on nearly 70 years later. The engine was standard equipment in the New Yorker and Imperial and optional in the Saratoga at that time. Called the Firepower V8, the company was very sure that it had a hit on its hands.

The engine was an immediate success. Despite weighing some 700lbs it provided enough power to blow away performance numbers by Cadillac and Olds among other manufacturers and gave the Chrysler sales guys something to really harp on. Firepower cars paced the Indy 500 in 1951. Hot rodders soon got the idea that this engine could be a real killer and internally at Chrysler, performance enthusiasts in engineering soon got the era of executives and things started to get really interesting. Everything that engineers tried resulted in more power to the point that they built some ridiculous tests engines with compression nearing 13:1, huge cams, and special carbs. They were astounded to see their passenger car engine making as much or more power than race engines at the Indy 500! They had tapped into a performance well that would serve the Chrysler corporation very well for decades to come.

The rest is history and the story of the Hemi will continue as we work our way through “muscle car engine month” in April.

Size Matters: But How Big Is Too Big? Or Big Enough? Sizing Fuel Injectors For Any Power Level How To Install A Burst Panel On A Holley Lo-Ram Intake - Big Boost Safety