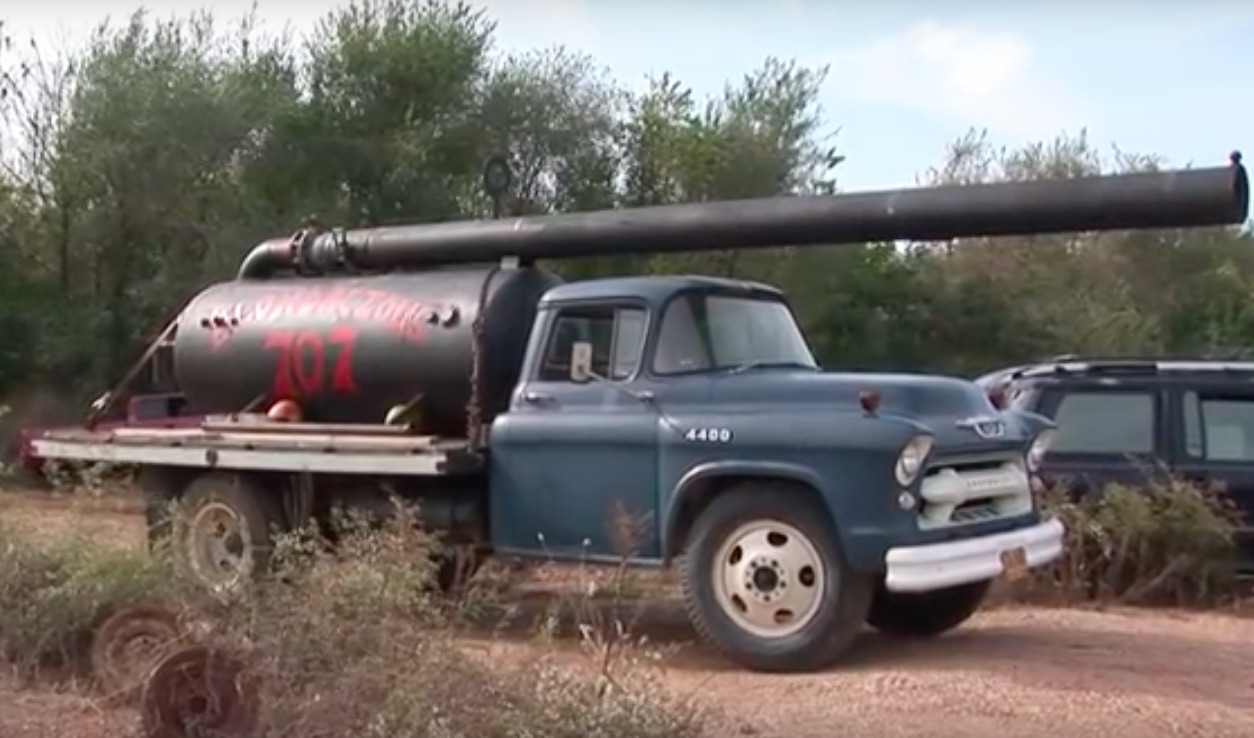 Sometimes you just have to admire the lengths people will go to have some simple fun. Now, if you are a fan of Ford vans from the late 1960s or early 1970s this video will probably make you puke on your shoes, but if some wanton mangulation doesn’t bother you, press on. What you are going to see is a sweet 1955 Chevy truck that has something called the Blowdacious 707 mounted on its back. Essentially the most massive t-shirt launcher/spud gun we have ever seen, it launches pumpkins and bowling balls like they are .22 caliber bullets. Here’s where the van comes in.

That old Ford van had been living at a junkyard for years and it is used for cannon fodder (literally) in this video. The destruction that the bowling balls and the pumpkins bring to the table is pretty amazing. From blowing holes right through the thing to impacting hard enough to bust body panels apart, this is an awesome demonstration of what air pressure and dense objects can do.

That’s about all we have. The video will do the rest of the talking on its own.