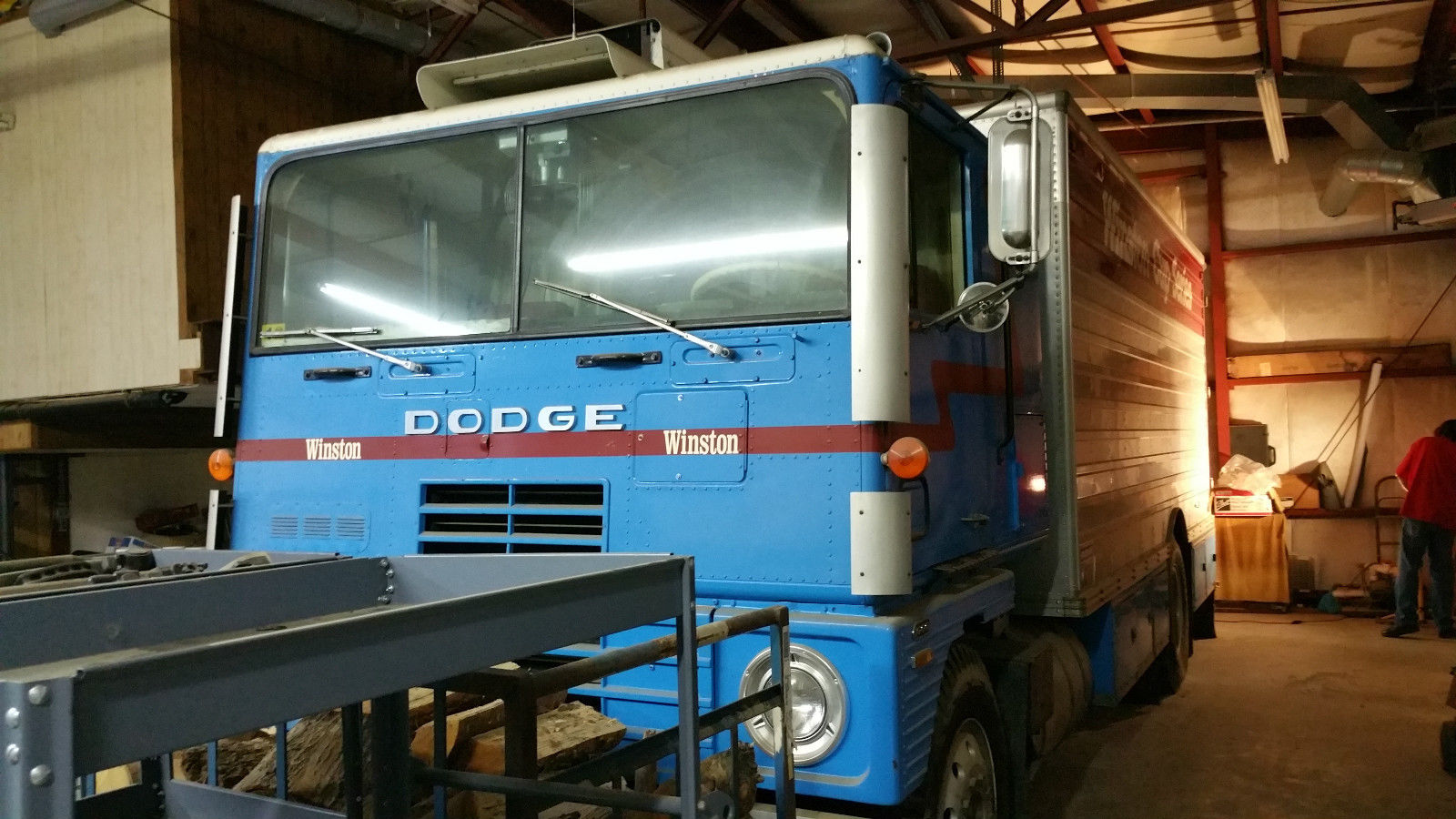 Yeah, this thing is as incredible as you think it is and thanks to a tip from BangShifter Price Chenault, we’re sharing the eBay link with you so you can see it all and maybe even buy it! The truck is a 1971 Dodge LVT1000. While the engine and transmission are not specified in the ad, we can tell you that these were sold with Caterpiller, Cummins, and Detroit Diesel plants depending on customer preference. We’re guessing that there is a big manual with double digit gear ratios at the driver’s selection. Normally we love those details but if you can believe it, the thing we enjoy more about this is EVERYTHING ELSE about it! The history of the thing, having been used by the legendary Richard Petty and then passed to Mopar stalwart Buddy Arrington cannot be beat. It is in amazing condition and as the ad says, the back compartment of the truck is a literal time machine back to an era of NASCAR racing that will never been seen again. Also included with the truck is the small tandem trailer that actually hauled the car. This was the truck that had the parts, pieces, and storage for the team while the trailer is how the car actually moved around.

According to the seller, the back of the truck is sitting exactly as it was when last used at the races. Everything from the brand new spark plugs in their boxes, to the Winston smokes, and even apparently Buddy Arrington’s pajamas are still in there. The cabinets look brand new and while there is a bunch of stuff back there we would not consider it a mess by any stretch. On the outside, the Petty blue paint and Winston logos are perfect and the truck has tires on it that look like they date from the 1970s or maybe a little newer than that.

You know who Richard Petty is, but Buddy Arrington may not be as familiar to you. Arrington is a hero to the Mopar crowd as he never raced anything else in a NASCAR career that spanned more than two decades. The guy was a top 10 finisher twice in the points but never pulled off a race win. He was such a Chrysler guy that after the factory support literally dried up in the late 1970s, he continued to run Mopars on his own right into the 1980s. By 1984 he had sucked up all the old Chrysler parts and pieces available to field a semi-competitive car and after a stint with Bill Elliot he retired. We don’t know how long he used this combo but we’re guessing that Buddy got a lot of use out of it and by the time it was retired it likely was one of the older trucks in the pits.

Oh the stories that this monster could tell!

CHECK OUT THE PHOTOS AND THEN HIT THE EBAY LINK TO SEE MORE! 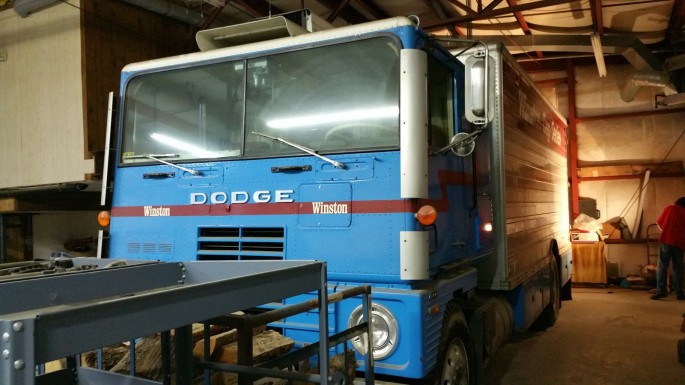 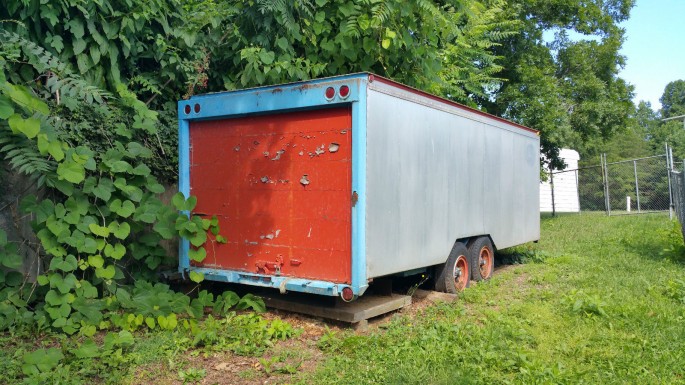 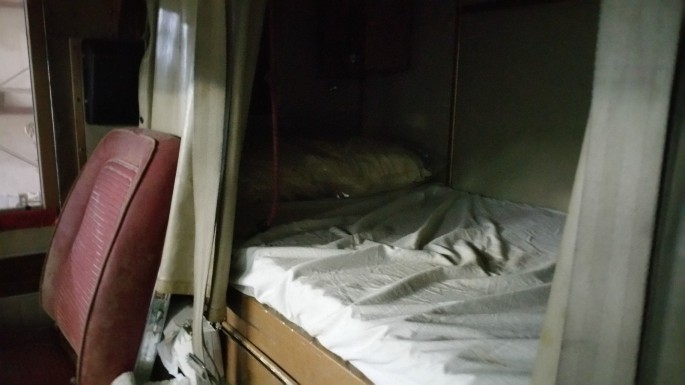 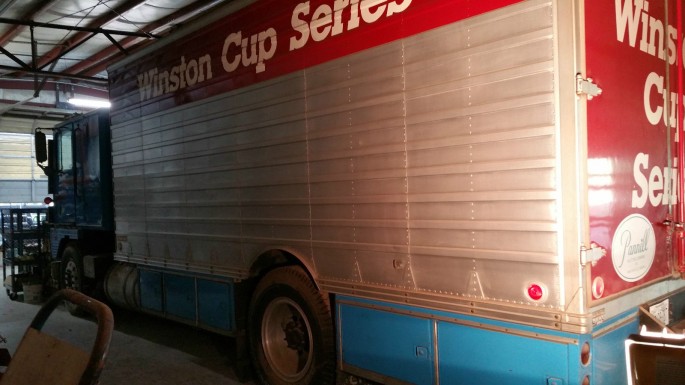 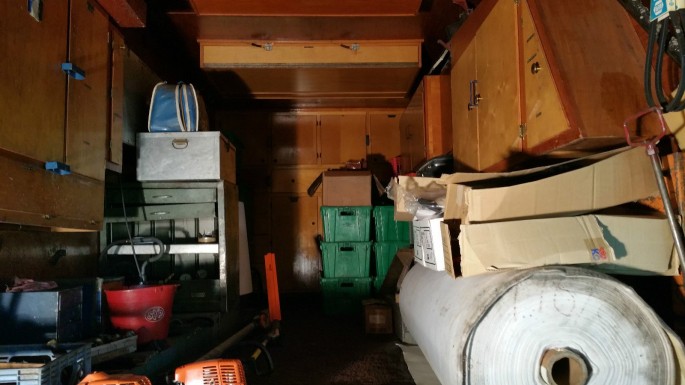 Is Bonneville Speed Week 2015 Already Doomed? The Salt Lake Tribune Thinks So Watch An Old Minneapolis Moline Pulling Tractor Launch Parts And Completely Puke Its Guts Out During A Pull!