Insanity: In ’62 Chevy Sent A Group Of Corvairs And Trucks Through The South American Jungle – This Is Incredible Video 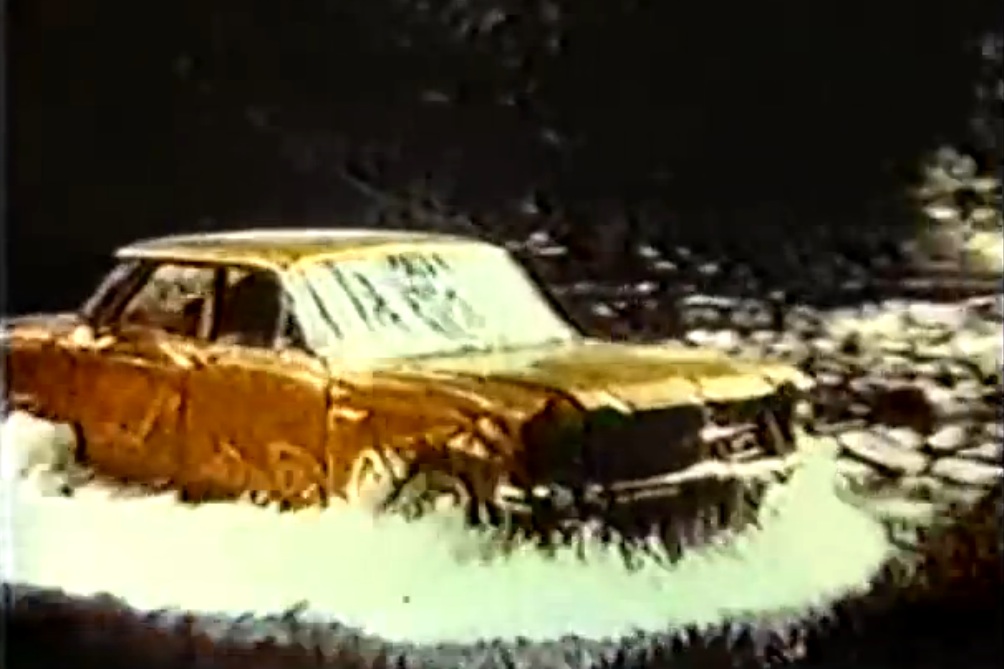 In the realm of the craziest things people don’t talk enough about, that fact that in the 1960s GM sent people, a group of Chevy Corvairs aand trucks driving straight through the jungle in Central and South America is tops. We were completely blown away watching the video below.

That faceless Corvair you see in the lead photo looks that way because it smashed, bashed, and forded its way through a literal jungle with guys cutting machete paths in front of the vehicles where they could. In places, the cars were winched by the trucks up near vertical hills or they simply rammed their way through mud, mire, and muck the likes of which the civilized world no longer sees. All of this was done to get across the “Darien Gap” which is the one missing link in the Pan American Highway.

By all accounts, these were showroom stock cars with snow style tires installed and drivers with balls of steel. We’re not sure how more bluntly we can put it but they DROVE STRAIGHT ACROSS A FRIGGIN JUNGLE IN CORVAIRS. When you start watching make sure to take in both halves, especially the second because that’s the real fun. By that point the cars and trucks are so beaten, bruised, and bashed they look about ready to give up the ghost. The trucks have the headlights smashed out, the sides are completely taco’d flat, and there’s not an inch of straight metal on them. The cars look even worse!

The video tells the story and it is easily one of the craziest stories we have ever heard of and one that too few people know about.

WATCH PART ONE BELOW AND THEN CLICK ON THE LINK BELOW THE VIDEO TO VISIT BESTRIDE.COM FOR THE SECOND HALF OF THE ADVENTURE -UNREAL!

One thought on “Insanity: In ’62 Chevy Sent A Group Of Corvairs And Trucks Through The South American Jungle – This Is Incredible Video”