The Maine Snow Fighters Is A 1950s Film Full Of Great Cars, Trucks, And Man VS The Elements Footage 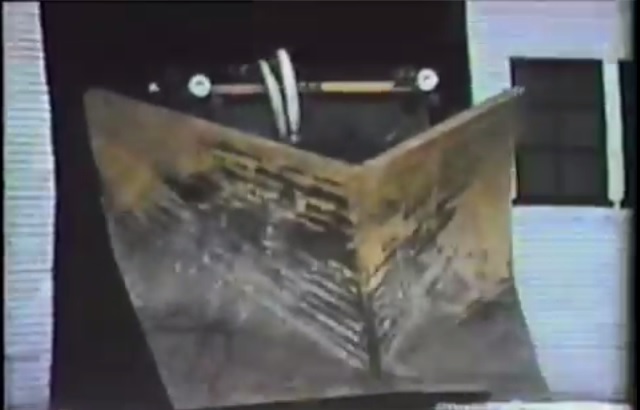 So I am on a snow kick, forgive me. This video from the 1950s was made by the state of Maine to promote their highway department and the hard work they put in every winter to keep the roads open and passable for cars, trucks, police, emergency personnel, and commerce. This is a great video because it was professionally made so it has great sound, color, and action. It is also a great video because it is chock full of 1950s cars and trucks like you wouldn’t believe. From pickups pulling sedans out of snowbanks to Walter Snow Fighter trucks ramming back the growing walls of white, this thing has it all.

Among the more interesting parts of the film is the section where they show guys spreading sand and salt. With salt they simply dumped it in the middle of the road and traffic kind of worked it to the outside, clearing the thing to asphalt by the end of the day. Two guys shoveled to the side of the tilted bed as the truck went down the highway. With sand, the really tilted the bed and one poor guy had to brace himself back there and shovel the sand down into what amounts to a glorified fertilizer spreader. Nuts! Guys have to have bought the farm with this method because a big bump would not be a good scenario to the man standing in the near vertical dump bed.

The communications and monitoring network was awesome as well. At night, supervisors would patrol the highways in their pickup trucks, reporting their condition back to base as the plows worked in the dark. While the ease of communicating today makes this process seem simple, it was very involved back then.

This is a truly entertaining film for both the historical and mechanical aspects. Maine did a nice job making this one because it holds up six decades later!

Question of the Day: Would You Care If The Automakers United Their Engine Building Divisions Into One Shared Unit? The Car-Eating Corner: This One Section Must Has A Magnetic Pull!

One thought on “The Maine Snow Fighters Is A 1950s Film Full Of Great Cars, Trucks, And Man VS The Elements Footage”