Best of 2014: An Ohio Scrap Yard Owner Bought A Bunch Of WWII Era Planes In The Late 1940s To “Save” Them – They’re Now All Rotting In The Woods – Amazing Photos 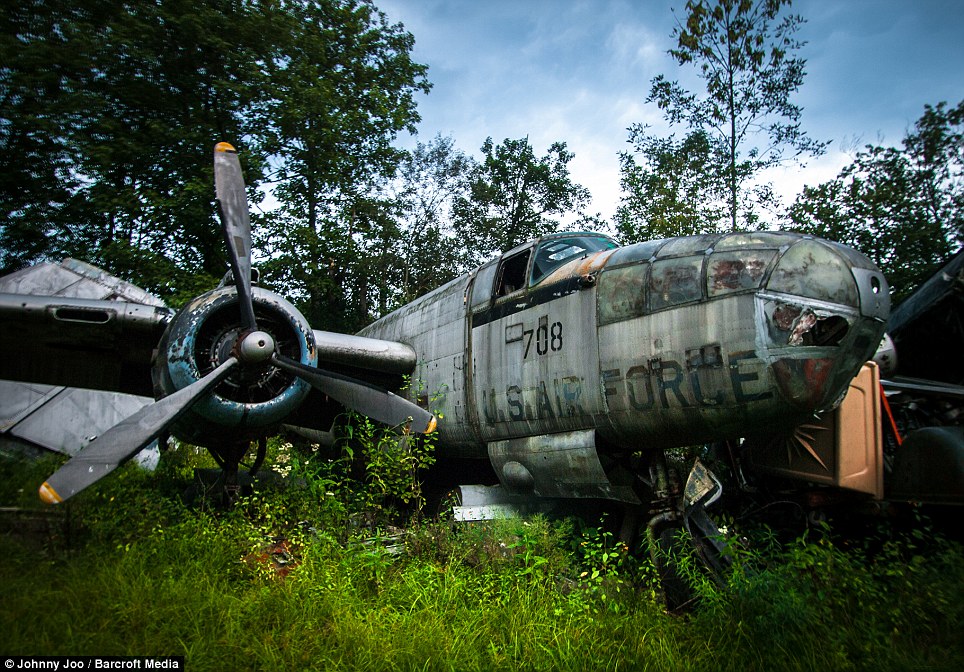 Walter Soplata must have been an interesting dude. After all, the guy went on a pretty amazing buying spree in the late 1940s, buying old warplanes that had participated in WWII in an effort to preserve and save some of them from being chopped up for scrap and otherwise torn to shreds. Ironically, the very planes he sought to preserve decades ago now sit in the woods of Ohio, right where Soplata left them and there doesn’t appear to be any plans to have them saved or restored in any way.

Don’t get us wrong, we applaud the fact that Soplata did what he did and the photos taken by 24- year old snapper Jonny Joo are both haunting and beautiful but what is going to happen to these things now? There’s a B-25 and a host of other craft in there which are slowly returning to nature among the trees. Apparently the family has kept the location of the stash secret since Walter’s passing to keep scrap seekers and the gawking public away. Now that the town of Newbury, Ohio has been revealed as the specific location as to where this stuff is, we’re not sure what that means for the “collection”.

It would seem to us that Soplata’s original mission of preservation could still be upheld, even if it meant using some of the planes as donors for the restoration of others. Think of a couple of these birds as “parts cars” for the fixing of other, more intact craft. The wiring and all of the associated systems have to have degraded to a horrid state at this point and we have no idea what the state of the airframes or other structure would be. Can these even be moved from where they sit?

The photos and story behind this stash is awesome. Click the image below to see all the photos and learn all the background! 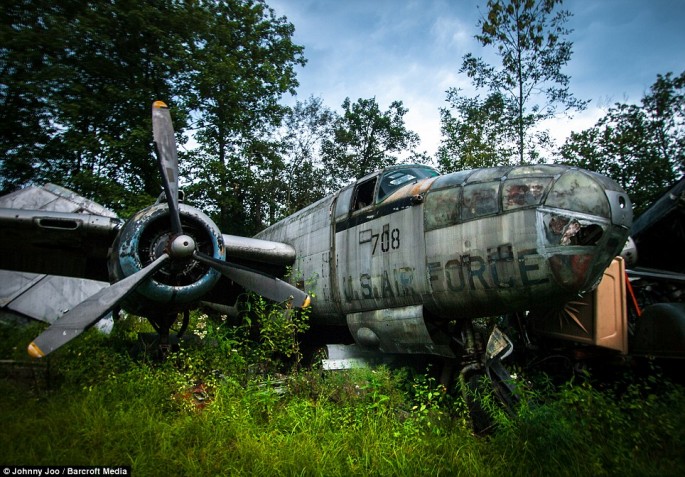 9 thoughts on “Best of 2014: An Ohio Scrap Yard Owner Bought A Bunch Of WWII Era Planes In The Late 1940s To “Save” Them – They’re Now All Rotting In The Woods – Amazing Photos”