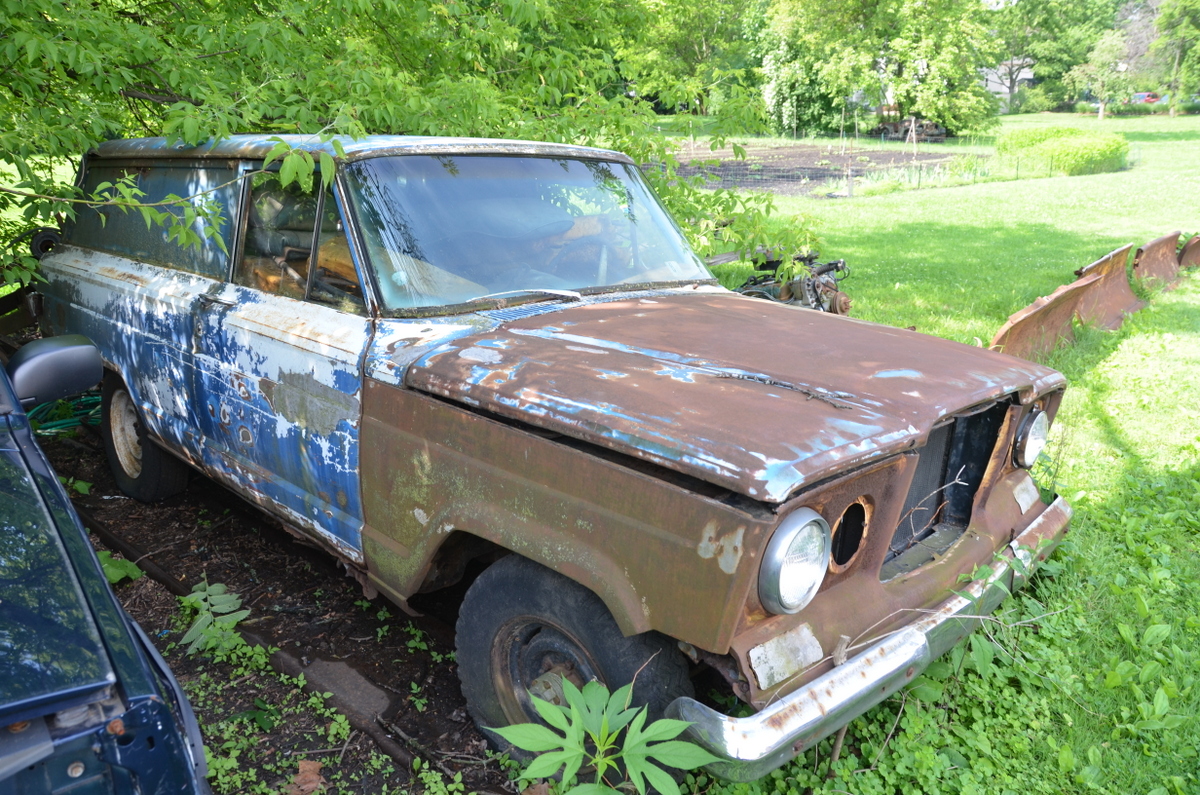 (Words and photos by Greg Rourke) – After the recent feature on the Jeep wrecker, I was reminded of a Jeep I had been meaning to shoot for a while now. A Jeep panel delivery languished back in the tulies at a local Jeep dealer.

When I first saw this I figured someone painted the windows, or maybe welded sheet metal on a Wagoneer. A little research showed that these were factory built, it appears from 1963 through 1967. Early models had the Tornado OHC-6 engine, with 140 rompin’ stompin’ horses. These were known to overheat and ping, and apparently the only way they could think of to fix this was to lower the compression ratio to 7.5:1, reducing the output to 133 horsepower. A unique feature to the Tornado engine was the intake and exhaust valves were both opened by the same lobe. In 1965 the Tornado was replaced with an AMC sourced 232 inline six, and a 327 AMC V8 was optional. All were available in two or four wheel drive. An automatic transmission was offered, the first 4WD truck to be so equipped.

Surfing the Jeep forums shows these babies are pretty rare, and are the White Whale of Jeepdom. It seems most were built for military use, few ended up as civilian vehicles. They used barn door style rear doors, rather than the tailgate found on the Wagoneer. The few folks that have a panel are all looking for a set of decent back doors. The doors on this panel didn’t seem too bad, at least in comparison to the rest of the truck. The big hole on the left door is where the license plate mount was, looking like an afterthought. The factory rear bumper had a nice flat spot right in the middle, looking like that’s where a plate would go. But no, Jeep ordered up a couple thousand brackets from J C Whitney or some such and punched a big hole in the door. Go figure. The owner of the dealer where it sits has been in the Jeep business since 1946, so I’m certain he knows what he has.

We’ll be keeping an eye on this one, and keep you posted on its future. 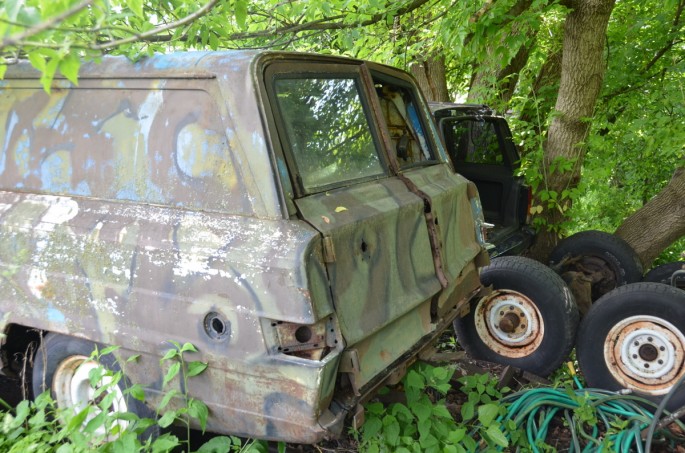 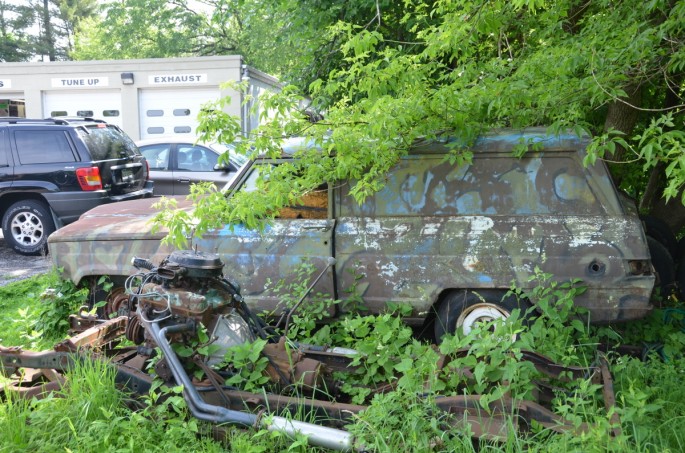 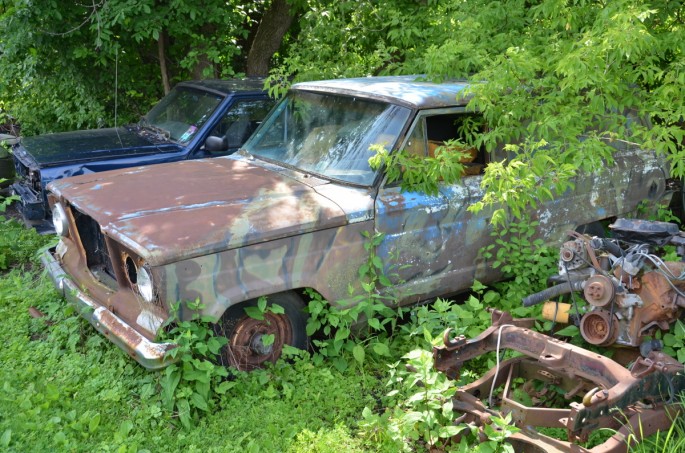 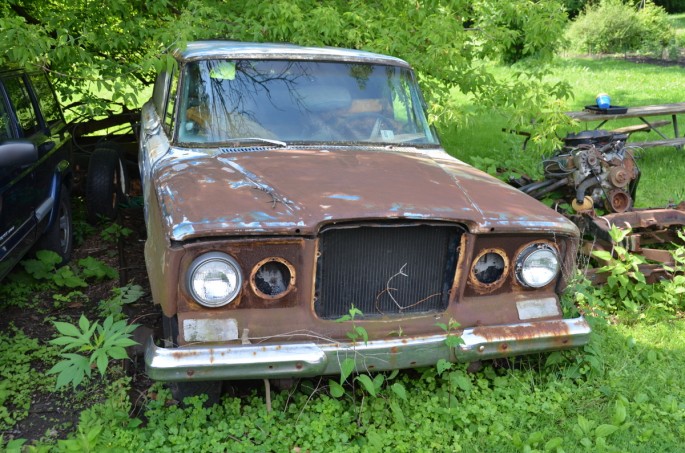 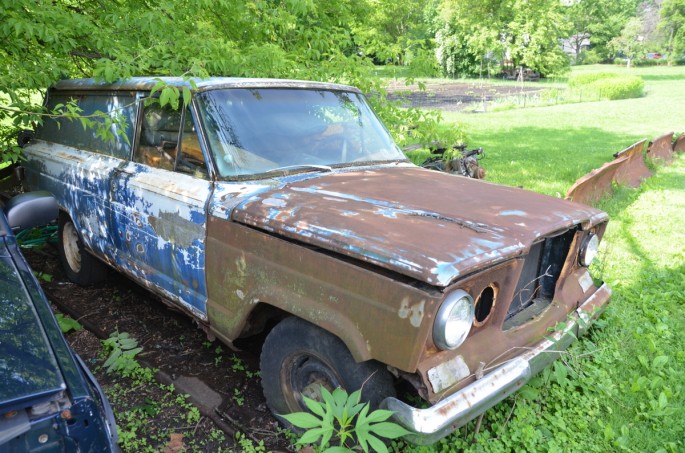 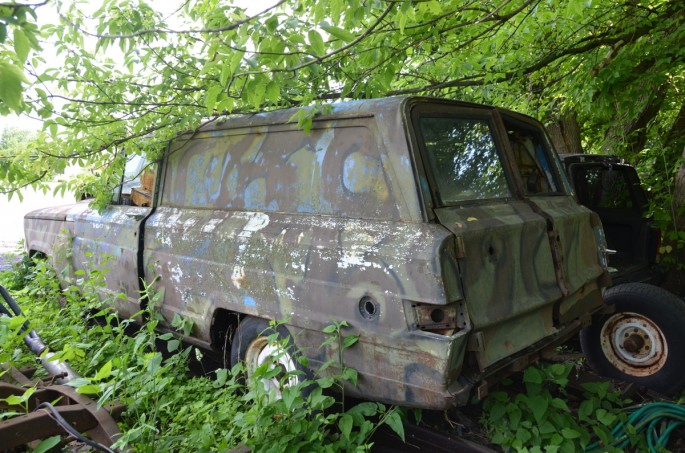 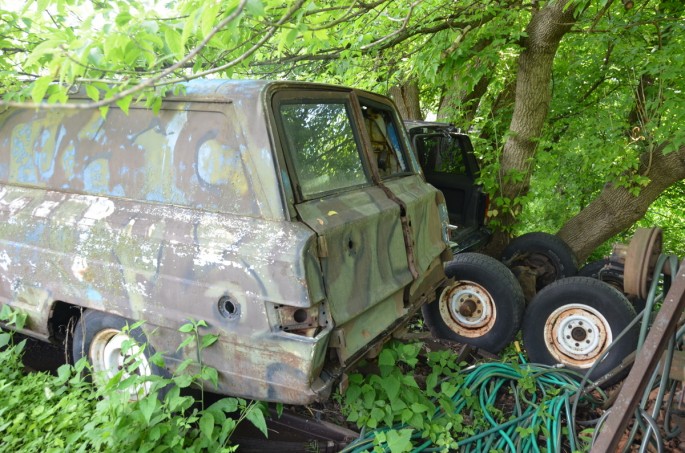 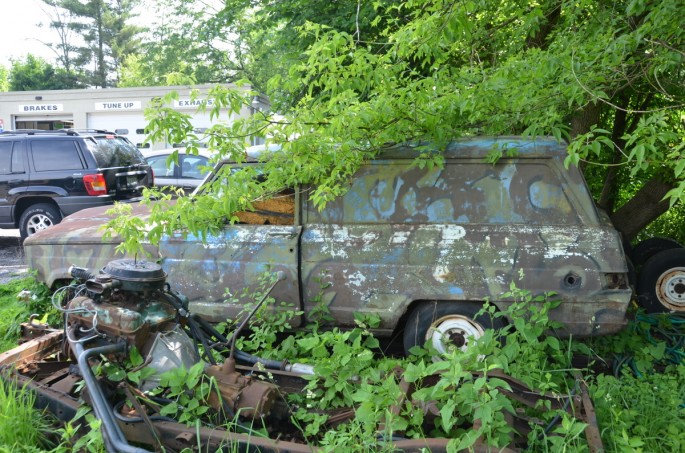 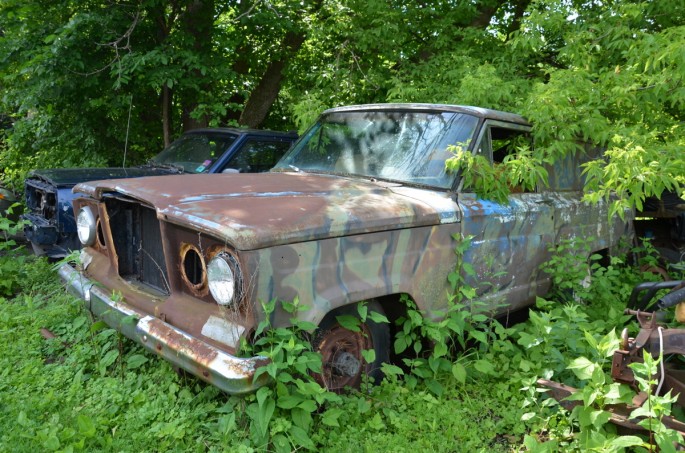