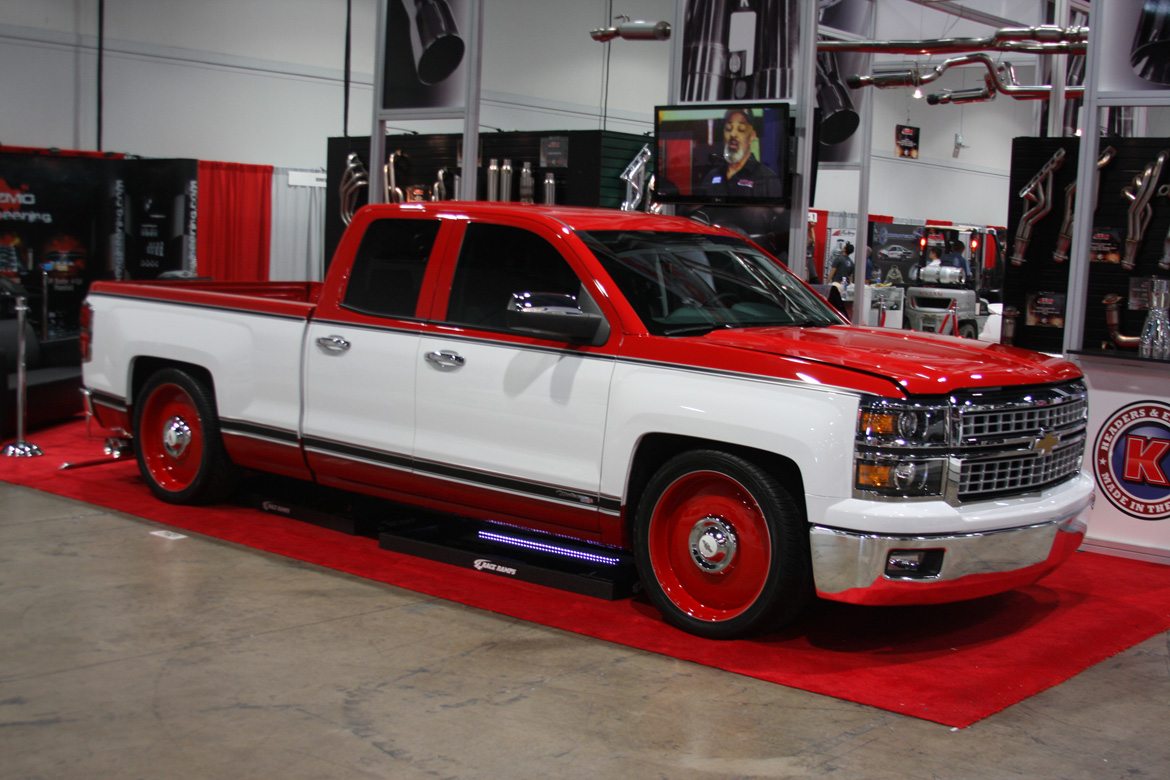 I guess I was in a truckin’ mood yesterday because after seeing the tracked FC170 Jeep at Daystar, the next thing that froze me was this awesome Silverado which is living in the Kooks Headers and Exhaust booth at SEMA 2014. The truck was modified by noted builder Chuck Mallet and I think he knocked this one WAY out of the park. This may actually be the first modern vehicle done with a retro treatment that I not only like but actually love and it is for multiple reasons. The first is what Mallet did not try to do. He did not try to make this truck into a 1973-1987 GM truck. He used themes and cues from those trucks but he did not go the clown car route that a lot of retro projects take when, say, a modern Corvette is “turned into” a 1953 Corvette. There are certain inescapable things that make those body kits look weird like the windshield rake and other elements. With this Silverado, Mallet looked at the things that defined those square boxy trucks and worked them into the modern pickup with amazing grace and it starts with the paint.

If we were GM and saw this truck we’d be back at the office tomorrow exploring how to make the classic two toned paint job an option again. This one looks spectacular with red on the rockers and above the belt line. The smoothie wheels with the chrome centers are cool and a modern nod to the steel wheels that so many pickups used to roll around on, and the egg-crate style grill work that was added above and below the “bowtie bar” across the center is perfect. By leaving that center bar across the grill it keeps the truck from looking awkward and adding the custom touch above and below it is great because it calls back to era he was shooting for in as subtle a way as possible.

By far the crowning achievement on this truck is the handmade trim that’s on it. When I was walking up I halfway expected to see that it was airbrushed on or something but the closer I got the more I realized that this trim was the real deal and since there’s no catalog for old school trim which fits a new school truck Mallet did what craftsmen do and made the stuff. It looks boss and the tailgate is a masterpiece. It would have been so easy to go completely off the rails with this idea and go down the road of so many other “multi-year” cars but Mallet did not do that and we love his restraint and wit which shines through with this truck. Mallet did a beautiful job on the bumpers at both ends as well. Up front he filled an area that would not normally be metal with steel and had the whole thing chromed up and out back the simple chrome bumper is certainly a call back to the days of yore when a chrome step bumper was how you rolled in style with your rig. Thoughtful and nice touches that all add up.

Lest you think that the engine is stock, we need to tell you that the LT engine under the hood is wearing a Whipple blower, Kooks headers, and a Kooks exhaust system. While we did not hear the truck run we can only imagine the fury of what that blown motor sounds like breathing through the headers and rumbling out the exhaust which exits exactly where it should, off to the side and behind the passenger side rear tire…just like it did from the factory back in the day.

What do you think? Agree with me that he nailed it, or am I off base? 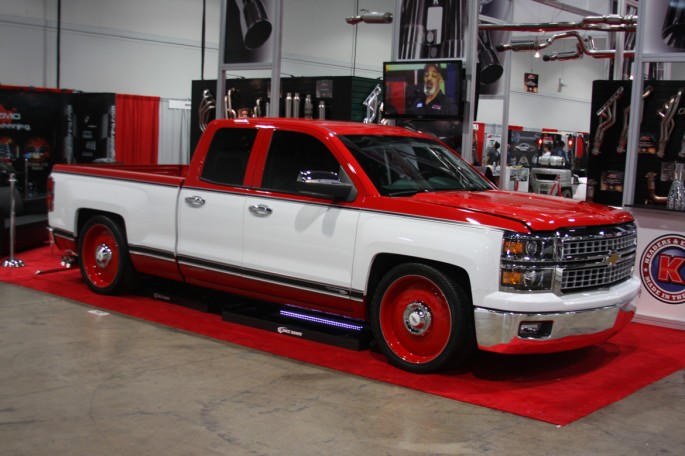 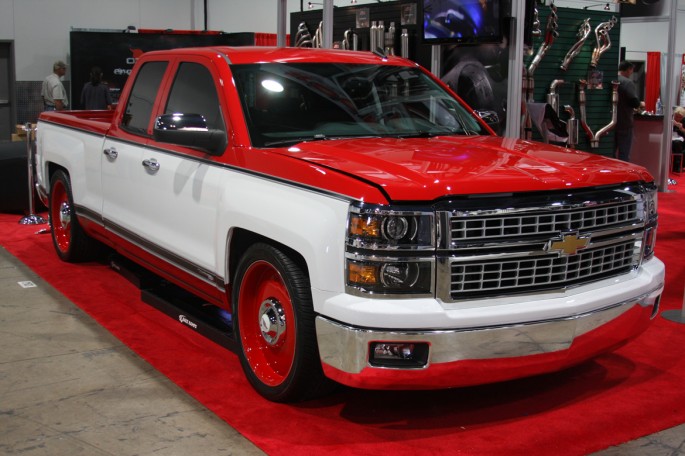 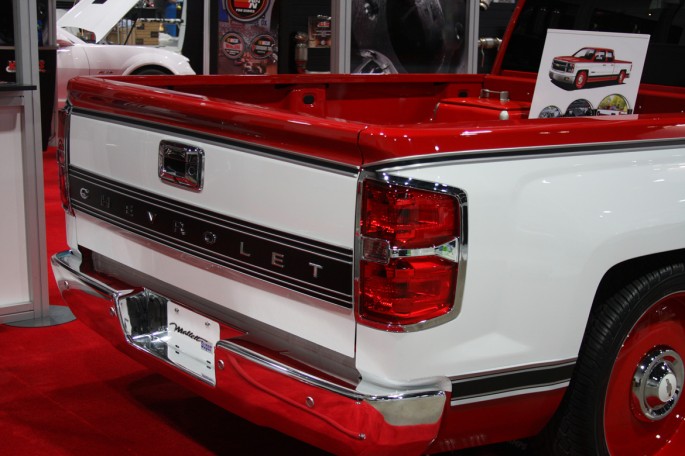 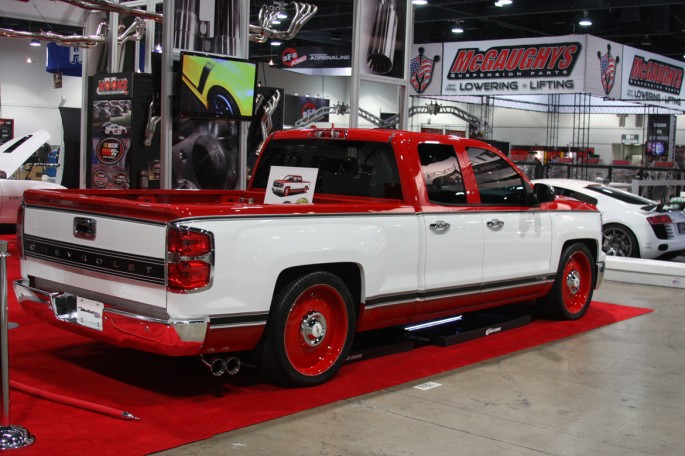