Odd Moment of Zen: This Video of Ships Intentionally Running Ashore Is Kind of Awesome 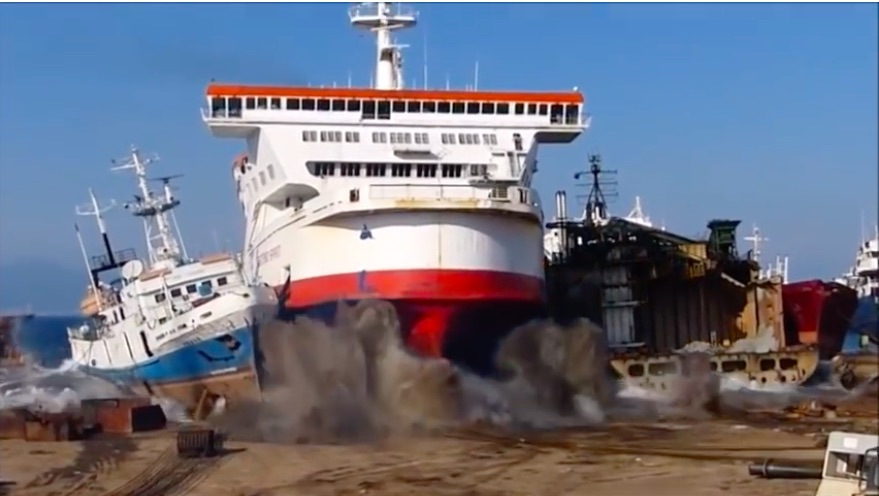 This is one of those moments when I really have to recognize how weird that I am. Watching this video was both entertaining and oddly calming to me and I have no idea why. What you are about to see are five different ships intentionally running themselves ashore, some at higher speeds than others. These are not dinky little boats, these are for real ships coming in with the fog horn blazing. Why in the hell would they be doing this? Where in the hell would they be doing this? The answers are simple.

In places like India and Bangladesh, “ship breaking” is still a thing. This is the process of literally cutting apart retired ships piece by piece, by hand. The work is dangerous and awful, the conditions are bad, and the pay sucks worse than all of that. You are watching the ships landing in their final resting places because shortly after they come to a stop the cranes, the men, and the cutting torches show up. Cutting the ships up for scrap and making money on the value of the steel is the nature of the business and it’s effectively the same model as your local wrecking yard except no one is buying the parts, they are all going to be smelted.

The first one of these landings is really the best. Style points and a dramatic look. Man, I am a weirdo.

Origin Story: How The Tokyo Drift Monte Carlo Came To Exist Awesome Video: The Story of The Royal Bobcat Package As Told By Jim Wangers

3 thoughts on “Odd Moment of Zen: This Video of Ships Intentionally Running Ashore Is Kind of Awesome”