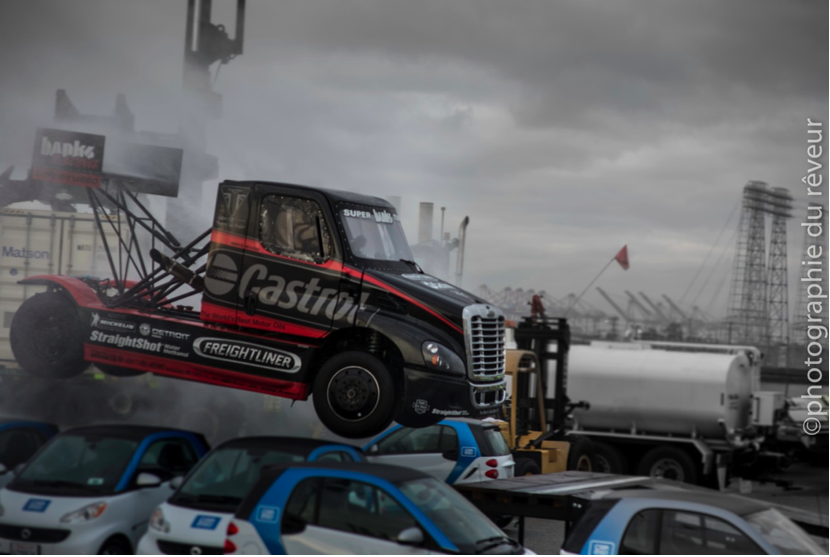 We all remember the awesome Size Matters video featuring the huge hot rodded Freightliner of Mike Ryan. Well as we told you in January, Ryan and a team had concocted a new video and were working to raise the money and get their paperwork done to shoot it. Mission apparently accomplished on that front because we were tipped off to the existence of a Size Matters 2 preview reel by II Much Fabrication’s John Ulaszek, one of Ryan’s sponsors. The preview reel indicates that Ryan and crew rented an area at the port of Long Beach to shoot this video or at least parts of it.

In the three minute video below you’ll see indications of a chase scene, you’ll see people literally being dragged across the pavement while holding onto the back of the truck, and what you won’t see is probably the biggest part of all…the jump. Yes, Ryan jumps the truck and while you don’t see it in this preview, WE PROMISE that is happens and that you’ll see the full length video in a week or so just before the Mid-America Trucking Show kicks off. Freightliner will be there running the video in their booth, so it will hit before the show opens (we’ll be at the show this year, to boot!).