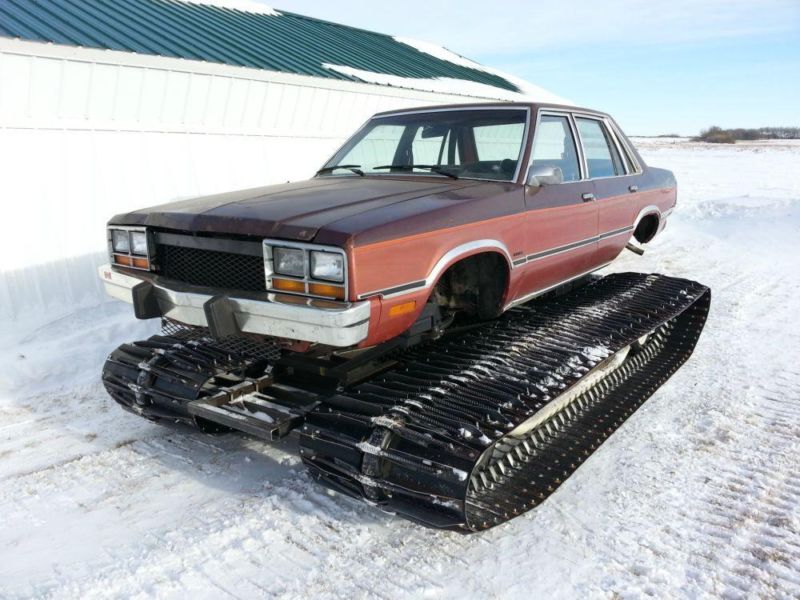 As you well know, the Ford Fairmont has become hot stuff for the small tire drag racing crowd to use as a platform to build race cars off of. The Fox body sedans are cheap, light, and no one really gives a crap about them so they have that perfect old, worthless, slow car formula that drag racers have used in every generation to choose what to tear into for their builds. From the days of the Willys on, the math has held up. All that being said, this tank tracked 1978 Ford Fairmont is 1000% cooler than any Fairmont drag car, LS swap, or turbo turd we have ever seen. If you don’t look at the pictures below and at least entertain the thought of owning this thing for 30-seconds or more, you are in jeopardy of losing your BangShift membership card.

While the ad does not give a lot of details, we’re guessing that this is a Fairmont body plopped atop a Sno Cat chassis and running gear. The extra wide tracks look exactly like what you’d find on a snow grooming machine or a transport style Cat that has a boxy seating area for several people to ride in. While there are no interior photos, we’d really go GAGA over this thing if there are a pair of control sticks like you’d find in an old tank coming up through the floor where the steering wheel would normally be. We pretty much love the whole thing.

The only real downside we can see to it is the fact that the Fairmont is located in what looks to be a pretty remote part of Saskatchewan, Canada and it would probably cost a mint to get it shipped home. Sure, you could go on a fun road trip to get it but can you imagine the thorough “inspection” that the vehicle would be given by the border patrol guys when you rolled up to the border? You’d probably be marooned there for days and questions like, “Sir, is another cavity search really necessary?” would be part of your program. No thanks.

The seller wants $15,000 which isn’t short money by any means but you’re never going to see another one, that is for sure. Here’s the full text of the ad and below that are all the photos we have of the machine. Thanks to Corey Stainbrook for the tip!

Classic family sedan, in nice shape, with some improvements, goes anywhere, loves the snow. The photos speak for themselves, extremely well built with no expenses spared, and a bullet proof drive train. Will sell, 15k, but prefer to trade, for “something” of equal value, looking for 567 chevy’s, late 60’s nova’s, dune buggies, other interesting vehicles, “no junk”. 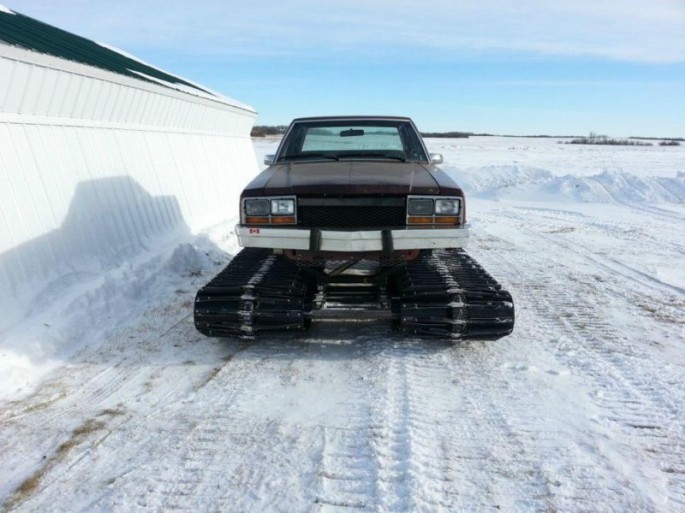 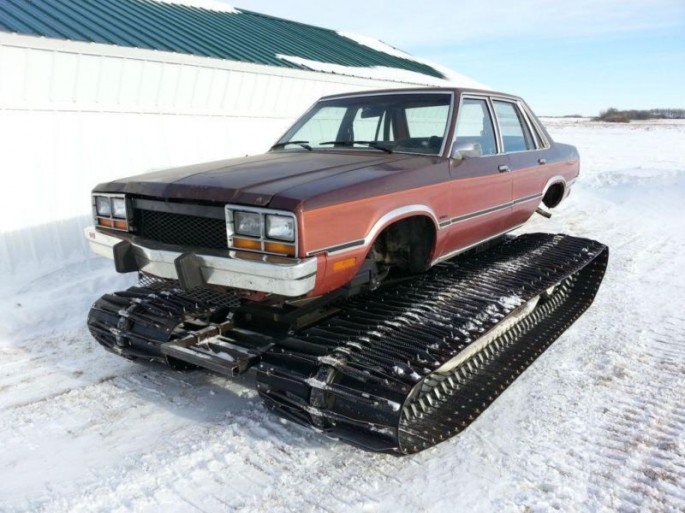 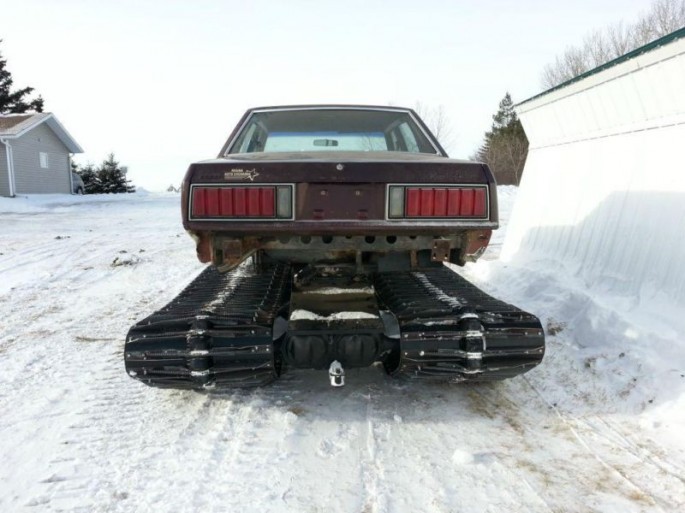