Pulling Coverage: The 4th Annual Mule City 300 Was Awesome – Photos From The Pits And The Course! 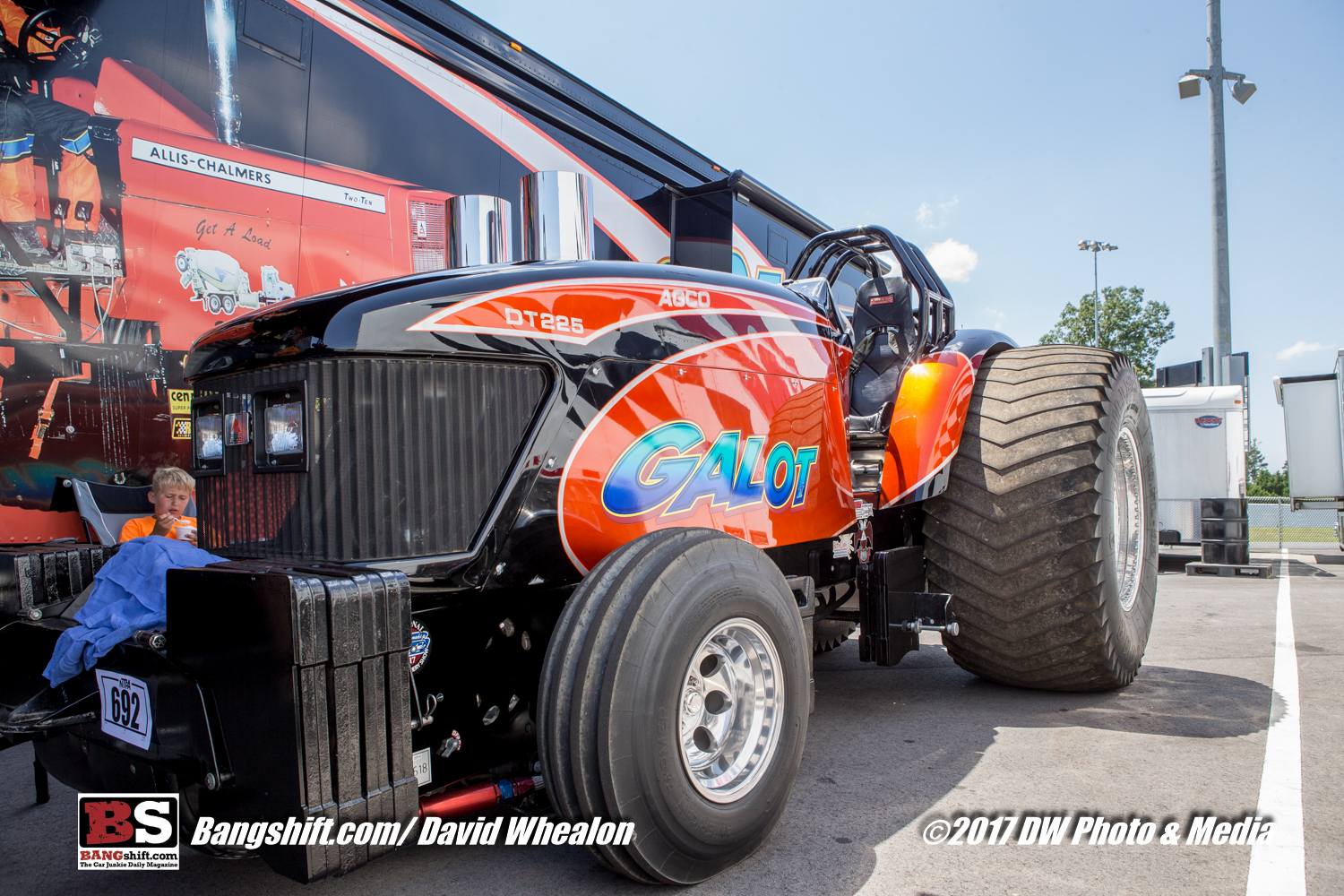 (Words and photos by David Whealon) – As if the drag racing isn’t badass enough at Galot Motorsports Park, the multi-use facility knocks it out of the park again with the running of the first NTPA Grand National event of the 2017 season and the 4th annual Mule City 300 truck and tractor pull. With the crops in the ground, throngs of Mid-Western pullers loaded up their play toys to take on the less traveled Southeastern and Northeastern pulling stars along with a couple of international pullers from  Canada and The Netherlands for a two night competition of extreme horsepower and torque superiority. With championship names synonymous to the pulling world such as Koester, Veney, Knapp, Petro, Berg and Blackbourn to name a few where on hand with hopes to record a win in search of yet another season crown.

Galot’s own 2016 NTPA Super Stock Open Champion John Strickland even decided to take the weekend off from the asphalt skipping the PDRA event at MIDR to hit the dirt and stay much closer to home to attempt another popular win at his home track. With two evening sessions on the card and eight classes of pulling beasts we witnessed 236 displays of hooking thrills throughout the weekend. The classes included where the multi Hemi engine Unlimited Modified, the multi turbo’d alcohol burning Super Stock Open and the glorious black cloud billowing diesel pumping Super Farm, Pro Stock and Super Stock Diesel tractors. Along with stock looking tractors were the awesome blown Pro Mod of pulling Two Wheel Drives and the ultra-light mighty Mini Modifieds as well as a multitude of Four Wheel Drive trucks.

The packed house of fans got treated to the best that the NTPA has to offer with non-stop action with only slight delays to pick up the parts and pieces left on the track from the stressed out power plants and chassis. With the new NTPA rule change in effect the full-pull distance was set to 330’ and the pull-offs came down for the win for only two classes on Friday night.  While a full pull is desired in all classes it sure doesn’t mean that the competition wasn’t heated. A win can be contested by just a matter of fractions of an inch. As well if you are the first to hook in your class on any given night and you have dragged that battleship anchor of a sled to the horizon for your personal best hook, you had better get out the ice packs and cooling fans on your engine pronto because odds are that the powers that be are going to add a few tons to the sled and you’re hooking again at the end of the class.

Here’s a list of winners from the most incredible show of durability on the planet.

CHECK OUT THE PHOTO GALLERY BELOW!

The LA Roadster Show Is The West's Largest, And A SoCal Legend, Our Photos Start Here. Watch This Huge-Wheel Equipped Monte Carlo Shear The Wheel Studs And Get Crazy!