American PowerTrain Starting Shift: Working A Detroit Diesel Up Through The Gears And Back Down Again On A Grade 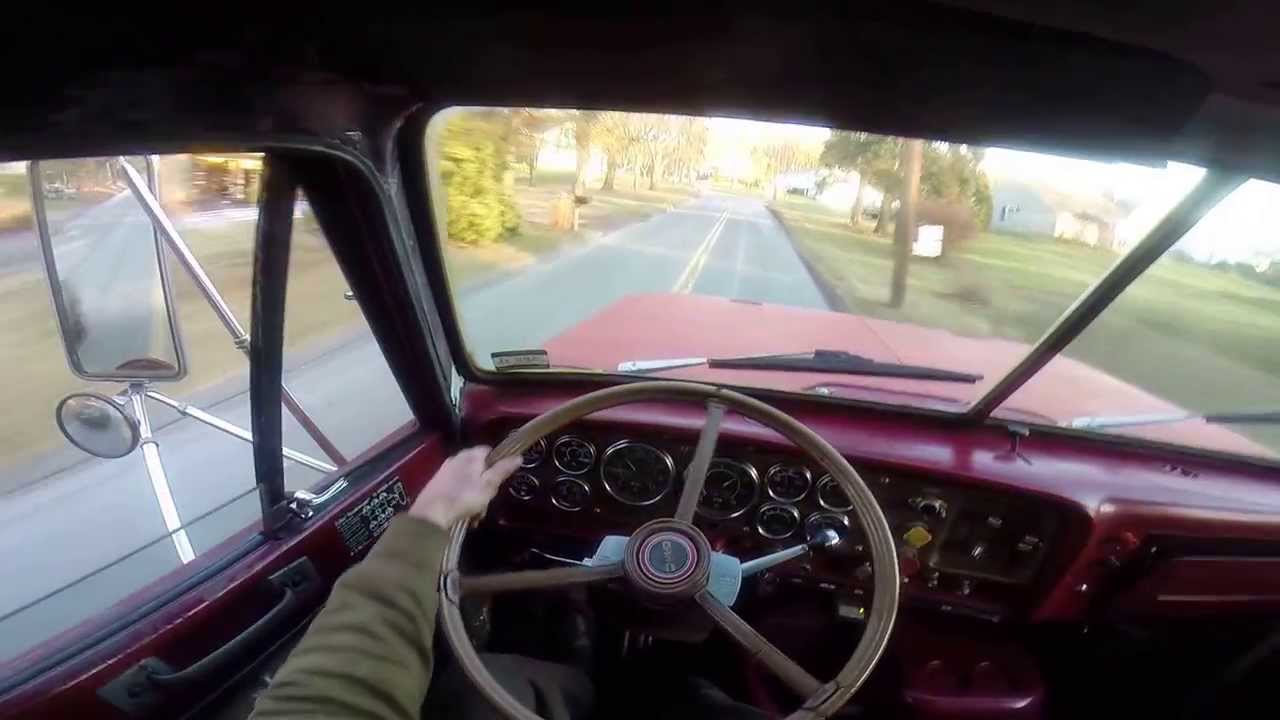 For this week we’re throwing down two stroke style for our American Powertrain Starting Shift. We get to sit (literally) in the driver’s seat of a 1980 GMC Brigadier dump truck as it hauls a big Vermeer log chipper up a steep grade somewhere in Connecticut. The truck looks to be pretty much immaculate. The interior is mint, at least as far as we can see. The engine in the truck is a 6V92 Detroit Diesel two stroke and it sounds mighty fine when the driver is putting it to work climbing up a pretty long and sustained grade.

The transmission in the truck is a 10-speed Road Ranger and while the guy isn’t necessarily performing any tricks with the thing or beating on it, the trans seems to shift nice and smooth and give no complaints. The pull starts off on level ground and the the grade picks up and seemingly continues to get steeper as the truck gets to the top. As he briskly walked through the gears at the base of the hill he has to drop a couple of gears by the time he gets to the top to keep the forward momentum going. The truck is pulling a Vermeer log chipper with a log loader on it. That’s the swivel seat that is on top with an arm that the operator can use to pickup and load material into the chipper. It weighs 15,000lbs when equipped with the loader so that thing is no spring chicken for sure.

Note what looks to be the tach bouncing all over the place in the dash! We really wish we could see the rest of the truck because the Brigadier was a pretty handsome model of rig and as we said earlier, all indications are that this thing is a showpiece. The 6V92 in this truck would have carried a rating of around 325hp. The Brigadier was made until 1988 when it was replaced by the Topkick model.

Mickey Thompson: Fastest Man On Wheels Is A Goodyear Promotional Gem From 1960 That Shows Thompson's Triumph At Bonneville Watching This Lego Technic Logging Truck Assemble Itself In Stop Motion Is Oddly Satisfying

One thought on “American PowerTrain Starting Shift: Working A Detroit Diesel Up Through The Gears And Back Down Again On A Grade”