The End of Big Muskie: Watch The Largest Piece Of Earth Moving Equipment Ever Get Blown Apart 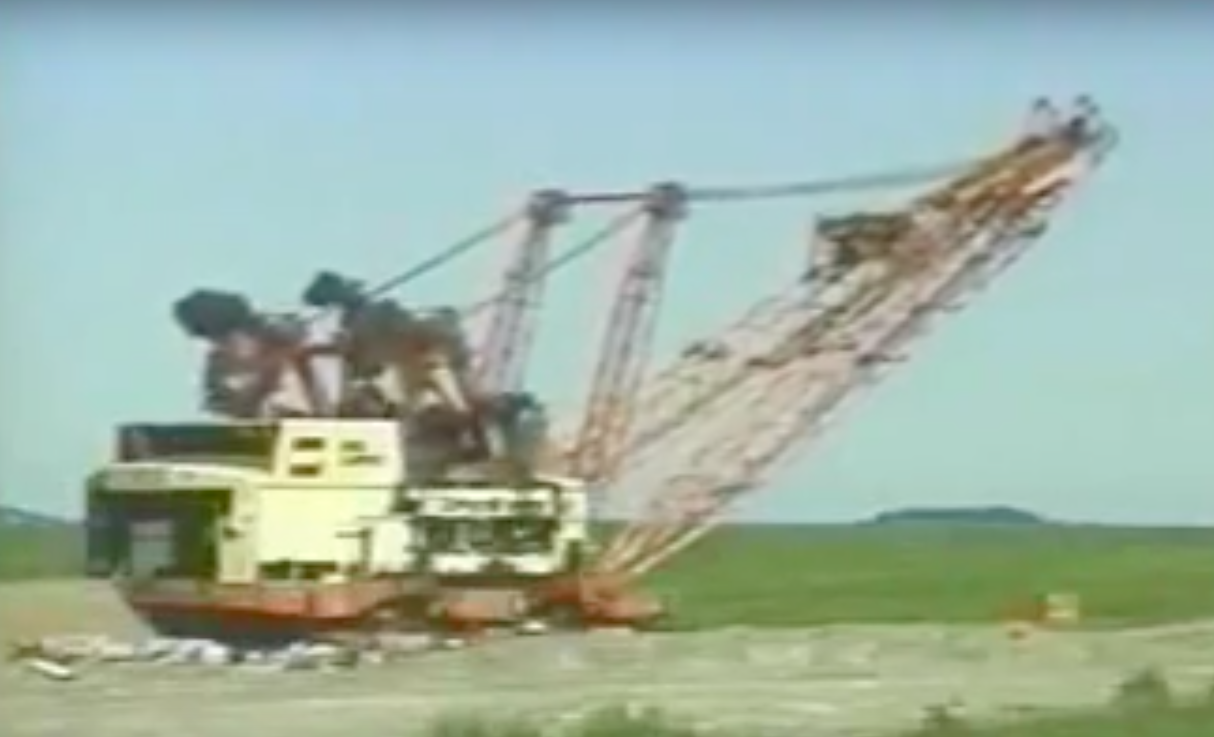 53,000hp, a bucket that could move 220 cubic yards of material at a time, and a career that saw a singular machine move more Earth than was moved during the entire construction of the Panama Canal. Those are just a few of the incredible things that can be associated with Big Muskie a walking dragline that represented both the pinnacle of man’s ability to construct tools for a job and also his same ability to create singular machines with a limited lifespan. Introduced in the late 1960s, Big Muskie performed its duty in a near continuous fashion for more than two decades before the Clean Air Act cuts is massive legs out from under it. See, the dragline was best at clearing the dirt off of high sulfur coal and that coal was all but banned under the Clean Air Act, rendering its career over.

After sitting dormant for several years, owners recognized that the 15,000 tons of scrap could have some value on the market so demolition teams were hired to be brought in to take Big Muskie apart. One of the methods used? Dynamite! Seriously. This video documents the dropping of the massive boom and gantry assembly that was on the top of the rig. You will see the most brave steel guys in the country up on Muskie with torches apparently preparing the boom and the gantry for its last ride. After cutting the supports they planted the charges and ran for cover.

It is sad to see this thing get taken apart but it is also kind of poetic. This thing was literally unmatched in its ability to move material and get to the coal. When its purpose was fulfilled it wasn’t left to linger, it was dismantled and sent to the scrappers. There was no purgatory time for the thing to be some sort of a decaying attraction. It went to the big scrap heap in the sky with some dignity…and dynamite.

One thought on “The End of Big Muskie: Watch The Largest Piece Of Earth Moving Equipment Ever Get Blown Apart”