Video: Fred Williams Is A Lunatic And Is Building A Go-Kart From A Motorhome Chassis – DO WANT 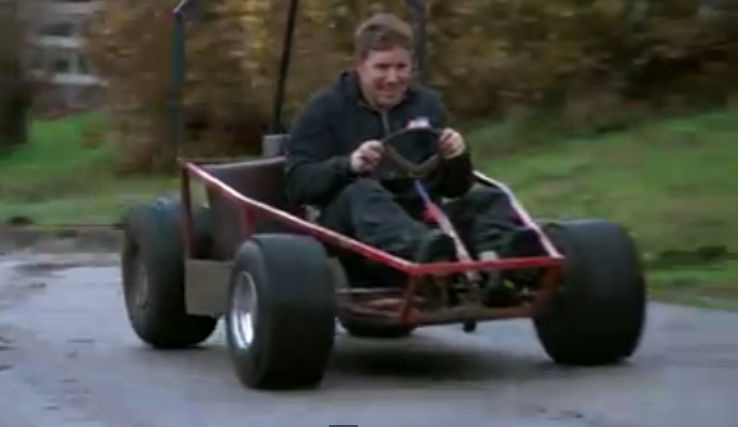 Fred Williams of Peterson’s 4-Wheel and Off Road is a certified nut and he’s a pal of Chad and I. The guy is a heck of a fabricator and someone who truly loves trucks, off roading, and coming up with lunatic schemes. The best part of Fred is that he pulls off said lunatic schemes. From buying dead Jeeps and limping them across the country to taking an old Army truck, stabbing an LS9 into it and wheeling the truck like he hates it, this guy is entertainment central. His show on the MotorTrend YouTube channel is really good. Called, Dirt Every Day it centers around wacky Fred and his various adventures. This one is the most BangShift approved adventure yet.

The premise is simple. Fred is starting with a huge old motorhome and converting it into the world’s biggest go-kart. We’re not kidding and if history is a guide, the dude will pull it off and then beat the sweet living daylights out of it. In this video we see the victim procured and the “disassembly” (using that term loosely) of the poor old bastard of a truck. Fred enlists the help of a local four wheel drive club to aid in the destruction and the whole thing seems like wayyyy too much fun. The end result of this thing is potentially all time.

One thing that we were thinking of is that the MotorTrend channel is single handedly removing old motorhomes at an alarming clip between Roadkill and now this adventure on Dirt Every Day. Good times….good times indeed!

PRESS PLAY BELOW TO SEE THE BEGINNINGS OF THE WORLD’S BIGGEST GO KART…V8 POWER AND ALL!

2 thoughts on “Video: Fred Williams Is A Lunatic And Is Building A Go-Kart From A Motorhome Chassis – DO WANT”