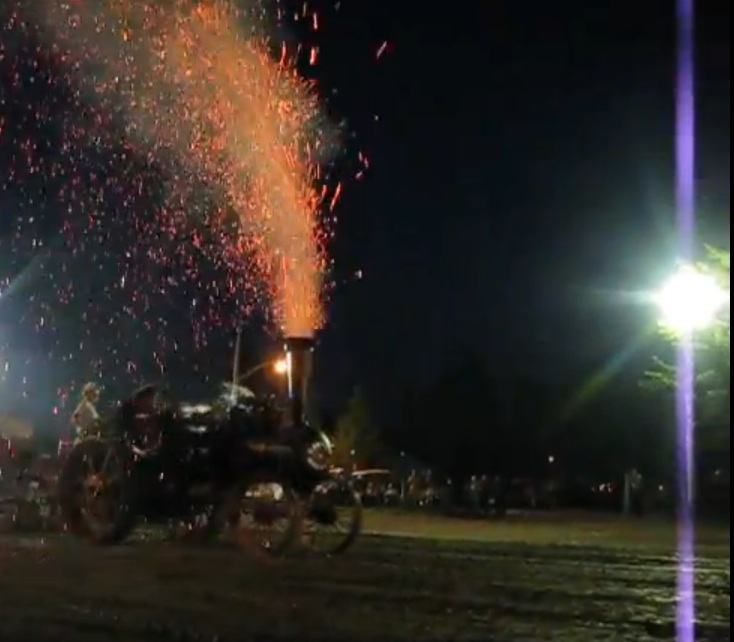 It sounds weird to mention the words steam tractor and showing off in the same sentence but i just did it. These heavy and chuffing machines tend to mostly be seen creeping around fairgrounds, antique steam shows, or hanging out in collections in farming country. That’s not the case in this video, though and the results are spectacular. The tractor in question is an old (probably dating from around 1910) Sawyer-Massey, which was a Canadian built brand that was competing for market share with all of the other big guns in the industry at the same time. They rated their steam tractors up to 20hp and we believe that this is one of those tractors. An interesting fact to show how marketing, even 100 years ago meant everything is that Sawyer Massery became the first Canadian tractor company to rate their tractors on brake horsepower rather than previous methods, following the lead set by Case tractors. The result is that their 20hp tractor was now rated at 60hp and sounded a heck of a lot more impressive! The Sawyer Massey company was around until just past WWII and by that time they had gone from making tractors, to construction equipment, to truck bodies, and other stuff. The business finally petered out and the doors were closed.

What makes this video totally awesome is a singular thing, or the lack of a singular thing. This tractor does not have a spark arrestor in the smokestack and that means that it showers burning hot embers out of the stack rather than the normal smoke that we are used to seeing. At night this makes for a pretty beautiful effect, that’s for sure. Spark arrestors were developed in several forms. Some of them look like a header baffle insert, some of them were almost like a muffler looking deal, and all of them were designed to keep a farmer from torching himself or a field of whatever he was driving through or working on. This exhibition run was filmed about five years ago at an even in Canada and we think it is a very neat scene.

Steam and all of its mechanical goodness pretty much rules. Add a shower of fire and you have something truly special!

Street Machine's $2000 Challenge Is A Go! Which Car Works Better For The Broke, A Falcon Or A Holden? Trying To Figure Out A Fuel System? The Aeromotive Power Planner Removes The Mystery!