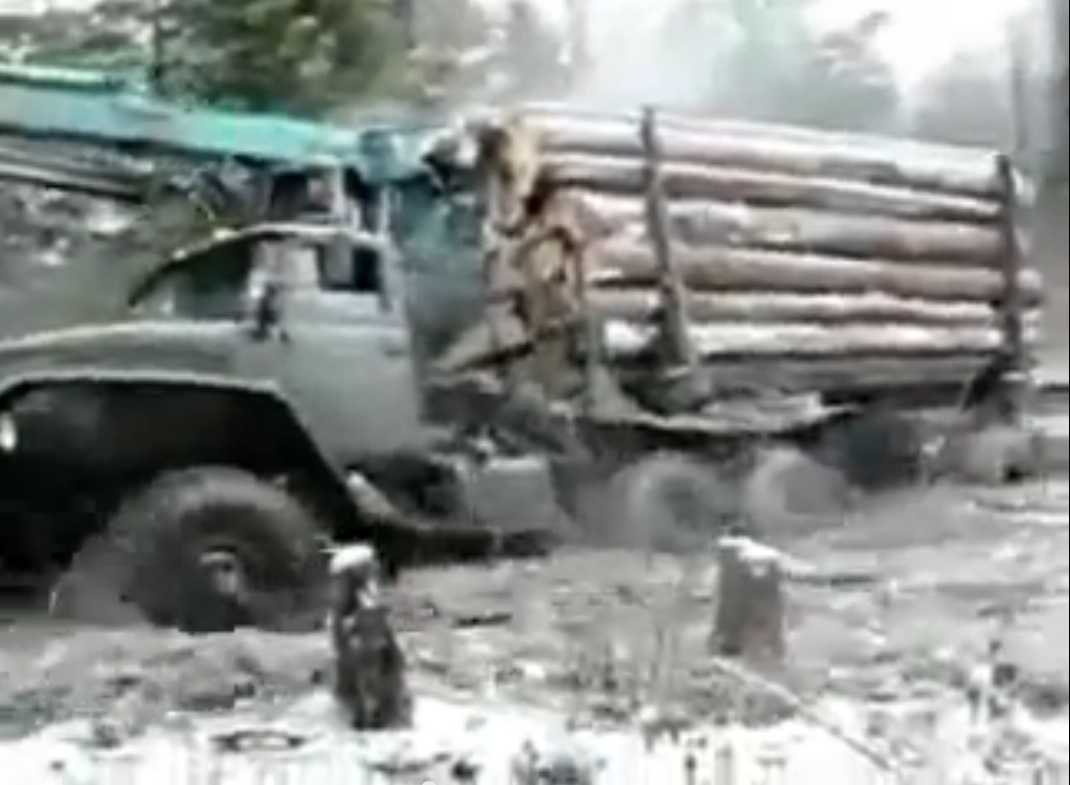 This is one of those rare occasions that we run video from Russia that does not include a beating, a car accident, or some other incredible form of automotive failure. In this video we get a look at a huge Russian truck (which I believe is a ZiL) slogging through the woods with a large trailer of logs strapped to its back. On first blush it looks like this guy is in some serious trouble because the mud is like feet deep and with all that dead weight on the trailer to drag, the situation looks pretty grim.  Well, it would look pretty grim if the driver wasn’t in charge of six huge tires that were made to claw, grip, slog, and fight their way through anything and they do.

The driver of the truck keeps it jammed down in a pretty low gear, barely varies throttle position, and just lets the thing do what its bulldozer spirit wants to do, which is to eat p the ground. Other than a big 6×6 Army truck, I am not sure what we have in our trucking arsenal to battle with this thing. One of the arguments is that we use machines like log skidders and others to bring the felled trees to a central area for loading and transport. These guys could be so far into the woods that they have no other options but to load the wagons and send them on down the road.

There’s not much that we want from Russia but one of the trucks shown below would be cooler than cool.