Why Has No One Told Us About A Dodge Power Wagon School Bus?! Short Bus Is Awesome! 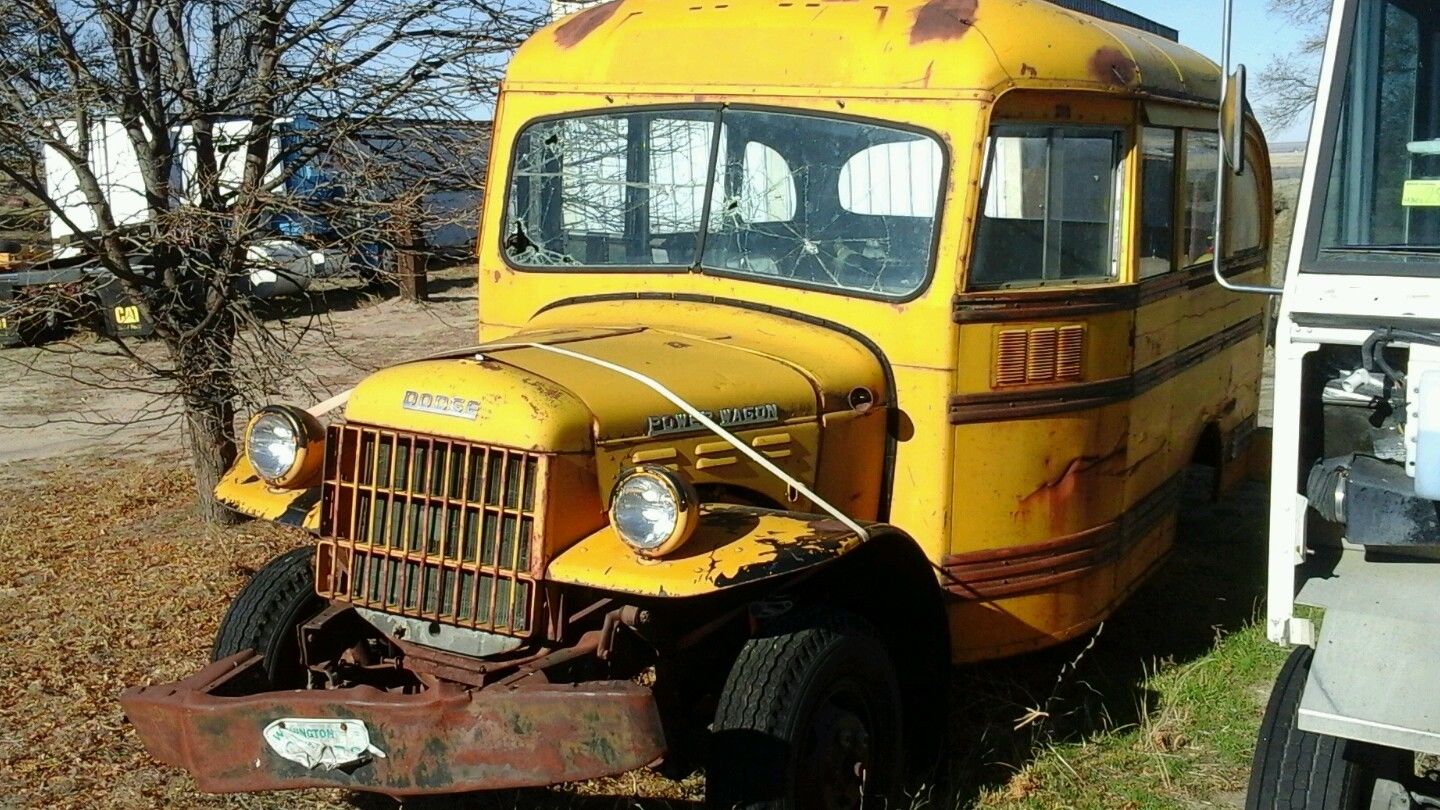 I have lived nearly 36 years on this planet and not once, not one single time has anyone ever mentioned to me the existence of a Dodge Power Wagon school bus. I find this to be a tragedy and I am blaming all of you. That being said, let’s move forward from this travesty of automotive justice and check out the insanely awesome nature of this 1955 Dodge Power Wagon school bus built by Novelty Coachworks in Washington State.

Information on Novelty Coachworks is very scarce although we did find some other buses that the built on different chassis and as you wold imagine the bodies all had the same general shape. This thing is so neat looking with the rustic snout of the Power Wagon giving way to the very rounded forms of the roof and sides of the bus. The significant width difference between the nose and the rest of the body is pretty cool as well. If we had to guess the body was likely made for aluminum and unfortunately we have no idea how many Dodge Power Wagon school bus examples were produced. Again, complete guesswork but we bet theses were used to shuttle kids in and out of the more remote areas where logging and other industries had people living in the hinterlands. One thing we do know is that they certainly didn’t get to school in a hurry. Why? This thing had to have been an absolute sled. An unstoppable one but still a sled.

The bus is being sold in the Loveland, Colorado area and it was built in Spokane, Washington. There’s a distance of more than 1,000 miles between those two places. 100hp and a best possible rear axle ratio of 4.89 means that it was a LONG ride to get anywhere, let alone 1,000 miles away. Dodge’s tried and true 230ci L-head engine would have been the mill of choice in this truck if it is a 1955 model. A dogged, low compression, hunk of iron we wouldn’t be surprised if this creeping death box of an engine actually still turned over. They were harder to kill than a headless zombie.

There’s lots of work needed to get this baby back into shape but the bus looks largely intact. The body is in killer shape. Yes, you’ll need to figure out a couple of windows and some seats but bolting in some take out from a modern bus would be fine. The mechanicals of these trucks are stupid simple and there’s a big aftermarket for parts. It could be done…it should be done. Someone save the Dodge Power Wagon school bus! 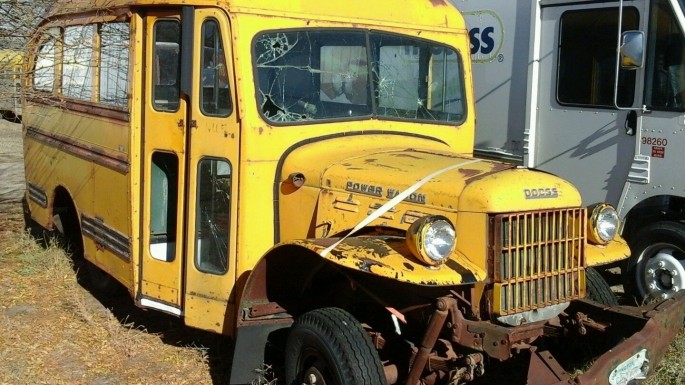 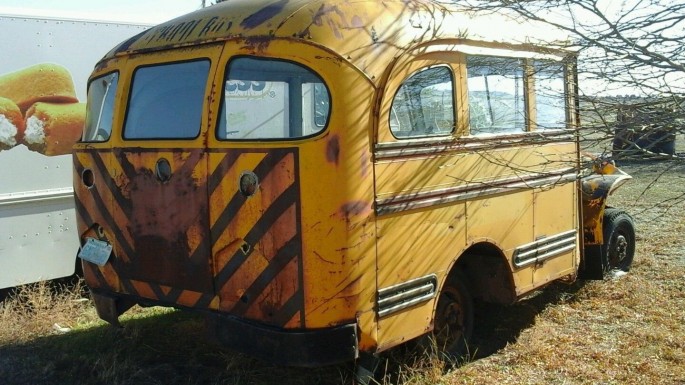 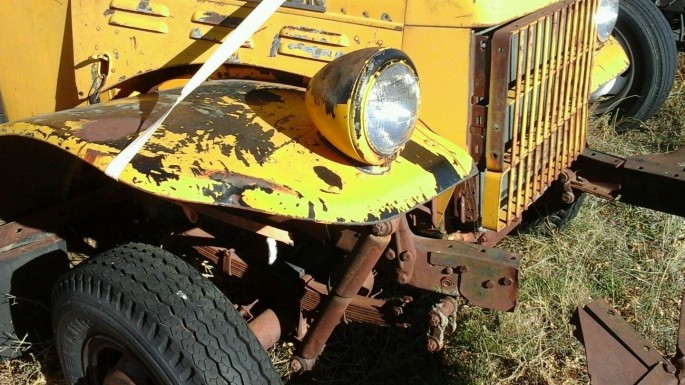 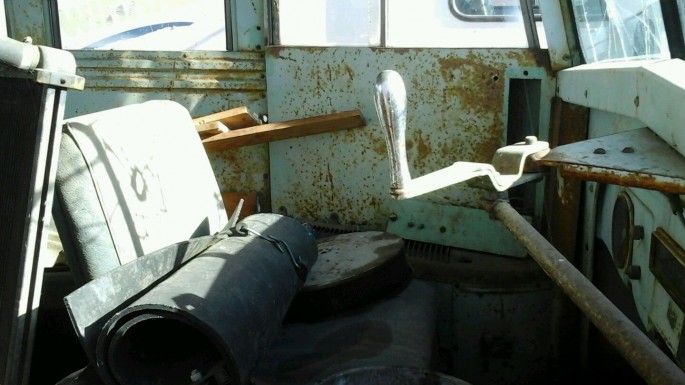 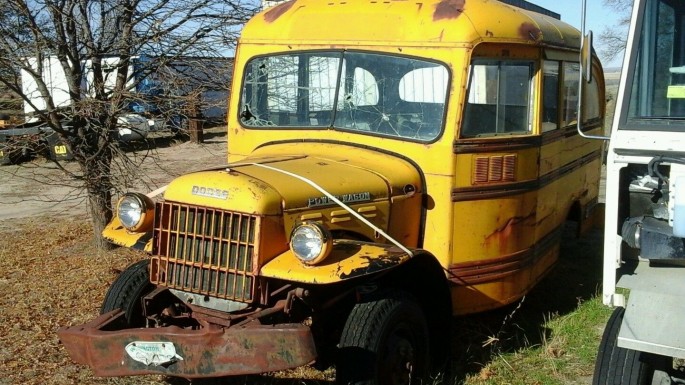 8 thoughts on “Why Has No One Told Us About A Dodge Power Wagon School Bus?! Short Bus Is Awesome!”