2015 Dodge Challenger images were released yesterday and they revealed a massaged exterior, revamped interior, more horsepower, and the same tonnage and largess that we have come to know and love from the third runner in the pony car sales ranks. On the outside of the car a dual inlet hood that harks back to a ’71 Challenger and functional shaker are now part of the program if you choose to opt them. New taillights and a more stylized grill that also harks back to the early 1970s round out the exterior changes.

Inside, there is a new interior that looks pretty good in the photos below but it is a Chrysler parts bin job. The shifter, HVAC controls, and upper portion of the dash with the screen and main air vents are identical to those that we experienced inside the pair of Jeeps we have driven in recent months. That’s not to say that they are bad but it is an indication that Chrysler was looking to spend a little as possible to spruce up the Challenger for the first time since its 2007 debut. We’d argue that it is still the neatest looking and most eye-catching of the Mustang, Camaro, and Challenger triumvirate. That may be due in part to the fact that it sells at a third of the volume of the other two models but we do like the way they look going down the road.

Under the hood, things are more exciting as well. The base engine is a 305hp V6 that should scoot the car down the road nicely and make decent mileage for the secretaries and economy conscious buyers looking for an “image” car like the Challenger. The R/T models will get a 375 HP/410 lb-ft making 5.7L Hemi and the big motor is a 6.4L Hemi rated at a blistering 470hp and 470 lb/ft of torque in the 6.4L Scat Pack. The 392 Hemi Scat Pack Shaker model gets kicked up to 485hp and 470 lb/ft. It will be interesting to see where that puts the car in terms of performance up against the Ford and the Chevrolet.

While we may be poking a little good natured fun at the Challenger, we’re glad that it got refreshed and will continue to be sold. The more V8 pony cars the better and we certainly wouldn’t turn one down if Chrysler threw us the keys for a week to shut us up. What do you think? Did Chrysler do just enough? Not enough? 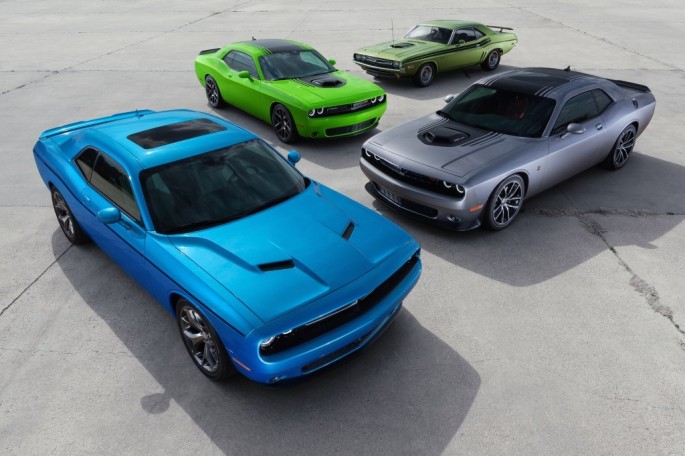 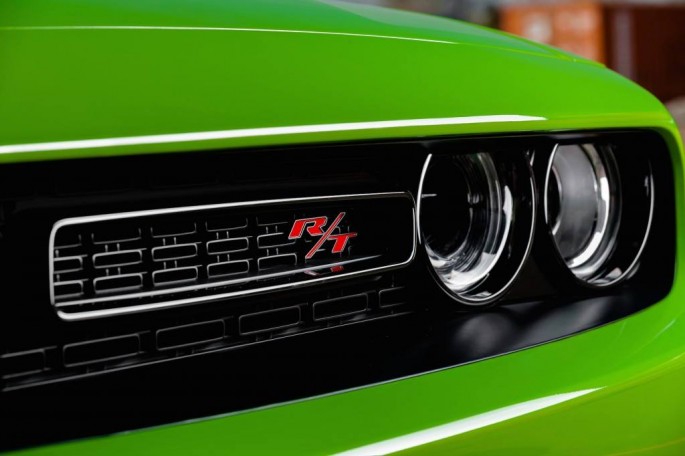