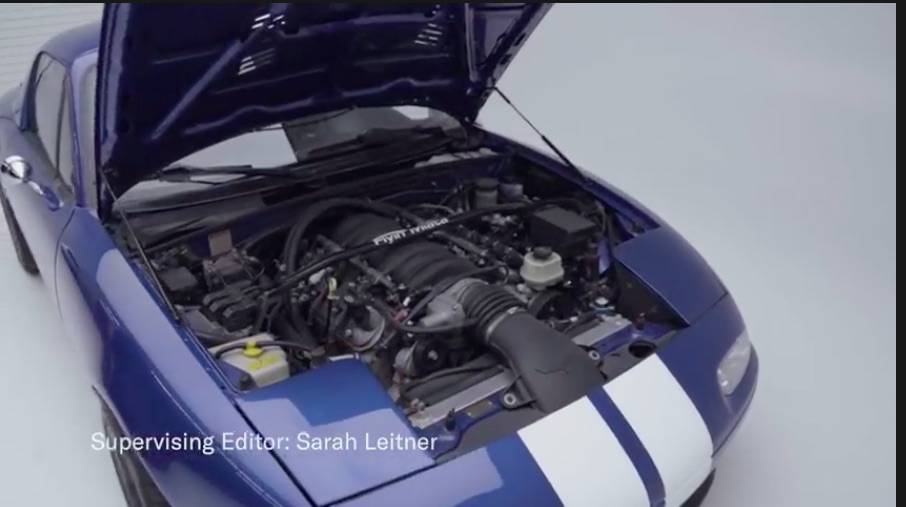 In so many ways, California is the place that birthed hot rodding, right? In so many ways, California seems to be on the bleeding edge of places trying to choke it out, right? Yeah we feel the same way. But the good news is that despite the regulations, rules, red tape, and other badness, hot rodding still prevails when the going gets tough. This video is proof of that and it uses two very different cars to tell this story.

You are going to watch an episode of Hagerty Modified with Matt Farah which profiles a BMW and a Miata. Hang with us for a second. The BMW carries an S54 swap that adds 100hp over the stock engine and the Miata has a GM Connect and Cruise LS3 under the hood. Both of the cars have not only been swapped, but given the state stamp of approval for legality in terms of emissions equipment and all the necessary gear that needs to be hooked to the engine in order to meet the state’s strict (ungh) policies.

Not only are these two great cars, the way they were swapped is awesome and it shows that even though there is very little wiggle room and seemingly an environment that would do anything it could to discourage this type of stuff, it not only goes on, it thrives.