BangShift Question Of The Day: What Is The Most Iconic Fin Car Of The 1950s?

May 29, 2020Bryan McTaggartBangShift Question Of The Day??13 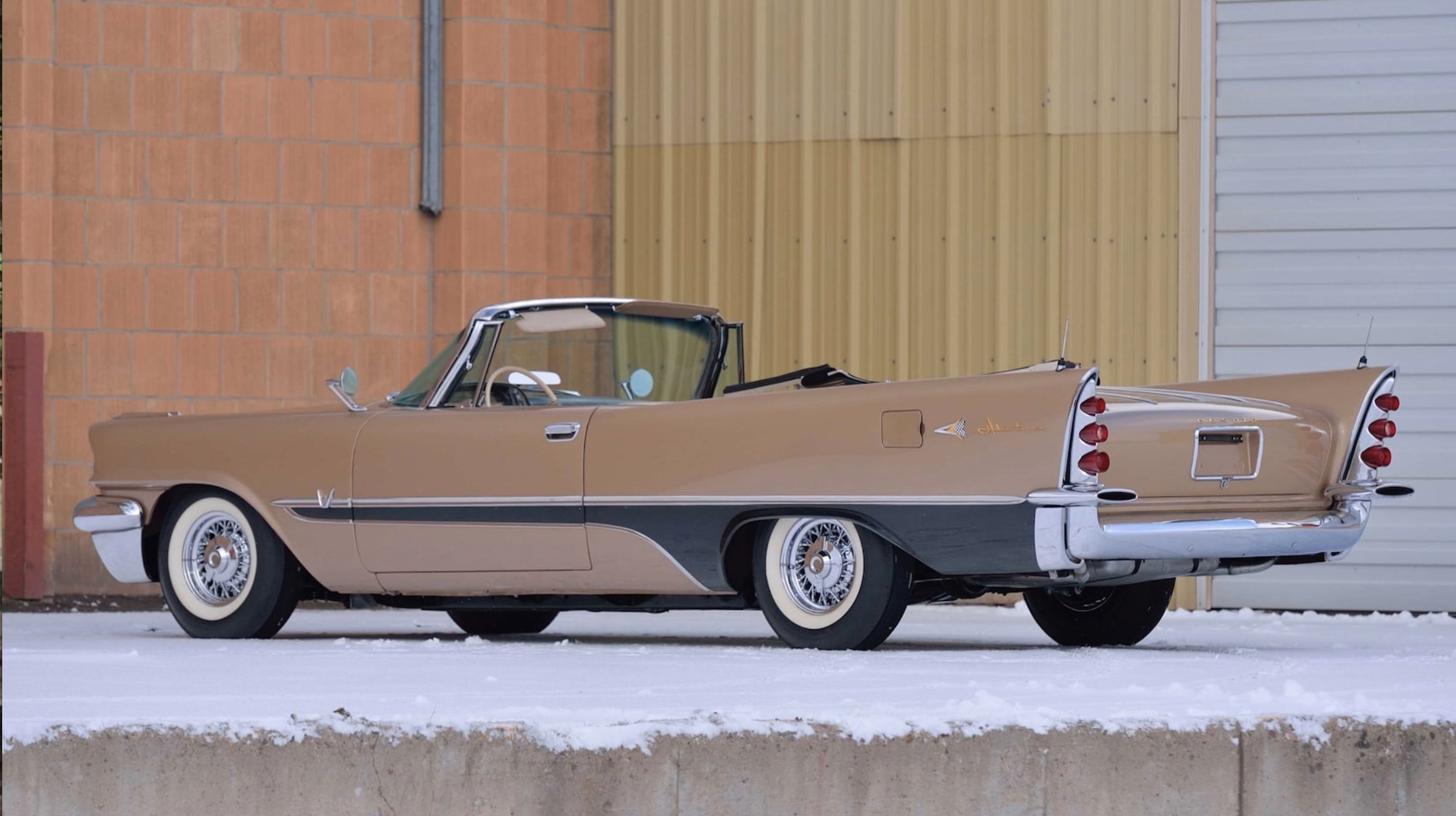 Be honest: how many of you read the title, said, “1957 Chevy”, and were ready to move on? The period of style that gave us what we dub “fin cars”, the cars of the mid-1950s to just barely into the 1960s, is easily the most radical period of the automobile. Nothing seemed off-limits…all that mattered was that the cars looked ready to go into space at a moment’s notice and that chrome was applied in vast quantities. With engines that roared and lines that not only bordered on the obscene but had elements that were based on the sexually attractive parts of the female form, the fin cars were outrageous in all of the right ways for the moment. They were futuristic, extravagant and in some cases, elegant.

But which one is the most iconic? What really brings the spirit of the late 1950s, the Rocket Age, and all of that into focus best? The Ford Thunderbird? The early two-seater Birds are cool, but the T-bird has always been more of a cruiser, a pretty Ford, a looker…at least, before it found the dessert bar and sprouted two more seats. A 1957 Chevrolet? Okay, for many, this is the “it” car, no doubt. In fact, the tri-five Chevrolets (1955-57) all could have a place here. But while they were competent cars, stout performers, and lookers, they seem a bit conservative. Ramblers were smaller and meant to be the anti-normal at the time, and they did that well, but they tend to lack the drama, the over-the-top mentality. That just wasn’t AMC’s way. 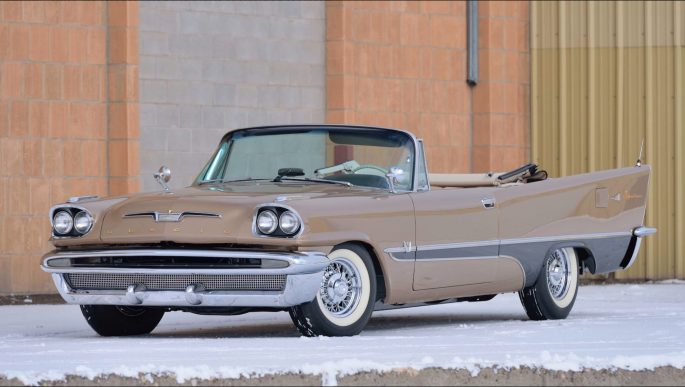 So, I look to Chrysler. And specifically, I look to the long-gone DeSoto brand and their top-of-the-line Adventurer. No murderess Plymouth or basic Dodge can top the elegance that DeSoto brought to the table…they even managed to out-class Chrysler here, and while that may be an opinion, it’s difficult to argue here. The front end is surprisingly simple, just the faddish dual headlights in buckets and a low, wide grille in a hoop bumper, something Chrysler would revisit just a decade later in their muscle cars. The two-tone design is pretty trick, using a low sweep that starts behind the front wheel and encompasses the rear wheelwell and quarter. The interior has little ornate touches like the fabric for the seats but it’s straightforward, clear without being over-ornamented. Out back, the triple-stack taillights became iconic in their own right as DeSotos went from being must-owns to rusted hulks over the years. Those extravagant taillights, those sharp, simple fins and those bumper exhaust tips were both classy and over-the-top. And that’s before we touch on the FireFlite Hemi sitting under the hood. Just look at it…classy enough for the country club, stout enough to be cruised under the neon at night.

Chevy has the success, Ford had their moments, but for me, the Adventurer wins the honor. What about you? 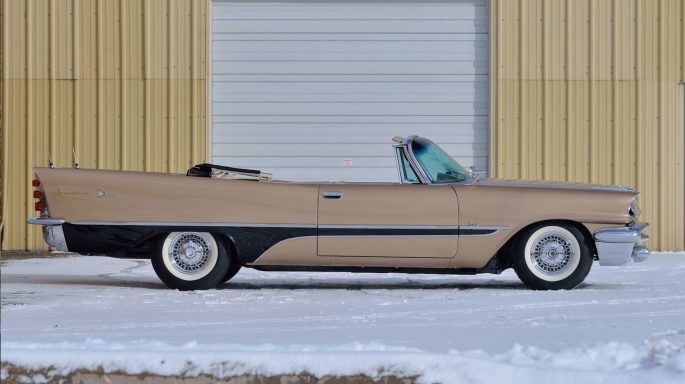 632ci Of Anger: This Big Block Chevy Engine Is Destined For An Airboat, A Very Fast Airboat The Sweet Sound Of Success: Listen To This Tweaked, Titanium Exhaust Equipped Porsche 997 GT3 Make 420+ Horsepower At 8,100 RPM

13 thoughts on “BangShift Question Of The Day: What Is The Most Iconic Fin Car Of The 1950s?”