632ci Of Anger: This Big Block Chevy Engine Is Destined For An Airboat, A Very Fast Airboat 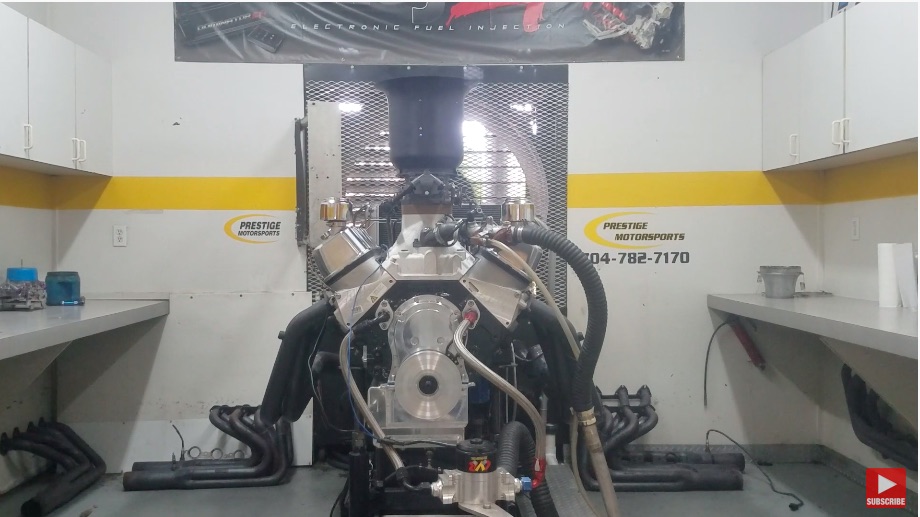 Before my show “Put Up or Shut Up” was, ummm, put on ice we were working on planning an episode where we were going to drag race an airboat against a swamp buggy. It was going to be awesome. Unfortunately, the show didn’t get renewed for another season so I am yet to see what that oddball race would look like. I still have it written down on paper so hopefully in some fun twist of fate we get to see the results of that contest down the road. It would seem like an impossible task for the boat, right? The swamp buggy would have traction and just roar away. No so fast.

Hot rodded air boats are insane. They are light and they have engines like this one in them that make ’em launch like rockets and skitter across the top of the water like freshly winged stone! The engine we’re watching on the dyno is a 632ci big block Chevrolet and it makes 784hp at 5,000 RPM and 811 lb-ft of torque at 4,400. Those are nice workable numbers and they’re also an indication that the Holley on top of this beast will be moving some seriously fuel when this boat is out there ripping along at god knows what speed.

Unlike a drag race 632 that will be spending its time at full bore for a few seconds a pass, this airboat engine has to be built differently because it will be seeing some pretty heavy workload for much longer periods of time and it will be doing lots of sustained work to fight against the resistance of the water.

Drag racers may see this and think, “wow they are leaving power on the table”. There’s one huge difference. When you break your drag race engine you can walk back to the pits. If you build a china vase of a 632 for a boat, the people on it cannot walk back and every place we have ever seen airboats we’ve also seen gators.

This thing is strong!

Press play below to see this 632ci big block Chevy on the dyno – Airboat engine!

Unveiled: Nissan's Upcoming Product Line, Including The Next-Generation Z BangShift Question Of The Day: What Is The Most Iconic Fin Car Of The 1950s?

3 thoughts on “632ci Of Anger: This Big Block Chevy Engine Is Destined For An Airboat, A Very Fast Airboat”