BangShift Question Of The Day: What Would It Take For You To Turn Traitor?

Dodge has a promotion where they will take $10 off of MSRP for every horsepower you acquire at the moment. That’s nice. Chevrolet has a promotion, too: $2,500 cash allowance for the owners of Ford Mustangs who buy a Chevrolet Camaro…and that’s any Camaro, from the base model LS to the balls-to-the-wall ZL1. Ford, meanwhile, is offering up their normal incentives, including lease offers, military offers, college student/graduate offers and first responder offers. Ford is playing it safe, FCA is playing it wild, and Chevrolet is playing catch-up from a year of lackluster sales. Which leads us to a question: most folk who like these cars tend to have an allegiance that’s pretty strong, so what would it take for you to turn traitor? 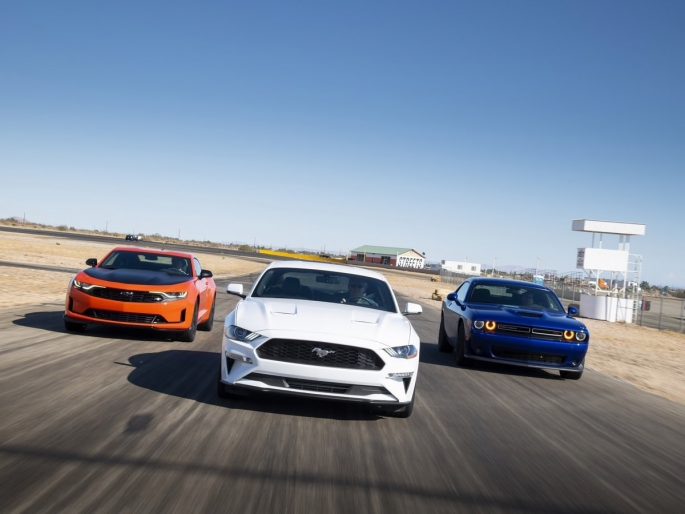 From someone who has driven all three cars in recent guise, here’s where I would stand: I would personally go with FCA products not because “ooh, Mopar” but because of interior room, the vehicle options (Charger and Challenger) and engine options. I like the Mustang but not enough to override the choice of the Challenger or Charger, and there isn’t enough money on the Camaro’s hood to get me past the cramped interior. Now, if we’re looking to the past, we have to go on a year-by-year comparison, but for recent times I’d stick with the Fox body for the 1980s and the fourth-gen Camaro for the 1990s. While I owned a 2005 Mustang GT, I’d give the nod to the reborn Pontiac GTO for the 2000s timeframe. And you can go as far back and against different market sections against one another all day long…argue about trucks, vans, sedans, ad nauseum.  You can truly be an “anything goes” kind of person, but for those who swear allegiance, we want to know what it takes for you to move to the darkside.

This Guy Scratch Built A Miniature Ford 300ci Inline Six - It Is Amazing And It Sounds Fantastic Running! (Great Video) Double-Dog Dare You: Who Will Put This 1968 Chevelle Stocker Onto The Streets?

26 thoughts on “BangShift Question Of The Day: What Would It Take For You To Turn Traitor?”