This Guy Scratch Built A Miniature Ford 300ci Inline Six – It Is Amazing And It Sounds Fantastic Running! (Great Video) 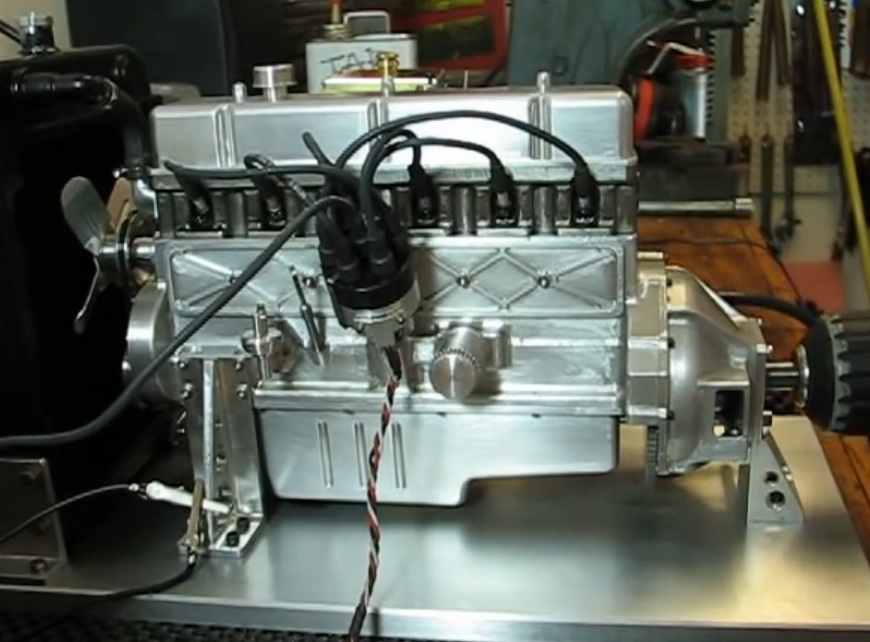 So we can all agree that miniature engines are awesome. Lots of times guys built tiny steam engines, tiny V8s, tiny exotic V12s, and all that kind of stuff but not the guy in this video. This dude decided to build himself a tiny version of the legendarily tough Ford 300ci inline six. This is the engine that powered tens of thousands of UPS trucks, millions of pickups, and all other types of stuff for decades. There was a time in my life when I did not appreciate the tough as nails inline six engine families of the world like I should have. Now that I am older and know better, these engines are some of my favorites and we’re glad that this Wilfred Brimley sounding guy decided that he needed one with a bore and stroke of .75 x . 875. The engine is all hand made (as most of these things are) and has a complete cooling system, splash oiling system, homemade spark plugs, runs on 86 octane gas, and is tuned up with 22-degrees of timing.

You will see the little engine in detail and then you’ll hear it barking through its tiny single exhaust once the builder gets it fired up. The home precision machining and fabrication are probably the most fascinating parts of these engines to me. Obviously not all of the pieces are perfectly machined on the first shot so who knows how long it took to make stuff like the cam, who knows what was involved with trying to get the pistons and rods somewhat in balance, machining the water passages in the heads, water jackets in the block, etc. Your head will start to hurt when you think about what it must have been like to whittle away for hours and hours on end making these parts. Also, the vast majority of the machining on these things is manual, not some fancy pants CNC operation. Just awesome.

Classic YouTube: Tyler Casebier's 2007 Blast Up Pikes Peak BangShift Question Of The Day: What Would It Take For You To Turn Traitor?

4 thoughts on “This Guy Scratch Built A Miniature Ford 300ci Inline Six – It Is Amazing And It Sounds Fantastic Running! (Great Video)”