BangShift’s Question Of The Day: Which Of These Two Cars Represents The 1970s More? 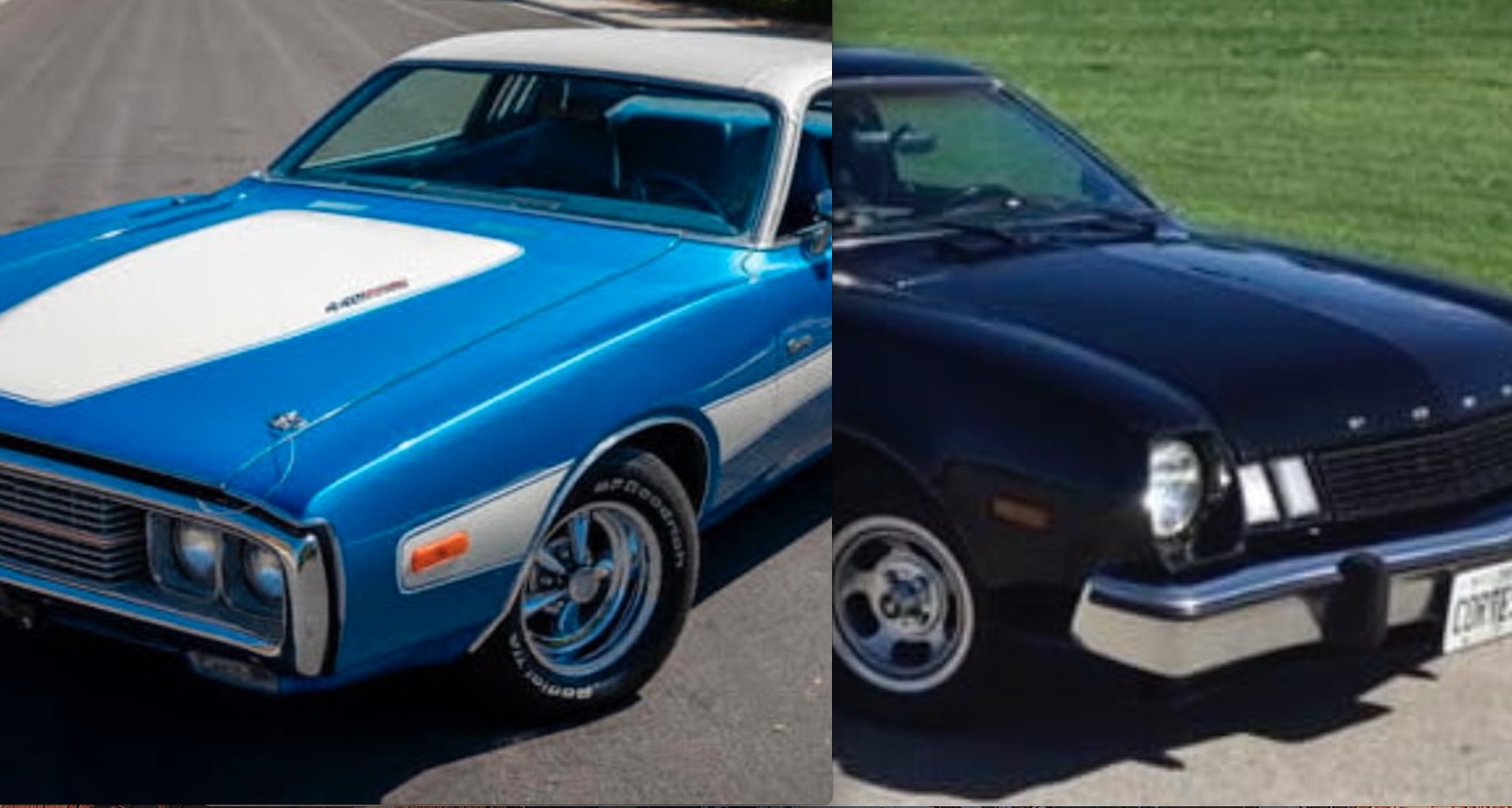 We’ve played the “car from the year you were born” game here. 1983 was a crap year for cars, unless you wanted a Jeep Scrambler or have a pang in your chest for a four-eye Fox-body Mustang. Power was still down, decal performance was still a thing, and with downsizing hitting the manufacturers, you couldn’t even quite look at luxo-boats the same. Think about it…the 1970s had a bizarre mix of leftover muscle, the height of the Brougham Epoch, van culture, small-car demands, and manufacturers that I’m not completely convinced weren’t phoning it in after the successes of the 1960s, all with the catalyst of government involvement increasing.

I like cars from the 1970s because they were what I grew up surrounded by. 1973 Chrysler Newport, 1975 Chevrolet Camaro, 1977 Ford Mustang II Mach 1, 1975 Oldsmobile Omega, 1978 Ford LTD II Sport…the list goes on and on, because most of those cars were in my life when I was five. Cars from the decade of disco is what I know best…the feel, the themes, the build quality, all of it. But I can say, easily, that I wasn’t there. Unlike cars of the 1990s, where I was paying attention as they came out, I simply can’t grasp the feel for what the cars were when they were new. So, for today’s Question of the Day, I want you to help me out. I picked two cars that couldn’t be more different out of an upcoming Mecum auction that I think represent the 1970s well. Which car better reflected the days? 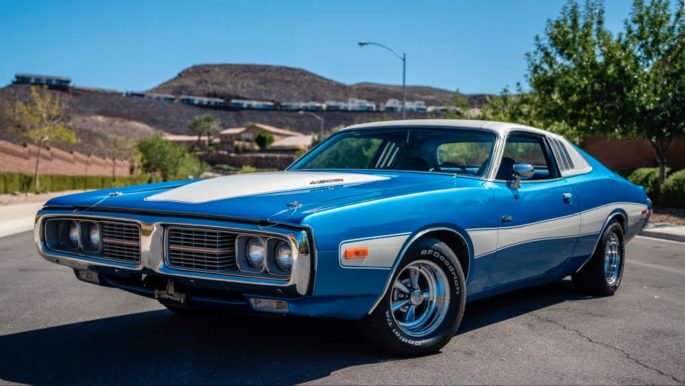 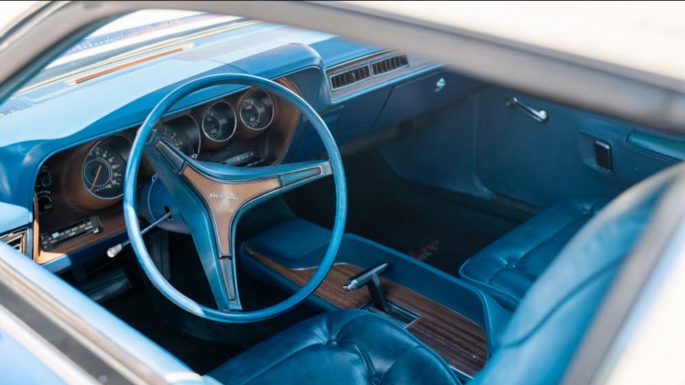 Our first contender is the moment when muscle started to leave the Dodge Charger in favor of comfort. Having been redesigned in 1971, the Charger (along with all of the Chrysler B-body cars) had gained a fuselage shape, a big hoop-style bumper up front, and funky quarter window treatments. By 1973, the Hemi and 440-6 were gone, and while the 440 was still around, it was plainly obvious that it was down on power. The SE package added to this “mature brute” look that Chrysler was trying to move to, with the padded roof, the strange triple opera window treatment for the quarter windows, and more. A big car that had to have become a royal nightmare when the fuel crisis hit, the Charger SE might have been the first inkling that things were suddenly not right in Auburn Hills. The 1970s would prove disastrous for Chrysler, nearly sending the whole company under, yet in 1973 there wasn’t the same level of fear for the well-being of Ma Mopar. Old school power, some comfort additions to ease up the disappearing horses, on a design that was coming straight from the zenith of the Supercar Era. This is how the 1970s started, but is it representative of the whole decade? 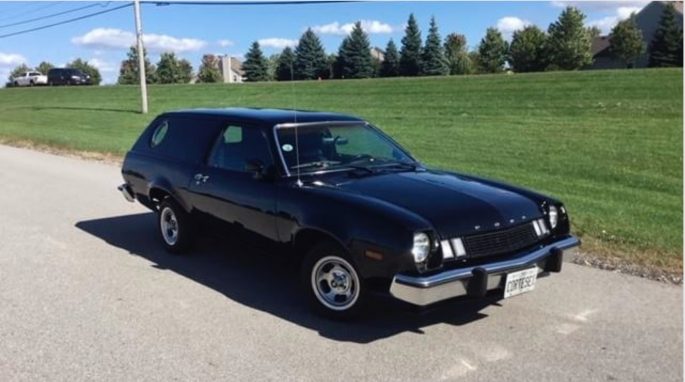 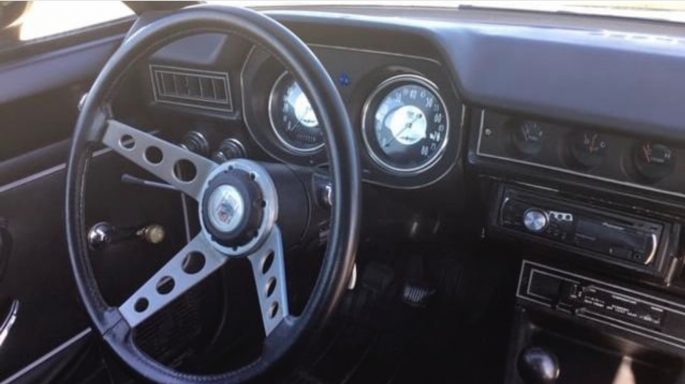 For years, consumers had been kicking back at Detroit’s “low, long and wide” offerings with one word that stuck like a knife in each corporation’s rib cage: “Volkswagen”. Small, economical, cheap yet durable, the Type 1 Bug was an annual pain in the ass for Detroit. One competitor was bad enough…but then came Toyota. And Mazda. And in the mind of many in Detroit who had still-vivid impressions of World War II to reference, they were seeing an invasion of imports. And the public was eating them up. Even before the gas crisis, manufacturers were at the drawing boards, looking to send VWs and Japanese offerings running for cover…except, they kind of botched things. Chevrolet’s Vega had all sorts of issues, the AMC Gremlin was a bigger car made smaller by cutting off it’s hind end, and Ford’s drama with the Pinto is well-known and documented. But the Pinto lasted through the 1980 model year, explosion risk be damned. This is a rare unit, a Cruising Wagon (note: porthole window) that was ordered from the factory in all-black, no stripes. A 2.3L four-banger provided enough power, a four-speed stirred that power around, and the original owner sprung for the upgraded interior kit. Just enough comfort in a smaller package that had a trendy kick…does this represent the 1970s more?

10 thoughts on “BangShift’s Question Of The Day: Which Of These Two Cars Represents The 1970s More?”