Whatever Happened To That Ford GAA-Powered Mustang? 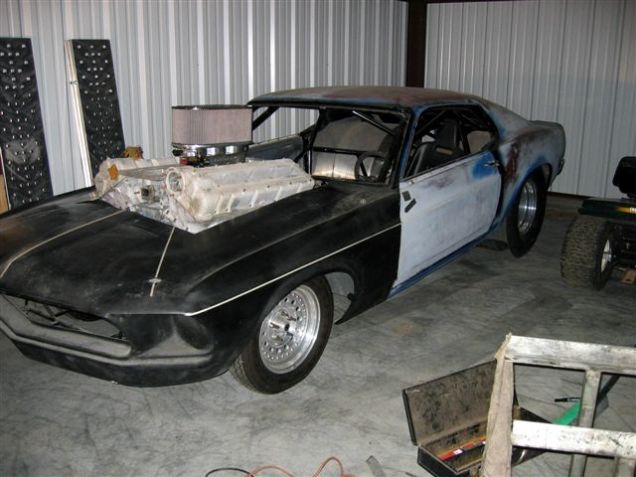 Picture, if you will: an all-aluminum 32-valve DOHC V8 producing 500 horsepower, coming from the factory built to kill and meant to take an absolute beating at the hands of the operator. Ford did just that…in 1940. It’s the world’s largest V8, the GAA. It comes in at a jaw-dropping 1,100 cubic inches of displacement (that’s a flat 18 liters to you metric types) and chucked out a solid 1,000 ft/lbs of torque from idle to 2,200 RPM. Found in certain variations of the M4 Sherman tank (namely the M4A3 variations) the GAA proved to be a capable enough tank power unit.

About ten years ago rumors started to float around that one of these tank mills was being shoved into something that was supposed to be a 1970 Mustang. Photos and even a couple of YouTube videos managed to make an appearance, but quick research doesn’t show any further evidence of such a beast being finished. Part of the reason might have something to do with the GAA’s fuel consumption rate (MPG: You don’t wanna know) but even for a wild built like that, you’d think it’d be done. Anybody got any leads on what happened to the ultimate mountain-motor Mustang?

The Things You Find In The Yard: How About The Nitrous Kit On This Crunched Mustang? B&M Has All New Magnum Grip Shift Handles In All Kinds Of Colors

9 thoughts on “Whatever Happened To That Ford GAA-Powered Mustang?”