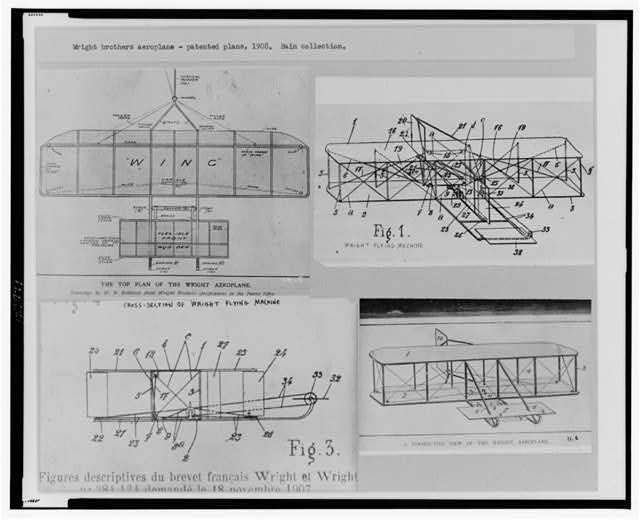 As racing season has cranked up again and I am spending some time flying the friendly skies, it has allowed me to crank up my bookworm mode pretty hard. I often run book reviews here on BangShift and I try to be as honest as possible about my experience with the material because in the event you buy it, whether you agree with my general assessment or not, you at least know what you are getting into. That’s the beauty of cracking a book especially non-fiction books (that’s all I read) because invariably you are going to  learn something about historical events or people you didn’t know when you got started. I find this to be rewarding, especially if what you learned raised the profile of this person or event in your mind but perhaps doubly so if it makes you question your knowledge of them before you started reading.

Such was the case recently when I chewed up a book called Birdmen: The Wright Brothers, Glenn Curtiss, and The Battle to Control the Skies. This book was an amazing look at the early history of powered aviation and it centered around three people as the title eludes to. The amazing thing is that the battle was fought on two fronts. Curtiss fought it on the technological front in the sky and the Wright brothers fought it in the courtroom, ultimately squandering the chance at potential world domination of the market. It is stunning stuff.

In a nutshell, when the Wright Brothers created the first powered heavier than air craft to carry a man in flight they solved a riddle that had vexed man for centuries and living in the age of industrial barons as they did, the brothers knew what the potential value of their creation was. Since the US Patent office would not patent an airplane that did not actually fly and they had the only one, it seemed that they would spend the rest of their lives raking in money from all corners of the globe from inventors and aviators who would build crafts using their ideas and owe them licensing fees, etc. The big thing was how the airplane was controlled, which was through flexing the wings to turn. Curtiss essentially invented “flaps” but as part of the wing the Wrights believed that it was infringing on their design. How the two parties went from here defined them. Curtiss pretty much went on developing planes and being one of the more brilliant minds of the 20th century where Wilbur and Orville treated their lawyers like kings and the court room as the most important place they could be. They sued everyone.

Sometimes they won and sometimes they lost. The problem is that the energy and time expended not on developing new planes or technology and essentially stunting the evolution of aviation cost them dearly. The world advanced around them and as history shows, the Wright flyer wasn’t exactly the prototype for the airplanes of today, but I digress. The brothers fell into a classic trap and it is a trap a few companies in the aftermarket have fallen into over the years, where the legal team is more important than anyone else. Now don’t get me wrong, when a man is getting screwed he has the right to hollar and plenty of companies have done so over the last several years to stop knock offs, illegal imports, and other trade issues that they rightfully need to fix. It is when the guns get turned inward that everyone suffers.

In the case of the Wright brothers, if they had not been so paranoid about trying to create and maintain a monopoly over the world aviation market they probably could have gotten there naturally. Had they brained up and ego’d down they would have called Glenn Curtiss, made him an offer he couldn’t refuse and taken him on into their company to create a triumvirate of brilliance that we’d all be glowing over still today, but they didn’t. They chose the wrong hill to fight on and it cost them everything in the end.

While the formal legal system is not usually involved in such disputes, the racing world is full of this mentality. When someone goes fast they must be doing something wrong. The “protest posse” mounts up and all of a sudden a guy who probably worked harder than anyone else is being torn down to find his “unfair advantage”. It is disheartening but there are lots of guys who wouldn’t do it, even to an enemy. A really, really good top fuel crew chief once told me that no race car in history has ever gone faster because the team spent a lot of time thinking about and talking about what someone else was doing. In fact, championships are often lost on that premise in all forms of motorsports. It is the teams that can concentrate on their operation and that one only that ultimately prevail. Such was the case with Glenn Curtiss. While the Wright brothers were killing military officers during trial flights for a potential contract, Curtiss was developing the JN-4 which would serve in the military (where the Wright plane failed) and would go on to become the most important civil aviation airplane in US History.

Throughout time there are great examples of guys or industries that ignored threats which led to their downfall. That’s human nature. That’s an issue of failing to see how the future is going to work. What’s more interesting to me are the people and companies who get so paranoid at the thought of competition (the fair kind, not the sneaky knock-off kind) that they expend their most valuable resource which is time in attempting to crush the other people in their field rather than figuring ways to work with them to raise or change the game. We have seen it in modern times with Steve Jobs and Samsung. Like a dog with a bone that won’t let go.

Where will you win yours? 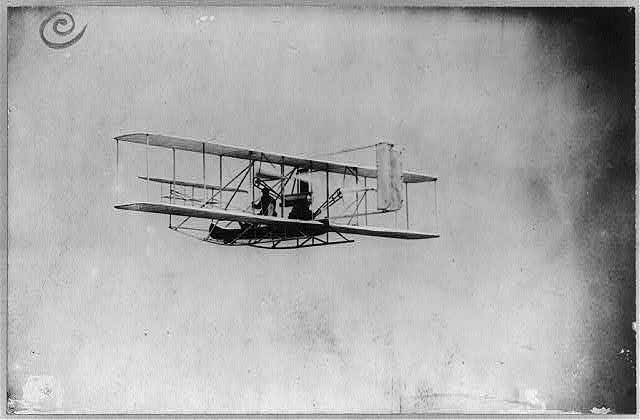 Planning A Road Trip This Summer? Be Sure To Check Out The National Museum Of The US Air Force At Wright-Patterson AFB! This Twin Engine Tiburon Is A 10-Second Drag Machine And A Tire Killer Like None Other