Caption this Photo: Must be a Tough Neighborhood 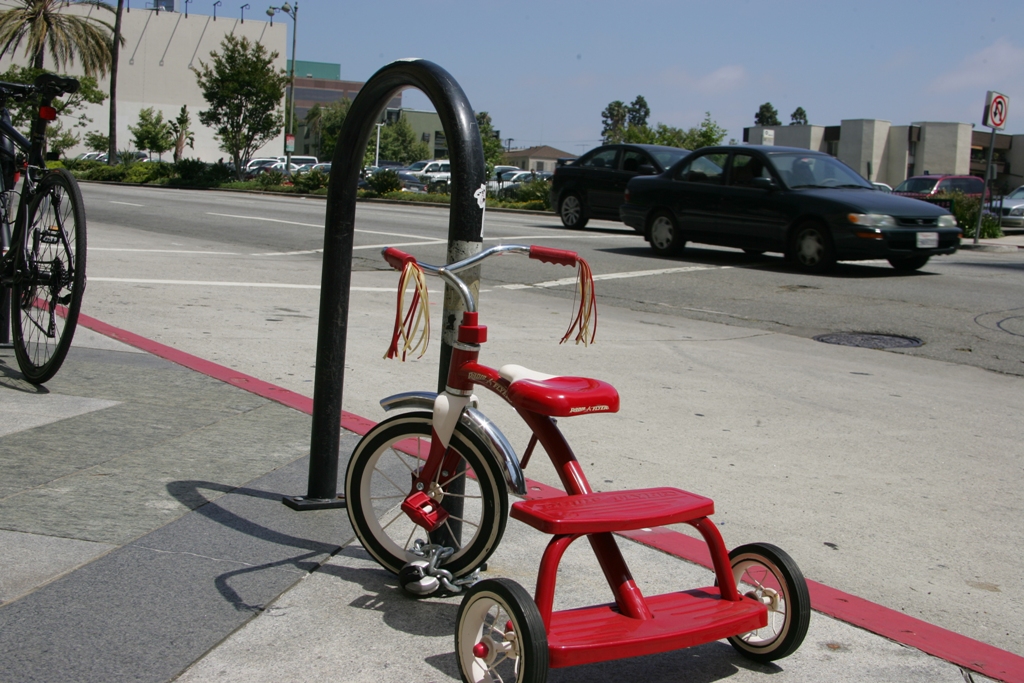 (Photo by Chad Reynolds) – Last weekend Chad was cruising the streets of LA with his camera in hand. Normally this would be a recipe for the police to arrest him for doing something inappropriate or illegal. The good news is that my phone didn’t ring and the BangShift army of cheap suit equipped lawyers was not pressed into action. Chad did manage to catch a pretty curious photo during his day walking the beat.

Right there on the sidewalk was a little tricycle padlocked and chained to a bike stand. There’s got to be some back story here. Did a little kid pedal this sucker all the way to this spot with the chain around his next Flava-flav style? Did the kiddo some with a BA Barracus style security guard that had the chain and honkin’ pad lock?

Chad didn’t stick around the find out and we don’t blame him. Any place that you’ve got to lock up the trike with a chain capable of dragging a locomotive is no place to be spending extended periods of time! 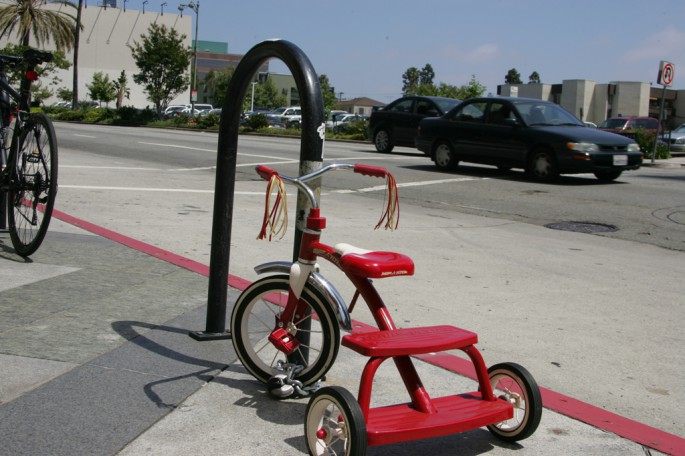 5 thoughts on “Caption this Photo: Must be a Tough Neighborhood”